BONO: A Look at the Man Behind the Music

“It‘s not the critic who counts. It’s not the man who points out how the strong man stumbles or where the doer of deeds could have done better. The credit belongs to the man who’s actually in the arena, whose face is marred by dust and sweat and blood, who strives valiantly, who spends himself for a worthy cause.” ----President Theodore Roosevelt

The Man Behind the Music

Bono has had huge success as a musician with the band U2. Another area of great success for Paul David Hewson, who is known to most as just Bono, is his motivation to help people who are suffering. He is also co-founder of The ONE Campaign.

Bono is very confident on stage, and in reality he is very genuine and humble. One can truly appreciate his heart and feel his passion for the less fortunate.

Most everyone who know Bono, know that he grew up in Dublin, Ireland. He had a Protestant mother and a Catholic father. He is uneasy with religious labels because of what he experienced during the 1970s, with the “Troubles” of that time. However, Bono is a believer in Jesus Christ, and professes Christ as his Savior.

Bono lost his mother when he was about the age of 13. Years later, he discovered a film that a distant family member had of his mother at the age of 24. She was just playing rounders on the beach. He was bracing himself to watch the VHS, but then he just saw this beautiful creature running in this kind of Super 8 movement after having hit the ball. He looks forward to meeting her again. Music is what filled that loss in his life and it deepened his faith. His relationship with his father was a bit strained. Bono referred to him back then as sergeant major for he was just trying to keep him in line and dealing with his own grief.

U2 - Live in Chicago '05 Support the One-Campaign!

“The Lord is close to the brokenhearted and saves those who are crushed in spirit.” (Psalm 34:18)

How It All Started

Bono met his wife, Ali, the same week he joined U2. She was 15 and he was 16. He calls her an extraordinary woman. They have been married for a very long time, and Bono fees that he still has not quite gotten to know her. They have been through everything together.

Bono had a friend, Reggie Manuel, who drove him to meet Larry Mullen, who had placed a note up on the board in high school, looking for people to join The Larry Mullen Band. Bono did not want to go, as he was so shy. He was shy to confront that side of himself, even though he knew, as a kid, he would wake up with melodies in his head. He describes it as inherited wealth. It is a gift. He understands it was a gift, and so he tries to not be arrogant about it, as other things do make him arrogant, such as insecurity, which seems odd. Bono states that insecurity is one's best security, if one is an artist. He writes out of that emptiness, trying to fill that hole, that void, which probably came out of loss for him. Music fills that God-shaped hole for him.

When Bono started working with governments around the world, and particularly the U.S. with PEPFAR and other efforts, such as the TED Conference in Long Beach. Amazingly, over 7,000 children each and every day live because of that collective effort, where Bono really did push in the beginning when it comes to AIDS and helping children get through disease and malaria and other things. In addition to that, fifty-one million children in Africa can go to school because governments can allocate resources to education. That is visionary and comes right from God’s heart. Bono believes that when you align yourself with God’s purpose as described in the Scriptures, something special happens in your life. The ONE Campaign.

It is so important that we be able to work with people with different expressions of our faith and be the hands and feet of Jesus as we reach the poor, and the widows and orphans, and do the things the Scripture and the Lord asks us to do. And Bono is doing it!

One of the reasons Bono became an activist is due to the waste of human potential, and the job of love is to realize potential. When one sees lives squandered in the developing world because they cannot get access to medicines that we can buy anywhere, or they cannot vaccinate their children for measles, then one knows something is up. This is the area Bono feels strongly in his heart where he must serve.

Bono thinks of the Psalms in the Bible as “The Blues” and he likes David in the Bible, because he is a musician. He believes it is very important that Christians be honest with God, just like when David's (of the Bible) life turned upside down when Saul tried to kill him by throwing a spear at him, and he had to run for his life into that cave where he hid on the edge of Israel and wrote the psalm.

Bono is cutting edge and many “religious” folk may think he is a bit too edgy. However, he believes we have to be a bit more cutting edge and not look to the obvious signs of righteousness. Jesus was very suspicious of them. Bono looks deeper into the actions.

Jesus begins His ministry by walking into the temple and said “that the blind may see, set the captives free, the poor …” Apart from personal redemption, which is the key, the second most important drive of the entire New Testament is against injustice and where we see it, in little or large ways.

When asked by a journalist about how so often those that struggle with accepting Jesus Christ as their Savior---the idea that He is the Messiah, and what his thoughts were, Bono stated that Jesus does not let you off the hook. The Scriptures do not let you off the hook so easily. So, Jesus died on a cross as “King of the Jews,” as the Messiah. In fact, if He had just given that bit up, there would not have been the crucifixion. And Pilate was saying it is unnecessary. Everyone was saying, “this is kind of mad,” as Bono puts it, because when people say, “good teacher,” “prophet,” “really nice guy,” this is not how Jesus thought of himself.

So you are left with a challenge in that, which is either Jesus was who He said He was, or a complete and utter nut case. You have to make a choice on that. And Bono believes that Jesus is the Son of God. However, Bono feels that we should be very respectful of people who find that ridiculous and people who find that preposterous. Bono sees this on a poetic level. The idea that there’s a force of love and logic behind the universe. In the Book of John in the Bible, we have, “In the beginning was the Word, “…”and the Word was” which Bono gets the sense of this unfathomable love and logic behind the universe. But it has to describe itself, and then you see this child born in straw.

It is so perfect to him in that, one does not have to go a university and have a Ph.D. to understand it, just go to the person of Christ. That is how he does it, and Bono says it can be very annoying following this person of Christ around because He’s very demanding of your life.

Bono believes that it is so important, where the quote speaks to the self-righteousness of humanity. The hypocrisy of the human heart is a remarkable thing. And the piety of the faithful can be a really annoying thing – and judgmentalism. Bono believes it is so, so important, to not be judgmental.

Boldly Proclaiming Christ to the World

At the end of their concert, U2 closed with 2 songs lifting up our God. They begin with the powerful song "Yahweh" and end with a song "40" which is their interpretation of Psalm 40. It's truly awesome to see such a huge band boldly proclaiming Christ to the world.

"For the director of music. Of David. A psalm.

1 I waited patiently for the Lord; he turned to me and heard my cry. 2 He lifted me out of the slimy pit, out of the mud and mire; he set my feet on a rock and gave me a firm place to stand. 3 He put a new song in my mouth, a hymn of praise to our God. Many will see and fear the Lord and put their trust in him.

4 Blessed is the one who trusts in the Lord, who does not look to the proud, to those who turn aside to false gods.[b]5 Many, Lord my God, are the wonders you have done, the things you planned for us. None can compare with you; were I to speak and tell of your deeds, they would be too many to declare.

6 Sacrifice and offering you did not desire— but my ears you have opened[c]— burnt offerings and sin offerings[d] you did not require. 7 Then I said, “Here I am, I have come— it is written about me in the scroll.[e]8 I desire to do your will, my God; your law is within my heart.”

11 Do not withhold your mercy from me, Lord; may your love and faithfulness always protect me. 12 For troubles without number surround me; my sins have overtaken me, and I cannot see. They are more than the hairs of my head, and my heart fails within me. 13 Be pleased to save me, Lord; come quickly, Lord, to help me.

14 May all who want to take my life be put to shame and confusion; may all who desire my ruin be turned back in disgrace. 15 May those who say to me, “Aha! Aha!” be appalled at their own shame. 16 But may all who seek you rejoice and be glad in you; may those who long for your saving help always say, “The Lord is great!”

17 But as for me, I am poor and needy; may the Lord think of me. You are my help and my deliverer; you are my God, do not delay."

Bono Grew Up in Dublin, Ireland 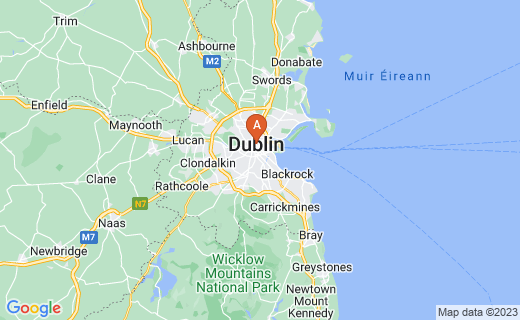 Never Give Up for You Never Know What God Has in Store for You and Many Others!

On March 5,1982, I saw U2 in concert in Tampa, Florida, where they were the warm-up band to the J. Geils Band. They were just starting out then. Unfortunately, they were booed off the stage as their music was so different than that of the J. Geils Band (you now "My Baby is a Centerfold," plus they were unknown).

I praise God they did not just give up and quit due to rejection! Think of what a difference has been made in this world due to the band not breaking up. Always remember, whatever the gift you have been given, you are to use it to the full, just as Bono has, to His glory, where many millions have reaped the benefits!