The following are some basic approaches that bass players use when creating their parts. The concepts are listed (more or less) from the simplest to the most difficult. This is not to say that one plays the more complicated things the better they get—in fact, some of the best players create very simple parts. A good player knows what’s best for the song.

This is following the guitar or keyboard player’s chord changes. Ex. If the guitarist plays an A minor chord followed by a D7 chord, then the bassist plays the single notes A and D at the same time the guitarist does. In this case, the bassist is not concerned with the type (major, minor, 7th etc.) of chords being played.

How to Memorize the Notes on the Guitar Neck

There are a couple of general ways to approach the rhythm when accompanying a chord player:

Note: The same rhythm, or counter-rhythm idea would be applied to any of the following approaches as well.

Same as playing roots except there’s a choice of whether to play high or low. These are great for accentuation's and are the core of the slap style bass technique.

This is the basis for so many bass lines and so many styles. It consists of the root note of the key and the 5th note of the key— often with the octave incorporated. This pattern works on most chords regardless of type (major, minor, 7th etc.)with the exception of chords that contain a flat or sharp 5th instead of the regular 5th.

Playing chords on bass is usually accomplished in a melodic way, which is to say that bassists will for the most part play the notes of a chord individually (melodic). This, as opposed to guitar and keyboards who tend to play the notes simultaneously (harmonic). The reverse is possible but not as frequent.

There are four basic triads:

When deciding to use triads for a bassline, it absolutely necessary to know what kind of chords the rhythm player is playing. It usually doesn’t sound good if everyone’s not playing the same chord. The most common triads are the major and the minor.

When starting on the root note of a chord there are three places the 3rd and 5th can be in relation to that root; on the left, in the center or on the right.

The following examples show the basic triad and the triad with the octave.

Five note scales that are basically triads with two extra notes. There are two basic types:

Pentatonic scales are the next step to adding more to a bass line. They are the triad plus two more notes from the major or minor scale

The following major pentatonic scale patterns contain the 2nd and the 6th notes of the major scale as well as the root, 3rd and 5th

The following minor pentatonic scale patterns contain the 4th and the flatted 7th notes of the minor scale as well as the root, flatted 3rd and 5th

This is probably where the most work is in memorizing because there are so many of these scales and contexts with regards to proper usage. The major and natural minor scales are usually the first full scales to learn.

When starting on the root note of a scale, just like the triads, there are three places the rest of the notes can be in relation to that root; on the left, in the center or on the right.

These are notes in between the scale and chord tones. These passing tones are often used to make a pattern come out rhythmically right as well as adding some musical color.

Learn the Notes on the Neck

How to Play in a Band

On Becoming a Better Musician 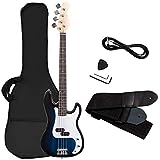