Beach House – back with another hit album Teen Dream

(Since the writing of this hub - Beach House have just been snapped up by Guinness to provide music to their latest Advertisement. Just so you know the band is better than amazing now!)

Every now and then, a band comes along that makes us sit up and take notice. Beach House, a two – person American band have released “Teen Dream” their newest album. And it’s a corker! As an album, “Teen Dream” is dripping in quality and clever atmospheric music. The female vocalist has a haunting quality to her voice. The album comes with a bonus disc featuring all the videos of all the songs, and a bonus film to boot, a bold move for this duo from Baltimore in Maryland, a rising Mecca for American music. Beach House move with the times, building on their previous success. They are on a mission to bring their music “message” with missionary zeal to the masses.

There are no random events or tricks or gimmicks at work with Beach House. They are a band with a plan. “Teen Dream” solidly follows the flow from the previous two albums from French-born Victoria Legrand and Baltimore local Alex Scally. It is the same Dream pop, indie rock, electronic, baroque experimental sound that became their calling card on their debut album, self-titled “Beach House” in 2006. As a band they stand out. First out of the traps flies the catchy song “Walk in the Park”. (To see a full account of this and all the music, see the track listing and track reviews below.)

The new album has been aired across America to rave reviews. CheekyChicago.com gave them a great two- thumbs up vote, and the concerts they have performed in have all been packed. Beach House is definitely one of the best Indie Bands to come out of the USA in several years. Allmusic.com gave them a great review, and Pitchfork ranked their debut album in the Top 50 Best albums of 2006, scoring at number 16. Apparently Victoria Legrand is the niece of Film music composer Michel Legrand and singer Christiane Legrand. Alex Scally hails from Baltimore and plays guitars and keyboards, while Legrand plays organ and is lead vocalist. Her voice is a key strength of the sound of Beach House, and is instantly recognisable. Their music has been said by some to resemble the kind of music that appears in Davin Lynch films. Much has been said of the clever quality of the song-writing that seems tailor-made for a woman of her talent. Only Amy Winehouse or Duffy could match the quality of her voice. But could they do justice to the intelligent song-writing? No. 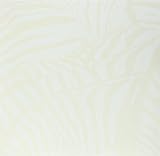 Beach House did a cover version of “Play the Game” a Queen Hit Single for the red Hot album “Dark was the night”, one of its best contributions. Their First album “Beach House” was followed up by “Devotion”, which spawned the single “Used to be”.

They are influenced by the likes of Neil Young, The Zombies, Brian Wilson and Christ Bell. Their producer Chris Coady also produced The Yeah Yeah Yeahs, Grizzly Bear¸ and TV on the Radio. In a change from the usual system, your scribe Cheeky Girl (Cassy) and friend Hubber Astra Nomik (Cathy) now take up the review of the album – track by track. Cathy is hearing Beach House for the first time.

Cassy: The Song does not overwhelm her at all. Her voice puts manners on the music, never letting it let get one up on her, if that makes sense. Music and singer harmony with each other. This song is addictive, and begs to be heard again and again. It never strays beyond those certain carefully planted notes and keys. Lucid and surreal and dream like. I love it.

Cathy:Another strong song, very plaintive, this song appeals to me.

Cassy: This is bordering on anthemic, this woman is growing on me, and she rocks as a singer. Brilliant production values here. Perfect song, perfect tune. She is a better singer than she was on the previous 2 albums (Beach House and Devotion).  There’s more to like here and watching the videos too, it’s very satisfying - nothing is over-stated. Songs 2 and 3 blend nicely into each other.

Cathy:My favourite song so far. This is clever, part of the music is off-key, and sounds very trippy and...

Cassy: ... and elemental. There is an earthy, human quality of all these songs. There is a definite dream-like quality to each of these songs. The video is minimalist, but there’s a dark quality at work here too, and it’s in the music too. Her voice is just awesome. People compare her to Nico. How good is that? 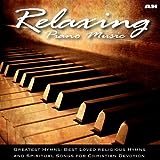 Cathy: This is a very strong tune, very catchy again, and it really pulls at my heart.

Cassy: It is strong music, great lyrics, the lead singer is a genius. She can reach not only any note, she has a lot of power in her voice. Is her voice matured by life or many vodkas? She has a fantastic timbre quality to her voice. She really sounds out every broad vowel in her delivery. I would listen to her all night. She can tell stories with her voice alone. A highlight of the whole album.

Cathy: This band is amazing. Now looking at the video disc that comes with the album. This a funny video.

Cassy: So far this album reminds me of a holiday I had in Italy and there were musicians on the beach playing guitars and organs. There’s a strange carnival or public street performer aspect to this music. I can’t put my finger, but its music I associate with my childhood that haven’t heard in a long time, properly sung music. Almost music box like quality. Something sparkling from inside this music. It’s alive in there. It feels strangely like home. I see why people hear shades of the Beach Boys their music. The video is hilarious! A guy with abnormal face hair being beaten up in mimed fashion by some weird looking people.

The Single - "ZEBRA" by Beach House

Cassy: Nice song, love the way the song goes up a notch into fuller sounds just into the beginning. Each song is almost like a memory, and it lasts and lingers in a nice way. It really grows on you. This used to be a single in 2008, I remember downloading it on their site. They made it better here. Contender for best on the album so far.

Cathy: I would want to bring this on a journey or holiday with me. This music makes me feel good.

Cassy: Can I come along? *laughs* Hearing organs and simple instruments in their music creates deceptively simple but effective songs. Victoria’s voice at times sounds almost operatic in this track. Memorable and just divine. I’d love to hear her do a duet with Empire of the Sun, the Ozzie band.

Cassy: Guitars add a lovely accompaniment in this song – it always averages better than most 3 minute pop crap on the radio. This music really appeals to me. Some sixties and seventies bands sounded like Beach House.

Cathy: This is one of my favourites again. I haven’t heard anything as good as this in ages. I would buy this album just for this track - tracks 1, 3, 4 and track 8. I am stumped now because there’s more reasons to like this music.

Cassy: This might be the best song so far here. There’s lots of great music here to enjoy. There is the electronic element in this particular song that makes this track so good. All tracks up to now are very strong tunes, and there is a cinematic quality to this track and track 4 that I really like. Victoria Legrand lent her vocals to “Slow life”, a song by the band Grizzly Bear, and used in the film Twilight: New Moon. On Teen Dream, romance and relationships feature in many songs. That’s why it’s called Teen Dream.

Cassy: It’s a bit limited in its musical range compared to other tracks, but it’s a quality song. Her voice makes it good. Her voice is a one-of-a-kind voice. You remember it.

Cassy: The last song on the album. Clever writing here, like all the songs, really. I love songs that flow nicely. This music is fearless, not afraid of taking some risks. And it pulls it off. This track grows on me. It’s about someone who cares about and takes care of the person that the song is aimed at. It’s full of acknowledgement. This album is what I call serious music, and it will appeal even there, because so much stuff today sounds so NOT similar to this. Beach House are something different. REM pulled this off acoustically with all their best work. The production value is perfect. It sounds deceptively simple but obviously it was cleverly engineered. Rate this?

Cathy: Out of 10, I give it a strong 8 or 9. They added videos here, so make it a 9. I need to listen to it more. Track 2 is emerging here now also. But it does grow on me. The lyrics do resonate with me in a lot of ways. This has been a very enjoyable album to listen to. Thank you for the opportunity to help review it.

Thanks Cathy. So that is Beach House. It’s their third album and their best album by far. The bonus disc of videos are a joy as an addition. It rounds out the Band’s whole presence for people who have complained that they never saw enough of this band. I wish more music groups did this. I feel that it’s a reward for being a loyal fan.

Beach House are pushing their music and image ever more out into the big Muso-verse of downloads and mp3 music. The eager world of music fans who wish to experience the two amazing people behind this group, now have this double disc album as their reward. And it’s splendid. And they are a band we will follow through Hub Pages. So now is your chance to enjoy one of the best bands out there.

Join HUB PAGES! It's FREE! Choose your own ID.

Writers are born, not made.

You have a natural writing talent, and you should put that talent out here in the world for all to see and read. Are you an artist or Photographer? Then display your talent here in Hub Pages. Don't let it go to waste.

Join the hundreds of thousands who have already taken that step, and be an Online Citizen. It's your right.

It takes about 5 minutes and yes, it can even earn you some income here. They say in the Movie World that "film is cheap". Paper is cheaper. And the Free Online Hub Pages is just a few clicks away...