Looking for Halloween ideas for kids? How about Halloween movies for kids? When my kids were small, we loved gathering around a spooky film while munching on popcorn and sipping hot cocoa. Now I get to enjoy this with my eight grandchildren! I don’t like movies with lots of blood and gore, especially when I’m going to be viewing with children. A good spooky tale, however, doesn’t have to be bloody or gory to be totally enjoyable. In my humble opinion, the films below are some of the best Halloween movies for kids that you’ll find anywhere!

This movie was released on VHS in 1992 and stars Jeff Goldblum, Meg Foster, and Dick Butkus. I first saw this flick on television, and I loved it! I’ve always liked Washington Irving’s tale, and Jeff Goldblum is awesome as Ichabod Crane. I also like the scenery and costumes in this film. It’s made well and can hold the interest of kids and adults. Of all the Sleepy Hollow movies made, this is my favorite! 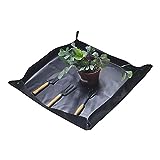 This is the old classic that stars Bing Crosby as Ichabod Crane. The flick is in cartoon form, and it includes Bing’s singing several catchy tunes. Crosby also serves as the narrator. Made in 1949, you know this is a kid-friendly Halloween movie! Even the youngest spook fans can enjoy this flick without nightmares.

It's the Great Pumpkin, Charlie Brown

This movie is always a big hit with kids. Made for television in 1966, the regular gang from Peanuts celebrates Halloween. Instead of joining the others in all the fun of trick-or-treating and a Halloween party, Linus and Sally wait in a pumpkin patch, hoping to be visited by the Great Pumpkin. Needless to say, this film is appropriate for all ages, but don't be surprised if it prompts some questions about Santa Claus, the Easter Bunny, and the Tooth Fairy.

What kid doesn’t love Winnie-the-Pooh? Heck, I’m over fifty years old, and I still enjoy watching the “silly old bear.” Here, it’s Halloween in the Hundred Acre Wood, and Roo and his best friend Lumpy can’t wait to go trick-or-treating. After Tigger tells them the tale of the scary Gabloon, Roo and Lumpy almost decide to stay home. They change their minds when they find out they’ll have a wish granted if they catch the Gabloon, they set out to find it. Great fun for all ages!

This 90-minute film was released in late 2000 and is a favorite with Scooby-Doo fans. The teenage detectives and their furry pal encounter all kinds of spooky stuff, including monsters, ghosts, vampires, bats, goblins, coffins, a scary castle, a werewolf, a zombie, and witches. The movie includes several stories. Kids will enjoy helping the gang solve the mysteries. Only the youngest of viewers should find this movie really scary.

Released in 2006, Monster House features the voices of Steve Buscemi, Ryan Newman, and Catherine O’Hara. The story line is about three kids who have a crabby old neighbor who lives in a spooky house. The kids discover that the house is actually a monster, and they try to get help, but no one believes their story. They finally get advice from Skull, a self-proclaimed expert monster killer. On Halloween night, the brave trio defeat the evil house. The movie is rated PG, but many parents feel that it’s more of a PG-13. Parts of this flick are pretty scary and might give young children nightmares.

This movie contains several stories about Halloween and fall. The cartoons run for 118 minutes. The tales in Little Bear – Halloween Stories are fun and low key, and they’re interesting. Because each story is short, it should hold the attention of even the youngest viewers. This is a great film for enjoying on a chilly autumn evening with your little ones!

If you’ve ridden The Twilight Zone Tower of Terror at Disney’s Hollywood Studios, you’re familiar with this movie’s plot. On Halloween night in 1939, five celebrities enter the elevator in the Hollywood Tower Hotel. When the elevator was struck by lightning, all five disappear without a trace. A reporter makes new discoveries about that fateful night and sets out to free the five trapped spirits. Stars include Steve Guttenberg, Kirsten Dunst, Michael McShane, and Nia Peeples. Rated TVPG, the movie contains some implied violence and some pretty scary scenes, along with some good (and spooky) special effects.

This film is based on the children’s books by Jill Murphy. Made for TV in 1986, this movie stars Charlotte Rae, Diana Rigg, Tim Curry, and Fairuza Balk as Mildred, a young witch student who’s having a tough time in the witch academy. It seems like everyone teases her and looks down on her, including her teachers. When the headmistress’s dastardly twin tries to destroy the witch academy, it’s up to Mildred to save the school. The epic struggle of good vs. evil is one of the main themes. The Worst Witch is rated G.

Casper came out in 1995 and stars Cathy Moriarty, Christina Ricci, Bill Pullman, Ben Stein, Chauncey Leopardi, Eric Idle, and Spencer Vrooman. The film is based on the characters of the Casper, the Friendly Ghost comic books and cartoons. Casper is very friendly, but his three fellow ghosts are loud and annoying. The action takes place at a spooky mansion, where a mean woman and her lawyer hunt for a hidden treasure. The film is rated PG and has some profanity. Some parts are sad, and the death theme might be hard for young kids to handle.

This 1993 movie stars Bette Midler, Sarah Jessica Parker, and Kathy Najimy as three witches who are brought back to life on Halloween. Centuries earlier, the trio had been hanged during the famous witch trials of Salem, and now they’re ready to get their revenge. Their efforts are thwarted by a little girl, two teenagers, and a friendly zombie. The film is rated PG and has no sex, no gore, and no nudity. There is a little cleavage here and there, however. While mild, as far as most scary movies go, a few images and ideas could be pretty unsettling for younger kids.

This 2005 movie is based on the book The Legend of Spookley, the Square Pumpkin, by Joe Troiano. It’s about a young pumpkin that’s different from all the other pumpkins in the patch. As a result, the other “normal” pumpkins make fun of him. He ends up making fast friends with three spiders, two bats, and a scarecrow. Spookley discovers that sometimes it’s good to be different when a big storm causes the round pumpkins to roll uncontrollably. This G-rated movie is 45 minutes long and includes good lessons for kids.

This is a fun, non-threatening movie about very likeable monsters. The Pixar film was released in 2001 and features the voices of John Goodman, Billy Crystal, Steve Buscemi, Mary Gibbs, and James Coburn. The story is about monsters that elicit screams from children in order to generate power. When a toddler accidentally enters the monsters’ city, two of the creatures try to return her home safely. The movie is rated G but has some mild violence. It might be slightly scary to very young viewers.

This classic film isn’t specifically a Halloween movie, but parts of it are spooky – especially when Scout and Jem are coming home through the woods from the school play. Also, they have a mysterious, somewhat scary neighbor who lives in a spooky old house. Actually, this is a great movie to watch any time of year, but I enjoy it most in the fall, for some reason. Based on the novel by Harper Lee, kids can learn a lot about acceptance, injustice, friendship, and racial equality by watching To Kill a Mockingbird.

Something Wicked This Way Comes

“By the pricking of my thumbs, something wicked this way comes!” This line from Macbeth serves as the title for Ray Bradbury’s novel and for the 1983 movie on which it’s based. The film stars Jason Robards, Jonathan Pryce, and Diane Ladd. The plot is about two boys who get involved with an evil circus that comes to visit their small New England town. The film is rated PG. Parts of this film are very intense, so it’s not appropriate for young children. For adults and older kids, however, this is a great tale!