6 of the Best Romantic Songs

Everyone who has listened to a pop station in the past year for any significant amount of time has probably heard this song. I'm still in love with this song, because there is something very sweet about a man loving a woman completely, even things that most people would consider as imperfections. It's a great song to put anyone in a sentimental mood, no matter what the occasion is. 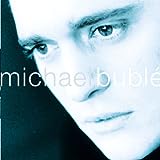 This jazz song was written by Irish singer-songwriter Van Morrison and has been featured in movies like August Rush, which is where I heard the song for the first time, when an Irish guitarist from a rock band is seducing the famed cellist of the New York Philharmonic. However, I fell in love with this song after hearing Michael Buble's cover of it on the album listed to the right, which is full of many other romantic songs, including "Sway With Me".

There is nothing bad about this song. It is incredibly lively both in beat and in lyrics and is an excellent song to listen to over and over.

"Sway With Me" by Dean Martin is my favorite dancing song out there. After all, it's about dancing and has the perfect mood to it. About a man who wants to dance* with one woman and only one, it is an excellent love song as well as playful and flirty.

*"Sway With Me" can also be interpreted to be about sex. However, slightly more subtle than "Moondance" about it.

Train's "Drive By" is about a man who screwed up but wants his girlfriend back. I like to think he means everything he says about getting scared because he was falling for her, and I think it's awesome he went back to her. At least in a song. The song is definitely joyful enough to make me believe he means it, and it's fun to sing as well. This is another good dancing song that can pull the heartstrings as well.

Even though this song is more about lust than love, I still included it because it illustrates the excitement in a good kiss perfectly. It is all about the rush you can get from a first kiss with someone you have good chemistry with and how you feel from it. I definitely think it's meant for first kiss or first significant other because at one point they make out during school "Learning things they don't teach in the classroom". A lot more for lust and not love, but still romantic song in my opinion.

Don't Want To Miss A Thing

This is one of my favorite Aerosmith songs, and it is definitely on my love song playlist. It is incredibly sentimental in a way only Aerosmith can do without being sappy or overdone. Worth listening to again and again, especially if you're in a sentimental mood.