Beyond Stereotype to the Heart of Spain

Spain is a land of history and romance - and of heroes.

Some of these heroes originally explored such laces as became modern areas like Central America, Mexico, Florida, and the Southwestern United States, even celebrating with thanksgiving meals long before Plymouth and Salem colonies were formed.

Other Spaniards helped France during battle in an uprising of the Maquis to defeat German forces in World War II. They applied guerrilla warfare all though WWII, although many people are unaware of their role in the conflict.

Old Mexico became home to acutal and fictional legends of Zorro, Pancho Villa, and gave rise the revered entertainer Mario Moreno Reyes, well known as ¡Cantinflas! in the middle years of the 20th century. This comedic entertaner became a solid advocate of children's and other humanitarian charities for many years, performaning substantial work that helped many. Unsuccessful in Hollywood and not taken seriously, even in his high quality comedy peformance, he returned to Mexico and much success. He is regarded as a Mexican hero in that country.

Other Hispanic entertainers in history have included Fernando Lamas, Ceasar Romero, Xavier Cugat, and Desi Arnaz, who enjoyed much greater success in part because of the advocacy of one of their own. Today, the benefits of this activism are enjoyed by Benjamin Bratt, Antonio Banderas, Jimmy Smits, Rosie Perez, Penélope Cruz, Javier Bardem, America Ferrera.

Cary Grant has remained the singular icon of high class style around the world. He developed his sense of style in integrity as a child at home, learning from his mother. At the same time, Ricardo Montalban has been a man of superb style, dating back to his childhood in Mexico City.

If parents could invest the effort into their children to develop lifelong style and integrity, our global society would be a better place with fewer problems.

Mr. Montalban exuded old European elegance, manners, charm, and graciousness to an extent that some film viewers assumed that he was a refined Spanish noble. This is fitting for his ancestry from Castile, a region that is associated with Queen Isabella of Spain and the Man of La Mancha.

From the 1940s – 1950s, this entertainer brought a fresh perspective to the old Rudolph Valentino romantic lead. However, he did not achieve screen super stardom. This was the norm for Hispanic actors. He began to raise the caliber of minority image on screen and stage, particularly Mexican actors. Montalban stated during this era:

“Mexican” is not a nice-sounding word and Hollywood is at fault for this, because we have been portrayed in an ungodly manner. 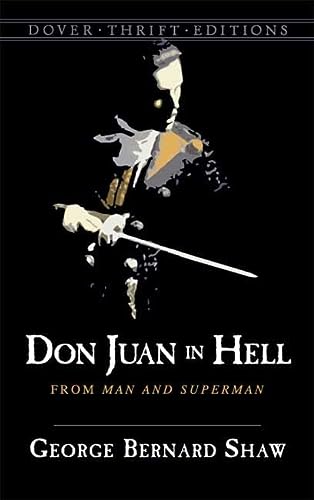 He remained visibly militant in his passion to help Hispanics and other minorities succeed in the entertainment business. This may have caused some employers to shy away form using him in their entertainment projects. However, he was never targeted by the Joe McCarthy Committee on Un-American Activities in retaliation during the Cold War years.

There is evidence that such entertainers as Ronald Reagan were pressured by McCarthy and Hedda Hopper (info furnished by Hopper's grandson) to become Republicans, but there is no record of Montalban being approached by any political or government faction.

Ricardo Montalban received increasing respect and a solid reputation as activist in the entertainment community, He was one that was known for providing wider-range opportunities for Spanish-speaking actors through the Los Angeles theater sector. From their, these actors increasingly noticed picked up by Hollywood producers.

Refusing to accept Hollywood's diminished and demeaning roles for Mexicans, Montalban founded and supported Nosotros. This foundation in Los Angeles is theater based and permits Latinos to work in the industry in order to hone their skills and step into the Hollywood spotlight with a high quality image.

Nosotros and Montalban's foundation purchased a histroic landmark, the Doolittle Theater, which was renamed in his honor in 2004. It was the first large theater, with 1200 seats, to feature the name of an Hispanic artist.

At the opening of the therater, Montalban stated, in part:

Many people do not realize that Montalban's first movie was made so early in the 20th century. Filmed in Mexico, it told the tale of Yugoslavian villagers during World War II. The townspeople faught to free five of their freinds that were held by the Nazis during the war. Although Spanish and Mexican, Montalban played many other ethnic minorities. Frustratingly, he was often turned down for Mexican roles in US movies in favor of non-Hispanic actors that imitated Mexican accents. All of his work in Meixco was serious dramatic acting.

Montalban filmed at least a dozen movies in Mexico in the 1940s, and one was the inspiration for his organization:

Fiesta (1947) - Montalban began filming American movies, this one a tribute to Mexican and Spanish music and dance. It was nominated for the 1948 Oscar for Best Music for a score by Johnny Green. This film contains one very good dramatic scene for Ricardo Montalban. His character plans to be musical composer, but his father wants him to become a bullfighter like himself. The younger man goes to a roadhouse and hears his own composition on a radio playin in the background and is inspired to seek his own heart. He goes to the piano and plays with passion. Throughout the film, his dancing is also excellent and he performed with the dancer Cyd Charisse and in other films, Ann Miller.

Ricardo Montalban was a serious actor in Mexico and a romantic and comedy star early in the US. However, he also played parts in mysteries, thrillers, and adventures. Alfred Hitchcock also hired him. He later played Claudius in Hamlet. Montalban played a list of nationalities that included French, Asian, and Native American. All collected, he acted in over 170 works of film, including voice work in cartoon features.

Of all of these, we know him best likely for his roles as Mr, Rourke in television's Fantasy Island and as Kahn Noonien Singh in Star Trek® TV/film. He was also well known for his commercials supporting Chrysler products and with his wife Georgia Young, Harlequin romance novels.

To me, he is a versatile actor that advocated for minorities in entertainment and global society, and he is the real Man of La Mancha.

Montalban on "Why acting?"