Hiya Billy, how you doing? Had a strange dream about you the other night. I caught up with you in my town and asked you to do an impromptu concert in the local pub.

My promise was that you do the singing, And I will get all our old friends together and a few locals and have a parteeey!

I did laugh when I looked you up online to see that in fact the day before my dream, that's exactly what you did! Only thing was that it was in Hinano's cafe in Marina Del Rey Venice.

The say connections go back a long way. Maybe I was picking up some vibes. Who know?

Seems you still got it Billy. Do you remember...? Na I don't suppose you do. Back in the late 70s when we all used to hang out in High Wycombe? Your were not just Billy Idol then.

You were part of the great Generation X band. God, did we have fun. We got so used to you playing Gigs in the Town hall, and other venues that we would drink our way through the bars then head out to start again with you!

I remember one time we were sitting on a couple of tall tables chatting away as usual. There were quite a few of us.

Me, Les, Denise, Nigel and you Billy. Suddenly for no reason you and my friend Lesley headed for the bathrooms and next thing all we heard and saw was the paper hand towels being thrown at each other! And Lesley laughing so hard she nearly fell over. Just a paper fight, but we all laughed at everything back then.

Oh those were the times. My favorite position seemed to be between your legs on stage! Sorry, that sounds terrible! lol! No, not like that. Nigel our friend would always pick me up and chuck me up onto the stage when you were singing. Many a time I lay there with you singing to me upside down! Well me upside down...yeah you get the picture.

Those were the days.

You may remember my friend Nigel Martin. He was the lead singer in the local band, The Xtraverts.

Along with Mark Riley the Guitarist, and Steve McCormack the drummer.

I and my other friends, Lesley and Denise were great friends of Nigel, and we always went to your gigs with them.

Everybody at that time had a little bit of fame come their way. But you Billy, you were the one who hit that big time.

Who would have guessed that you would be the one that would take America by storm? Back then it was just for the fun of being anti establishment. Great days.

Drinking, laughing and punks with red and blue hair, pins through their noses and slashed trousers!

It was probably the most colourful time in the history of modern music. Whatever happened to being spontaneous and outrageous?

His Music groups were Generation X (1976-81) and Chelsea plus Neurotic Outsiders.

He started out in the Punk Rock era. This is where and when I met him, being a totally Punk head myself!

This was the time of The Clash, Sex Pistols, The Stranglers. All the great names of the day. I saw all of them live. Great days.

I had both albums - Generation X- Followed by Valley of the Dolls. Signed too, darn it! Be worth a fortune now! lol!

Billy joined Siouxsie and the Banshees before the band actually took that name. This was back in 1976. And yes, I met our Siouxsie too! I remember her getting mad at someone in the crowd so she leaned down and whacked him on the head with the Mic! Great days! lol!

Billy hit the States around 1982 in the Second British Invasion music wise. His first Stateside release - Billy Idol - his first album, didn't really take off Even though White Wedding one of his all time greats now, was being played all the time.

'Dancing with Myself' Album introduced the American public to Billy Idol. This was quickly followed by Rebel Yell in 1983. And, as they say, The rest Is History.

Sexy but Very Cute! This Is How I Remember Him.

You were so cute back then. You are not that tall, oops sorry, is that a secret?

And your face was so sweet. But then you opened your mouth to sing and Wow! Those notes soared across the Hall and belted out when you hit the hard and high notes.

I still smile when I see you do your lip thing. We would all do it back at you. They were the days of laughter, town hall bands, and just fun.

All the Punks with our red, blue and orange hair. Pins dangling from our ears and nose. Oh and don't forget the ripped trousers and razor blade earings!

And of course, so many of us crowding into the venue just to sing along with you.

They were the time of Siouxie and the Banshees, The Jam, and many others who didn't make it big.

They were the good times Billy. I expect if you read this you'll say who the hell is she?

Yes you have met tons of people over the years, and our paths separated in the late 70s.

That's okay. I totally understand. Just remember me and my friends as part of the crowd you sat with long ago, back in the days when you started out in High Wycombe.

I dreamed of you. Funny that. So here's my tribute to you. All your great hits. Take care Billy.

Love Billy? Sure do! 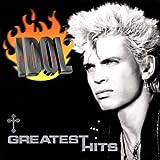