In 2011, Trey Parker, Matt Stone (best known for South Park) and Robert Lopez (best known for Avenue Q) released Book of Mormon on Broadway. The show was a smash hit, winning multiple Tonys (including Best Musical) and Grammies (Best Musical Theater Album). In 2013, Book of Mormon went on its second national tour. After years of dying to see this show (2 to be exact), I finally had a chance to see it at Cleveland's Playhouse Square. Suffice to say, the show was worth the wait.

In Book of Mormon, two devout Mormons - Kevin and Arnold - sign up to do missionary work in Africa. Kevin is sort of the stereotypical class hero type: Handsome and optimistic. Arnold is more-or-less the opposite: Insecure and socially awkward. He also has a habit of bending the truth and being a bit of a tag-along. Despite Arnold's desire to go to Orlando Florida, he and Kevin are sent to Uganda. Uganda proves to be a culture shock to the two Mormons (whose main knowledge of Africa comes from The Lion KIng) as they are robbed at gunpoint and forced to face the harsh realities of AIDS, poverty, female circumcision, and - worst of all for our intrepid heroes - The Ugandans' somewhat blasphemous sayings. They also butt heads with General Butt [expletive deleted] Naked. Despite these setbacks, Arnold and Kevin are encouraged by their eccentric fellow Mormons to reach out and teach the Ugandans about the teachings of Joseph Smith. Their adventure is punctuated by Arnold's fibbing to tell the story, Price coming to terms with the naughty things he has done in his life and Arnold's relationship with a native girl (whose name he can't pronounce calling her "Bon Jovi and "Nikki Manaj").

In terms of musicals, there are two main types: Book musicals and concept musicals. A book musical is a typical narrative story where the characters talk and carry out the story normally. However, certain emotions and situations are so big that they just have to sing! Oklahoma!, My Fair Lady and Mary Poppins are examples of this. There are also concept musicals - musicals where the music takes center stage. They do have stories, but without the music, the stories might seem a little less impressive. Jesus Christ Superstar and The Rocky Horror Picture Show are prime examples. Over the years, the lines have blurred. Book of Mormon is one of those plays that falls into that grey area. Yes, there is a coherent narrative that could be theoretically made into a story without the music. However, there is a little more emphasis on the music - in fact, the first half of the second is almost wall to wall music. Of course, this style could also be chalked up to the fact this is a screwball comedy. The jokes and the music are the emphasis of this show as they should be.

Naturally, the songs in Book of Mormon are an absolute blast. With Parker and Stone, it should come as no surprise that the lyrics are absolutely hilarious. However, one truly impressive aspect is the amount of genres covered in these songs. Obviously, there are show tunes ("Hello"). The African setting lends itself to some world music ("Hasa Diga Eebowai" - my favorite song from the show, and I am not going to spoil what that means). "I am Africa" is a clever spoof of charity of songs such as "We Are the World." However, there are also songs that blend multiple genres together such as the audacious "Spooky Mormon Hell Dream." This song combines rock with a demonic chorus singing demonic incantations in the most upbeat way possible. Subtract the humorous lyrics, audacious themes and vulgarities, and many of these songs sound as if they could belong in serious Broadway productions. In the long run, that actually makes them all the more humorous: The characters sing about sing about repressed homosexuality, baptism as a metaphor for sex, and general cultural misunderstandings. All the while, they do so and play it completely straight. I admit to not knowing a ton about Robert Lopez's body of work, but after seeing Book of Mormon, I may have to follow his work a little more closely.

Although it serves mainly as a device to move from one song to the next, the dialogue is peppered with pop culture references, social satire and body humor- everything we expect from Parker and Stone. The pop culture references are pretty funny with no only allusions to, but appearances from characters from Star Wars, Lord of the Rings and Star Trek. Most of the references are pretty timeless, but they did sneak in a few timely references (the aforementioned Nikki Manaj joke). However, that is the beauty of theater: It is an ever changing art form. Unlike a movie, in ten or twenty years, this show's references can still be changed to match the trends of its time. Although not as vulgar as a typical episode of South Park, this is definitely one for the grown-ups - foul language, phallic references, and sexual innuendo are replete throughout this show. However, Parker and Stone have their ways with words. Instead of relying on the mere mention of no-no words, the naughty stuff is used in genuinely clever ways - often showing just how out of their element the two leads are. The dialogue is also pretty fast-paced. I laughed so hard at some lines and lyrics that I may have missed other jokes.

In terms of production values, Book of Mormon does not cut corners. True, some scenes rely on backdrops as opposed to full-fledged sets, but this only creates the starker contrast between the comforts of the Mormons' safe Utah homes and the harshness of the Uganda village - which was pretty impressive set. Also, sets such as the Mormons' Ugandan classroom relatively barren, but when the show is this good, I can take that with a grain of salt. What was truly impressive was the way additional sets - such as interiors and the backdrop for Hell were switched out at rapid speed. Lighting definitely played a role in creating scenes like the aforementioned Hell scene. The fact that these changes were made so quickly definitely helped keep the flow and tempo of the production alive.

Naturally, with a show like Book of Mormon, people might be concerned about the depiction of Mormons. After all, this is not exactly the first time Parker and Stone have taken a poke at Mormons. No doubt most South Park remember the episode "All About Mormons" ("Joseph Smith was called a prophet, dumb-dumb-dumb!") Similar themes between that episode and this show do surface, but the similar jokes are very brief. Even though they do take a few pot shots at Mormons and the validity of the religion, this show (like the South Park episode) also empathizes with them in a way. The Mormons are depicted as generally optimistic and upbeat. As silly and as goofy as the two leads are, they are also very likable. Parker and Stone do not exactly keep secret about people they generally do not like. (Remember, in an episode of South Park where the Taliban killed off the Jersey Shore cast because the Taliban was considered the LESSER of two evils.) The jokes about Mormonism come off more as teasing than outright hatred. In fact, programs for the show include promotional material for the REAL Book of Mormon with humorous taglines such as "You've seen the play... Now read the book" and "The book is always better." As for the depiction of Africans, the jokes seem more like a play on Americans' view of these people and the lead characters' naivete about them as opposed to genuinely bashing them. While Book of Mormon is hardly politically correct, it is also not cruel about its subject matter. 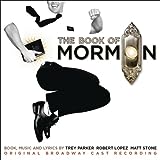