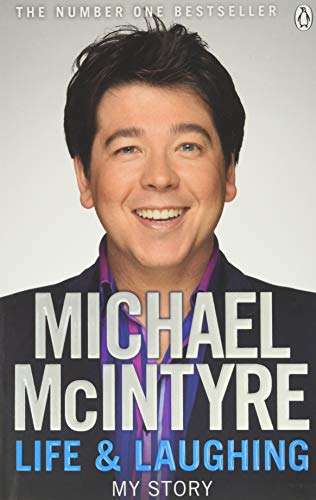 Beyond the Sky: You and the Universe
Buy Now

5 of the best British stand up comedians

What makes us laugh? There are many different types of humour and it is probably a key factor in human evolution - how important is sharing a sense of humour with your nearest and dearest, and why, in evolutionary terms, should that be so? Scientists are exploring the development of the sense of humour - see here for more details.

So, who are the funniest people in the UK at the moment? Stand up comedy has become big business over the last few years in the UK, with top UK comedians regularly filling huge venues such as Wembley stadium. A select few are generating huge incomes from tours, books, DVDs, and their own TV series and radio shows. Many UK comedians and comedy shows have different styles ranging from slapstick to satire, to impersonations and alternative comedy. Some owe their success to going on tour and filling out venues, others are getting lucrative deals as quiz show hosts and players.

There's a whole host of fantastic talent on the British comedy circuit at the moment, including a number of

very talented funny ladies; here’s a run down of my favourite top 5 comedians in the UK at the moment.

Lee Evans is an award-winning comedian and actor well-known for his incredibly energetic slapstick style of humour which leaves him sweating profusely on stage. Born in 1964, his rise to fame began when he won the Perrier Comedy Award after a successful show at the Edinburgh Festival in 1993. According to The Sun newspaper, his earnings for 2010 topped £5.5 million, thanks to DVD sales and merchandising. His record-breaking tours have also fuelled his success.

His style is often compared to a modern day Norman Wisdom. Lee Evans has also enjoyed success in his acting career, with roles in Funny Bones, The Fifth Element, There’s Something About Mary, The Ladies Man and voiceovers in Dinotopia and The Magic Roundabout.

Michael McIntyre, born in 1976 has enjoyed huge success from his own programmes, Live at the Appollo and Michael McIntyre’s Comedy Roadshow. According to MSN money, his 58-date tour next August could earn him a further £20 million. Much of his success has come from his deal with Penguin books for his autobiography published in 2010, Life and Laughing: My Story, and for his best-selling DVD Live & Laughing. Michael McIntyre is well-known for his observational style of comedy which he pursues in great detail, with sketches focusing on the Man Drawer, which has foreign coins and old keys in it, which are kept in a drawer, just in case. Watch the very funny Man Drawer joke on You Tube.

Peter Kay, born in 1973, is a Bolton actor, well known for his sand up comedy tours as well as his extremely successful sitcom, Phoenix Nights (2001). He holds a UK record for selling over 10 million DVDs. He received a Perrier Nomination after his appearance at the Edinburgh Festival in 1998. He has released 3 books, including The Sound of Laughter, Saturday Night Peter and his latest, The Book That’s More Than Just a Book.He caused controversy with comments about the murdered TV presenter Jill Dando, which prompted reactions from The Sun newspaper.

Ricky Gervais, born 1961 is best known for several television series including The Office, Extras and Life’s Too Short. Acoording to The Sunday Times, he is worth £32 million. He has won many honours and awards, including 7 BAFTA awards, 5 British Comedy Awards and 3 Golden Globe Awards. He has starred in a number of Hollywood films, including The Invention of Lying and has written two children’s books called Flanimals and More Flanimals, wih Flanimals of the Deep due to be released next year. He has caused controversy at the 68th Golden Globe Wards where he made comments about many of the celebrities in attendance and also in October 2011 with his derogatory use of the word “mong”, generally used to refer to someone with Down’s Syndrome, but Gervais refused to accept it was derogatory. He later apologised.

Dara O Briain, born 1972 is an Irish comedian who began his career as a children’s comedy presenter. He is best known for his role as the presenter of the topical panel show, Mock the Week as well as taking part in the Three Men in a Boat series for the BBC with fellow comedians, Rory McGrath and Griff Rhys Jones. MSN money reports that he has earned £2m from tours, DVDs, corporate work and his book, Tickling the English, published in 2009. He has taken part in a number of game and quiz shows, including the Uncaged Monkeys tour with Professor Brian Cox, Robin Ince, Ben Goldacre, Simon Singh and Chris Addison.