Why I'm making this page about "Broadway Musicals Stage to Screen"

First of all, I love Broadway musicals. They represent a great classic art form. Having developed from operetta, the Broadway musical combines drama and music in a unique blend. These classic shows are truly masterpieces of creative achievement. Secondly, I'm glad they decided to make the stage plays into films, so we could at least have the joy of seeing Broadway musicals in our hometown movie theaters if there are none playing in our nearby local live theaters. Or, at the very least we could watch these great shows on videos in our homes. But, thirdly, I'm making this page primarily because I feel that sometimes the film makers have gone too far in making changes from the original Broadway musicals, leaving out songs, adding new songs, and drawing out action sequences, thus straying the original purpose of making the film or what should be the purpose (to bring the original Broadway musical in all of it's creative genius to a wider film-going audience. For details on these content changes, see the section entitled "Examples of changes..." below. But first, check out my very brief history of the Broadway musical in the next section. After reading my comments on the content changes, check out some of the original Broadway cast albums to see for yourself what you're missing by only seeing the film version. Since you may already have the videos or know where you can buy or rent them, I won't list them here. But get the original cast albums both to enjoy by themselves and /or to play the missing songs at the points they should appear when you watch the movies. I have all of the ones I listed, as well as the movies and I do this when I watch the movies: I simply put my VCR on pause and play the missing song, then start the movie again.

Be sure to vote for how much leeway film makers should have in the pole marked "Do you agree?" Thanks.

A BRIEF HISTORY of Broadway musicals:

With the first musicals, the songs were more or less loosely related to the plot. That was until Oklahoma opened in 1943. It is said to be the father of the Broadway musical as we know it, interweaving music, story line, and characters together in such a way that they are one unique piece of performing art.

Examples of content changes in Broadway musicals from stage to screen

In a way, it's unfortunate that film makers couldn't just film the live productions of Broadway musicals. There's just something about watching a live show. But they would have to include a lot of close-ups of the actors and perhaps the action would be too stultified for film. So they decide to make new films of the original stage plays. But in some cases, they make certain unfortunate changes ostensively to accommodate the new media. They may leave out an important song just because to include it would make the film run too long. Or in some cases, they may not only delete a song but add a new one in its place. They may even change the order of the songs. In many cases, they also draw out the action toward the end ( leaving too much time between songs), which takes away from the sense of it being a musical.

Here are a few examples along with some of the omitted songs for you to hear and some links to the Original cast albums, so you can see for yourself what you miss by only watching the film versions.

Opening in 1943, "Oklahoma!," by the newly formed writing team Rodgers and Hammerstein, was considered the first real Broadway musical, since it related the music to the story and characters in a way not previously done. When they made it into a film 12 years later, they left out the song "Lonely Room," which gives crucial insight into the character of Jed, the farmhand. There was also a song sung by the peddler, called "It's a scandal, It's an outrage" which was left out as well. [You can hear this one directly below.] That's two songs which I feel were crucial as they gave further insight into those two characters, minor characters though they be. 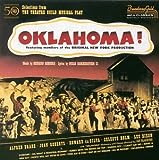 The charming musical "Annie" by ‎Charles Strouse and ‎Martin Charnin opened in 1977 and won the Tony award for best musical that year. The movie version was made in 1984, with a few significant changes. First, they changed the beautiful "N.Y.C" song to a syrupy "Let's Go To The Movies," and left out entirely the first singing of "Tomorrow" and two political songs: "we'd like to thank you, Herbert Hoover" and "We're Getting a New Deal For Christmas." They also changed "You won't be an Orphan for long" to "We got Annie," which was in the first draft and they drew out the ending with an extended action scene. They did add an admittedly rather neat musical exchange between Mrs.Hanigan and Warbucks when he tries to get her to sign the adoption papers.

Lead-in and song: "NYC" from Annie:

Final scene from "Annie" ("A New Deal for Christmas": 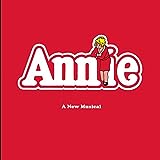 The 1958 film version of Roger's and Hammerstein's 1949 hit musical, "South Pacific" left out the poignant ballad, dealing with racial prejudice, "You Gotta Be Carefully Taught" because of fear of offending someone.

Fortunately Lerner & Lowe's 1956 hit Broadway musical "My Fair Lady" survived the 1964 film version without any changes, even though the earlier (1964) movie of their earlier (1947) hit musical, "Brigadoon," left out a few numbers including a beautiful dream ballet between the bride and groom and the humorous "My mother's wedding day." "MyFair Lady," on the other hand, is the only one where the movie version accurately reflects the original Broadway show, Lerner and Lowe's classic musical based on Shaw's play Pygmalion about the relationship between speech and class in turn-of-the-century England. It was so well done the movie producers couldn't change it.

Then, in 1960, Lerner and Lowe had another big hit with their next and most lavish Broadway musical, "Camelot."

When the musical was made into a movie 7 years later, 3 songs were left out of the film version: "Before I Gaze at You Again," which shows Lancelot's first reaction to realizing he's in love with Arthur's wife and is a sort-of-opposite of his later musical declaration, "If Ever I would leave you," "The Seven Deadly Virtues," which gives further insight into the depth of evil present in the character of Mordred [watch and listen to it below], and "Fie on Goodness," which shows the discontent which the knights eventually felt with Arthur's "Might for Right" order. "Follow me" is there but in the wrong place. It's supposed to show the spirit of Nym's luring away of Merlin toward the beginning but is used for background for Arthur's trip to the forest toward the end.

Marc Parker as Mordred singing "The 7 Deadly Virtues" from "Camelot 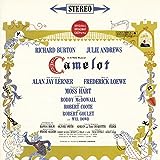 Perhaps the worst offender was "The Sound of Music." In the film version, "My favorite Things," which was supposed to celebrate the joy of living even in a nunnery, was moved from the Abby to the bedroom scene. "Lonely Goatherd," which was originally sung in the bedroom scene was made into an elaborate puppet show. Then they added a new song by the composer. "I have Confidence," to be sung by Maria on the way to the Captain's house. But that is not the worst of what they did. They left out the very crucial "How Can Love Survive?" sung by Max and the Baroness to show the hopelessness of love between two rich people, as well as the song "No way to Stop It," sung primarily by Max and the baroness as a protest to Captain's strong stance against the Nazis. [You can watch and listen to this scene below.] They also replaced "Ordinary Couple," the poignant love song between Maria and the Captain, which made a perfect contrast to "How Can Love Survive?" with the syrupy sentimental and theologically incorrect song "I Must Have Done Something Good."

Here's the lead-in to and the original song "No way to stop it" from "The Sound od Music:: 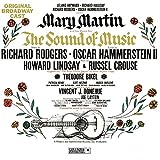 The New movie version of the musical "Les Miserables" has ValJeaun singing "Bring Him Home" earlier than in the play--before Marius was shot rather than while he was being carried by ValJaun. Then they left out entirely (except for a few words) the song "Dog eats dog," which is sung by the inn-keeper as he scavenges for gold from the dead bodies in the sewer. These, however, do not distract from the value of the movie. In this case, the deletion of the song served to move the action forward and keep the focus on ValJuean and Marius and it was not that noticeable since more music followed, but, i can't help thinking it would have been nice to hear it, so you can do so immediately below. For more on this musical, look for my hub devoted entirely to it.

Conclusion:: So. hear it for yourself! Get these Original Broadway cast Recordings and hear what you've been misssing! - Imagine you're there!

You can search for more original cast albums and movies yourself on Amazon.

Another negative change: drawing out action in musical films:

Film producers also tend to want to draw out any action toward the end before the last musical number, making too long of time between numbers for a musical. The prime examples are "The Sound of Music" (the long scene at the abbey before the final "Climb every mountain" reprise, and "Annie." (The long action scene trying to catch the crooks before the final party scene).