believes that war is a stupid way to solve problems. So does her father, a Navy WWII veteran. Cultural stereotyping to justify war is evil.

A third-generation Japanese-American (whose father was interred) teamed up with a Black-American who has lived in both Japan and Los Angeles’s Little Tokyo to create the stage play, Bronzeville.

Bronzeville captures the consequences of the WWII displacement and the opportunities and challenges for other second-class Americans during this time of shame in America.

At this time, it has been performed only on the West Coast, but I strongly hopes it makes its way across the country when the pandemic is over.

I hate spoilers, so please fear not. There won’t be one.

From the publicity flyer for the world premier of Bronzeville.

It’s WWII. FDR has signed Executive Order 9066 requiring that all Japanese Americans be transported to internment camps during the war. High-paying factory jobs are luring huge numbers of Southern Blacks to Los Angeles.

“No Blacks Allowed” clauses limit housing choices, so Blacks end up in recently vacated commercial and retail property in Little Tokyo. When one of those Black families discovers a young Japanese American man hiding in their new home; three generations of family members struggle with doing the right thing.

These days Americans living on both coasts see Asian-Americans neighbors and their contributions to the daily culture.

For those in the middle and eastern part of the country, the percentage of Asians in the population is lower.

Large eastern cities may have a Chinatown section (which may be casually adopted by Korean- and Vietnamese-Americans), but a “Japantown” neighborhood is a west coast phenomenon.

“Little Tokyo… is an ethnic Japanese American district in downtown Los Angeles and one of only three official Japantowns in the United States, all three of which are in California (the other two are in San Francisco and San Jose.) Founded around the beginning of the 20th century, the area… is the cultural center for Japanese Americans in Southern California. It was declared a National Historic Landmark District in 1995.”

Sadly, Executive Order 9066 is real. It was signed a mere two and a half months after the attack on Pearl Harbor and was not rescinded until 1976! This order created martial law authority to clear out individuals- American citizens – from a capaciously defined “military area.” Although other ethnic groups also were victims, the majority of those mistreated were Americans of Japanese Ancestry.

Jews of Europe and

the caging and imprisonment of refugees at the southern border of the USA.]

During the time that the Japanese-Americans were relocated and interred in the 1940’s, the Little Tokyo neighborhood of Los Angeles adopted a new name: Bronzeville.

In 1942, President Franklin Roosevelt signs Executive Order 9066, requiring all Americans of Japanese descent to uproot their lives and to report to internment camps. At the same time, the wartime economy is drawing African Americans to factory jobs out west . . .

Publicity Teasers from the Show

Bronzeville was performed for a special engagement at the Manzanar National Historic Site (at the location of one of the internment camps.)

From the publicity flyer for the Bronzeville performances at Manzanar National Historic Site.

“Following the bombing of Pearl Harbor two months earlier, President Franklin Roosevelt in the winter of 1942 signs Executive Order 9066, requiring all Americans of Japanese descent to uproot their lives and to report to internment camps. At the same time, the dynamic wartime economy is drawing African Americans in the Deep South to factory jobs out west. Entire communities are transformed, including the Los Angeles enclave of Little Tokyo.

“When the Goodwins of Mississippi arrive in their new California home and discover a young Japanese American man who has defied the federal relocation order, they must confront their own values and family history as they struggle to both protect themselves and do what is right.”

The Playwrights and How Their Collaboration Occurred

It must be fate that the two playwrights and the original director came together to create this oeuvre.

Each, on his own, is highly qualified.

Tim Toyoma is a Japanese-American playwright and producer, film and TV producer who attended California State University, Northridge as an English major. One of his works received a Regional Emmy Nomination in 2006, from the NATAS Northern California Chapter, in the category of Historical/Cultural - Program/Special.

In addition, Tim is a co-founder of Cedar Grove Productions and Cedar Grove OnStage which give Asian Americans the spotlight in stage, film, and television productions. These two companies create works which include Asian American stories, history and issues either omitted or minimized by mainstream American media. An adaptation of one of Tim’s plays won the Academy Award for Live Action Short Film in 1998.

Ben Guillory studied at the American Conservatory Theatre in San Francisco, and has worked for over 30 years as an actor on stage, in television, and in nine films. He also has extensive directing experience.

Currently, Mr. Guillory is the Producing Artistic Director of the Robey Theatre Company and advises ABC, CBS, and the Fox network regarding diversity and multi-cultural showcases.

Aaron is an African-American film director, screenwriter, and producer who earned degrees in both Ethnic Studies and Rhetoric from the University of California, Berkeley. He taught English in rural Japan through the Japan Exchange and Teaching Programme.

Aaron has a M.F.A. in Film from Columbia University, won a Walt Disney Studios/ABC Entertainment Talent Development Gran, and became a Walt Disney Studios/ABC Entertainment Writing Fellow. His short films have won awards including Directors Guild of America. In 2008, Aaron became the first African-American to shoot a feature film in Japan which garnered a Los Angeles Pan African Film Festival Year Award in 2010.

Aaron Woolfolk graciously shared with me information on how they got together:

“The play has an interesting genesis. Tim Toyama had learned about Little Tokyo's Bronzeville period from a friend, and he felt it provided a wonderful subject for a play. So he started researching it. Around the same time, I helped to paint a mural in Little Tokyo showing the neighborhood's history, and I was curious about an image on it depicting jazz legend Charlie Parker playing his saxophone. That is when I learned about the neighborhood's Bronzeville period. (Parker lived there at the time and played the neighborhood jazz clubs.) I wrote down the basic information with plans to someday explore writing a screenplay about it. At this time, Tim and I did not even know each other.”

Ultimately, Robey Theatre Company’s Ben Guillory connected Tim and Aaron. It took two more years for the development and completion of the script.

Bronzeville Has Played in L.A. and Manzanar

In the spring of 2009, Bronzeville opened at the downtown Los Angeles Theatre Center.

This premier was produced and directed by Ben Guillory and performed by the Robey Theatre Company. It had a sold-out five-week run, and incredibly glowing reviews.

Also, Bronzeville received a nomination for an Ovation Award for Original Playwriting that October.

In chilling fittingness, much of the cast reunited in May 2011 to perform a run of Bronzeville at one of the actual internment camp sites.

The Manzanar National Historic Site in Independence, California and the Inyo Council for the Arts hosted the experience. 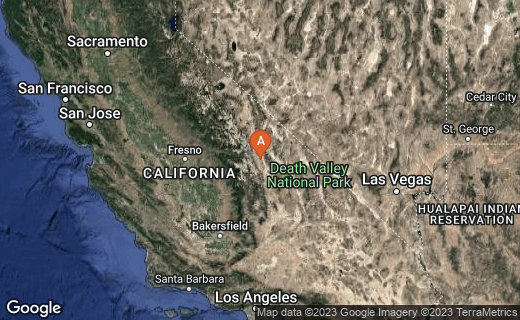 A Story Which Needs to Be Heard Over and Over

This chapter of World War II American history must not be hidden.

Our nation could, and should, learn from prior mistakes.

Unfortunately, the United States is repeating cruel history with its caging and involuntary hysterectomies being performed upon imprisoned refugees at the southern border.

It can further be related to the ugly systemic and tolerated racism which persists in the United States.

By putting the audience in the moccasins of two groups of citizens concurrently disenfranchised. Bronzeville educates those of us who are privileged in a personally compelling way.

It is exactly what needs to be seen all over the country.

It’s WWII. FDR has signed Executive Order 9066 requiring that all Japanese Americans be transported to internment camps during the war. High-paying factory jobs are luring huge numbers of Southern Blacks to Los Angeles.

“No Blacks Allowed” clauses limit housing choices, so Blacks end up in Little Tokyo. When one of those Black families discovers a young Japanese American man hiding in their new home; three generations of family members struggle to do the right thing.