Buffalo Girls , released by CBS Productions in 1995, originally was a three hour western mini-series shown in one hour increments. Fortunately this mini-series is currently available on DVD. No one has to wait for CBS to release it a second time. For those unfamiliar with the rating NR (not rated), this does not necessarily mean a negative. Most television programs are not rated in the 1990's for they were expected to be acceptable for the general public and followed a strict content guideline in comparison to the movie industry.

Buffalo Girls is based on the novel with the same title authored by Larry McMurtry who is also known for his Lonesome Dove book series. Buffalo Girls is not from the Lonesome Dove book series. Instead, it is a separate work of Mr. McMurtry's that Director Ron Hardy, cast, and crew expertly and creatively brought to life on film, giving viewers a fictional representation of the late 18th century Wild West with very few historical facts blended into the over all story-line.

Yes, some of the characters like General Custer, Calamity Jane, Annie Oakley, Wild Bill Hickcock, and "Buffalo Bill" Cody are real historical figures well known throughout the western states and part of American History. However, much artistic license was used regarding these famous westerners in their recreation for this particular mini-series. In spite of inaccuracies and some skewing of historical facts, I found Buffalo Girls charming, witty, and entertaining. Its portrayal of the hardships for women in the late 18th century was fairly accurate and yes, there were very few avenues of employment in the Western states available for women at that time. You had three choices: school teacher, wife, or saloon gal. Yes, a few Saloon gals did become a Saloon Madame. It was one of the few ways a woman could own property and a business. Calamity Jane and Annie Oakley's lifestyles were also not the norm for their time frame. It was not common for a woman to shoot as well as Annie Oakley or act as mannish as Calamity Jane did. Women who were "actresses" or "on stage" like in the Wild West Shows supplied by William Cody were not regarded gentile and the type you would bring home to meet your mother; quite the opposite. This was why women like Calamity Jane and Annie Oakley stood out and were remembered. They were nothing like the stereotype of how a refined and decent woman ought to be per the expectations of society in the late 18th century.

Buffalo Girls relates the story of Calamity Jane from her point of view. Angelica Houston did an excellent job as narrator and Calamity Jane. She nailed the tough grittiness of Calamity Jane to perfection. The mini-series begins with Calamity Jane joining the army under General Custer as a Mule Skinner (mistaken for a man because of the way she dressed) along with her two good friends Bartle Bone (Jack Palance) and Jim Ragg (Tracey Walter). Bill Hickcock (Sam Elliott) is already working for General Custer (John Diehl) and the army, but is pretty much out for himself. When he finds out about Custer's plan to invade the Indians at Bull Run and take a strong stand, Hickcock warns those on the army payroll who are not enlisted army personnel to "get the hell out" before reaching the area called Bull Run. Hickcock tells Calamity Jane that Custer is crazy to go against so many tribes of Indians all at once; that he is asking to be slaughtered. She concurs which precipitates Calamity Jane, Bartle Bone and Jim Ragg to leave. They felt they were not paid enough to stay and die. She decides to visit her dear friend Dora DuFran (Melanie Griffith) who is a Madame of a Saloon Hall (wild west version of a brothel).

Then the plot thickens with Calamity Jane and Wild Bill Hickcock both drunk having a one night fling in a barn where Calamity Jane (true as her name) conceives their daughter out of wedlock. Not knowing she is pregnant Calamity Jane takes off as she is prone to do, and becomes reunited with her friend No Ears (Floyd 'Red Crow' Westerman). No Ears sensing her pregnancy helps her face she is pregnant and offers a place where Calamity Jane will be safe with an Indian woman from another tribe and No Ears. It is a quiet out of the way place, with no one around for miles. No Ears feels it is the perfect place to have a baby. Calamity Jane completely unsure, but with no real place to go accepts his offer. She is not used to needing a place. Her lifestyle is more outdoorsy with horse and dog for companions.

The rest of the mini-series is about Calamity Jane giving her baby daughter to a British couple (portrayed by Andrew Bicknell and Jeanine O'Connell) for adoption and a better home environment than Calamity Jane could provide. Her regretting it and about 10 years later agreeing to join "Buffalo Bill" William Cody (Peter Coyote) in his Wild West Show that has been accepted to perfom in England with expectations of making the "big bucks". Through the Wild West Show she meets Annie Oakley (Reba McIntyre) and Sitting Bull (Russell Means). In England, Calamity Jane meets her daughter Janey (Hannah Taylor-Gordon) who is leading a very happy childhood that includes proper schooling, and becomes mixed up in a bet with Lord Windhouvern (Peter Birch). After the show runs it course and performs in front of the Prince of Wales (Geoffrey Bateman), Calamity Jane returns (wealthier and a little wiser) back to the Wild West, the Dakotas, and Rockies. She looks up her dear friend Dora, just in time to promise to raise Dora's daughter and help Bartle Bone return the beavers to a certain beaver dam and lake for Jim Ragg.

The environmentalist message in Buffalo Girls regarding the beavers is a very thought provoking one. Makes one wonder what else the 18th century decimated (besides the buffalo and beaver population) in the Wild West while bringing civilization to the western states.

The subject matter in this mini-series is adult in nature. This grandmother does not recommend young childen watching Buffalo Girls . Parental discretion is advised. For those who enjoy the western genre or prefer programs with a good solid plot, highly recommend viewing Buffalo Girls. 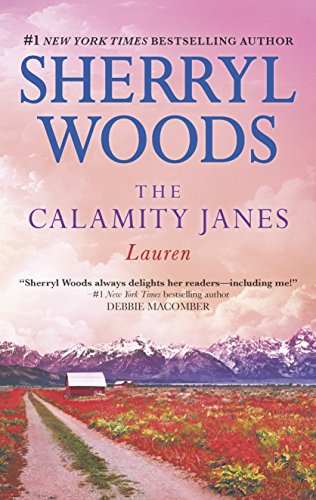 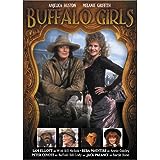