The young woman who was 8 months pregnant, asked the sales clerk for the Mozart CD that was supposed to increase a baby’s intelligence. The sales clerk said that the Mozart CD was a big seller and that a lot of women were playing Mozart to their unborn children to take full advantage of the Mozart effect.

The “Mozart effect,” as it came to be called, began in 1993 with a short study from researchers at the University of Wisconsin-Oshkosh. The researchers played 10 minutes’ worth of Mozart’s Sonata for Two Pianos in D Major to college students.

Then the students took a test that required them to visualize how objects changed over time, such as how a piece of paper that was folded and cut would look when it was unfolded. Subjects who had listened to Mozart showed a slight but temporary rise in scores on this test compared to subjects who sat through 10 minutes of silence. However, the researchers reported that the Mozart effect was not long lasting and had little effect on over-all intelligence. 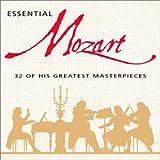 Within no time, the Mozart effect was making headlines around the country: “Mozart Can Boost Intelligence.” Advertising for the Mozart CD claimed that listening to Mozart would stimulate young minds, improve intelligence, and raise IQs. Many parents believed the advertising and bought thousands of “Baby Mozart” videotapes and CDs. One mother said, “I am six months into my pregnancy and almost immediately upon playing the Mozart CD my baby started actively moving. I can really tell he enjoys it even though I can’t see him yet.” One government even wanted to pass a law that would give a free Mozart CD to all pregnant women in his state so that their children would have a boost intelligence.

However, when researchers looked closely at the Mozart effect they reported a different story. A Harvard neuropsychologist analyzed a dozen studies and reported that listening to classical music had no lasting effect on intelligence. Other researchers at Appalachian State University tried repeating the original Mozart study but were unable to find a “Mozart effect” and concluded that listening to classical music did not affect intelligence scores.

However, one nursery had positive proof of one effect. They had been playing classical music to their young children for the past 30 years. Without a doubt, listening to classical music helps kids relax and take their naps.