There are probably a lot of people like me that got a flashback of old memories from the news of Captain Lou passing. When I heard he died, it brought back memories of growing up. From the time I first heard of Professional wrestling, until I was an adult, I knew who Captain Lou Albano the former WWE wrestling superstar was. If you were into professional wrestling, or pop music in the 1970s, 1980's, or 1990s, you've most likely heard of and seen Captain Lou Albano. He was one of the most colorful characters in wrestling and the WWE. He was known for the long goatee with rubber bands around it. He became one of the greatest love to hate managers in WWE wrestling, and a member of the legends of wrestling.

Download Books For Free: How and where to get all your ebooks for free
Buy Now

Lou Albano was born in Mt. Vernon N.Y. On July 23, 1933. He grew up as a normal kid, played football in High School in White Plains N.Y. After High School he went to the University of Tennessee on a football scholarship. He didn't stay long. He joined the army and left College.

He made his wrestling debut in 1953 in Montreal Canada. He wrestled for the next 14 years as a single wrestler and as a tag team member. In 1967 Lou and Tony Altimore won the United States tag team championship. He continued wrestling for a while after that. Then on the recommendation of his friend, Bruno Sammartino, Captain Lou Albano went into announcing, he started as a good guy but changed his character to someone you always hated, but you sort of liked him as well.

After he built his character to being a bad guy. He switched from announcing to managing. He became the wrestling manager for The Russian Bear, Ivan Koloff. Koloff went on to take the championship from his friend Bruno Sammartino. He then managed Pat Patterson, Don Muraco, and Gregg the Hammer Valentine all to Intercontinental championships over the next several years. He also managed 15 teams to tag team championships.

Captain Lou albano also played Cindi Lauper's father in 3 or her videos in the Early 1980s. In 1986 he left the WWE, and went out to do T.V and movies. He came back to the WWE in 1994 for a short stint, to manage the Head Shrinkers tag team.

His T.V. Career consisted of Hulk Hogans rock N wrestling, 227, Miami Vice, Hey Dude, Hollywood squares. The movies he was involved in were, Wiseguys, complex world, and Body Slam. He was Mario in the Super Mario Bros. Super Show. He was then in the movie Stay Tuned.

In 1996 Captain Lou albano was inducted into the WWE wrestling Hall of fame. In 1998 Lou Albano was co-writer of The complete guide to pro wrestling. Over the next several years, he did a lot of cable promotions for local businesses in the central N.Y area.

In the mid 1990s he had a health scare. After that he lost 150 pounds to get healthy. In 2005 he had a heart attack, but fully recovered. In 2008 he put out his autobiography called, Often imitated never duplicated. Captain Lou Albano passed away at home, while under hospital care on Wednesday October 14, 2009.

He was one of he most colorful and well known at the time of all pro wrestlers, and we will miss the entertainment that he brought to pro wrestling. 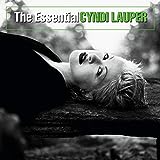 Captain Lou had more of a tv and movie career than most people know about. His last role was as Frankie the Hat in the 2010 film Hot Ice, no one is safe.

In 2003 he played Lou Costanza in the Undertakers dozen.

And the biggest movie he was in was Frank the fixer in Wise Guys in 1986.

He was also in several tv shows for wwf and super mario, and an appearance in Miami Vise.

He was a very colorful character who was a nice addition to many of the movies and shows he was in. He was still probably known by most people from his part as Cindy Lauper's father in the video "Girls just want to have fun"