Casablanca, You Must Remember This

Of all the films in all the world

Consistently voted number one in lists of all time great films, Casablanca is universally regarded as a cinematic masterpiece. and its appeal shows no sign of diminishing.

It is moving, it is meaningful, it has the fizzing chemistry between Humphrey Bogart and Ingrid Bergmann and there is something in it for everyone. It's one of those films you can watch over and over again, and every time find something you hadn't noticed before. It is deservedly one of the most popular, magical (and flawless) films of all time - focused on the themes of lost love, honor and duty, self-sacrifice and romance within a chaotic world.

It was also nominated for another five Oscars:

In 1989, the film was selected for preservation in the United States National Film Registry as being deemed "culturally, historically, or aesthetically significant". In 1999, it was ranked by the American Film Institute as the second greatest American film ever made, behind only Citizen Kane. The 2007 revised AFI list moved it down to third, after Citizen Kane and The Godfather. In 2005, it was named one of the 100 greatest films of the last 80 years by Time.com (the selected films were not ranked).

In 2006, the Writers Guild of America voted the screenplay of Casablanca the best of all time in its list of the 101 Greatest Screenplays.

Humphrey Bogart (1899-1957) became famous for portrayals of tender-hearted heroes with tough and cynical exteriors. In 1952 he won an Academy Award for The African Queen.

Whether portraying ex-con, war hero, detective or more offbeat characters, Bogart presented a romantic appeal of immense proportions, an appeal that has remained powerful with subsequent generations of moviegoers while other box office star images of the golden age have faded.

"I should never have switched from scotch to martinis." Is said to be Bogart's last words. A movie legend, indeed.

Ingrid Bergman (1915 - 1982 ) is ranked as the fourth greatest female star of all time by the American Film Institute. She continues to be a cultural icon - not only for her role in Casablanca, but for her career as a whole (she twice won the Academy Award for best actress) and for her innocent, natural beauty.

He died on March 29th, 1992 of pneumonia. Although some people may not know who he is today, he will live on as the courageous and devoted Victor Laszlo, the heroic anti-Nazi resistance leader. 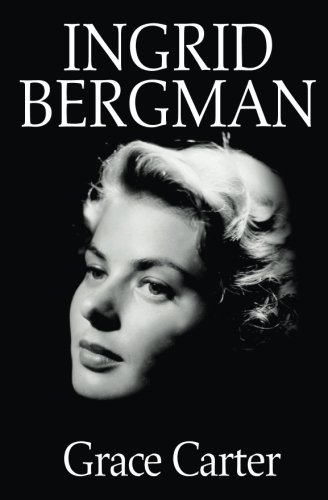 What makes Casablanca so special?

The charismatic performances of Bogart and Bergman, the chemistry between them, the depth of characterization, the taut direction, the witty screenplay and the emotional impact of the work as a whole.

Directed by the talented Hungarian-accented Michael Curtiz and shot almost entirely on studio sets, the film moves quickly through a surprisingly tightly constructed plot, even though the script was written from day to day as the filming progressed and no one knew how the film would end - who would use the two exit visas? [Would Ilsa, Rick's lover from a past romance in Paris, depart with him or leave with her husband Victor, the leader of the underground resistance movement?]

Casablanca is wonderful not just because it captures a place and time with a tight, smart script, fabulous performances, and brilliant direction. Rick and Ilsa and Victor transcend their medium -- they cease to be fictional characters and become real. They seem like the first modern people to be captured on film. There are so few actual grownups in movies (and in the real world), but they are adults with complicated lives and tough choices to make, and they live their lives and make their choices without complaining or whining about how awful the world is. Rick and Ilsa's relationship is truly romantic -- there's not a drop of sap involved. The palpable chemistry between them is part of why they're so believable. Rick's the kind of man who's crunchy on the outside, gooey on the inside -- he's a mush under his tough exterior, even if he doesn't like to show it. But there's one scene, during an extended flashback of his memories of Paris, when he gazes at Ilsa -- she's turned away from him -- with such adoration that there's no question that he's deeply in love with her.

Watching Casablanca for the first time now is like seeing Shakespeare for the first time: It's full of clichés. And it's not just the dialogue that everyone knows -- "of all the gin joints" and "play it again" and so on. Casablanca had such a powerful impact on film that its visuals -- the exotic marketplace, the crowded saloons, the final foggy airport sequence -- keep cropping up in contemporary movies, everything from the Indiana Jones films and Woody Allen to The English Patient.

At the same time, CASABLANCA is filled with colorful supporting characters who make it humorous, melodramatic, and even adventuresome all at the same time. This wonderful film has already gone down in history, and will probably end up being as eternal as Romeo and Juliet.

Quite simply, its a masterpiece.