It was last year that I first heard about this little girl called Charice on the local entertainment news saying that Ellen DeGeneres personally talked to her on the phone inviting her to sing on the Ellen show. That got me curious after all this is a Fillipina we are talking about. I searched the video that Ellen saw in Youtube which made her decide to invite Charice over. It was a Korean show called Star King and Charice then 14 was singing “And I Am Telling You” from Dreamgirls. My jaw dropped as I heard her sing. I had goose bumps as I heard her go through the challenging notes. I heard my self say “yeah” as she used her whole body to express the intensity of the emotions of the notes. Of course she was not performing it according to the emotional requirement of the scene in the play, but her showmanship in delivering the song was exceptional. As a director it’s easy for me to spot a gifted performer and Charice is definitely one.

Conquering the Audience on the Net

Breaking into the international scene is not an easy task for a young girl her age but Charice has conquered barriers one after another with her vocal prowess. Thanks to one called FalseVoice who posted a video comparing her voice to that of well known singers. It was this video that got Charice invited to do recording in Sweden and guest in the Korean show Star King. Her small body defies the kind of power and passion that comes out in every note of a song she sings. The word spread, her Youtube videos were getting millions of hits and people started using her name as a title to their videos that do not feature her if only to get hits. Soon her name became a keyword.

Her stint at the Ellen Show paved the way for other invitations to guest in other international television shows like the Paul O’Grady Show in England where she received two standing ovations -- which was a first in the show's history. The Oprah Winfrey Show  came next and it was the overwhelming response to her performance in Oprah that opened more doors for her dreams to come true. Oprah got in touch with David Foster and asked his help to give Charice a chance. In Oprah’s "Dreams Come True" episode David accompanied Charice on the piano as she sang “My Heart Will Go On”. Celine Dion made a surprise invitation after that segment.

Before the second Oprah guesting Charice was introduced to the international concert arena by David as he made her part of his tribute concert called David Foster and Friends. Charice was also personally invited by one of her idols Andrea Bocelli to be a guest on his birthday concert "The Cinema Tribute,". Interestingly enough Charice had a dream book where she drew her herself singing together with her many idols including Andrea and Celine. That dream book was now coming to reality and fast.

In the opening of MGM Grand at Foxwoods Resort Casino, Charice was among those who performed and she holds the title of being the first ever entertainer to gain a standing ovation at this venue. The invitations kept coming in from everywhere and standing ovations were a common site whenever and wherever she performed. 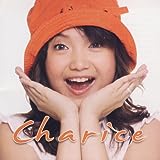 Conquering All with Love

Charice has the zest for life and the confidence required of a performer. She can belt out songs with so much passion and depth for a girl her age that it makes one wonder. Where does she get her intensity? This little girl was actually traumatized at the age of three having witnessed how her father went “wild” one day by choking her mother and then pointed a gun to her mother’s head while she and her younger brother cried helplessly. Thankfully their neighbors were there to stop any further violence. She said she could not help her mother then but vowed to help her one day.

That very day, Charice’s mother Raquel, decided they had to get out of the house and was determined to raise her children on her own. Charice saw how hard her mother worked and suggested that she help out by joining contests. Raquel was reluctant about the idea but taught her some singing techniques as she herself had dreams of going to Japan to work as a singer there to help her own mother with money matters. Unfortunately she got married before she could fulfill that dream.

When Charice was ready their "singing contest hopping" days began going from one barrio to another and from one fiesta to another. There were times she won and there were times she lost. Every cash prize she received went to saving for her education and daily expenses that her mother, could not cover earning only a factory worker's wage.

There were times that Charice experienced rejection too as some television contests required a "certain look." She was not pretty enough they said. And then came a chance to join a television contest where text votes would determine the final score. She may have scored high with the judges but she did not get enough votes to get the grand prize. She came in third which saddened her but at the same time made her stronger.

Her love for her mother and her desire to use singing as a means to help her mother was the driving force that led her to conquer all disappointments and frustrations making her determined to be better at what she does best – sing. In fact, if you listen close enough to the first two videos, she sings it as “…And I am tellin’ you, I’m not goin’ You’re the best Mom, I’ve ever known…”. She does that in purpose.

Her dreams are fast coming true now and so are the dreams of her mother for her children. Charice continues to conquer hearts all over the world by giving soul to any song with the power of love. We Filipinos are proud of her.

God bless us all as you bring pride to our country, Charice Pempengco!