The Music of Charlie Chaplin

Chaplin was truly a self made man, rising from a life of abject poverty to international stardom. His working life spanned 65 years from the Victorian stage and Music Hall in England, through the birth of cinema to its peak. What more can one say?

Karno portrait used here is in the public domain as it was published before 1923. Source is wikipedia. 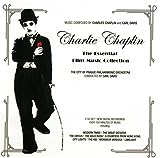 The Music of Charlie Chaplin

Some of Chaplin's most famous melodies....

Sir Charles Spencer Chaplin Jr KBE was the composer of wonderful, tuneful music that will be remembered forever. Charlie Chaplin composed the classic melodies of Smile and Love This Is My Song, Charlie Chaplin: Music From The Movies crosses the generation barrier now, as it always did. This page celebrates some of the wonderful melodies Chaplin composed. If this is new to you, welcome to the the Essential Film Music of Charlie Chaplin

Chaplin co-founded United Artists in 1919 with Mary Pickford, Douglas Fairbanks and D.W.Griffith and was a genius and polymath in entertainment.

He was born on 16th April 1889 in Walworth, London and died aged 88 on 25th December 1977 in Vesey, Switzerland. He was married four times, but enjoyed the company of many women in his life and the fact that they were usually much younger caused controversy. Over his lifetime he was both idolized and reviled publicly, adored and misunderstood politically and 32 years after his death his legend still lives.

"Chaplin was not just 'big', he was gigantic. In 1915, he burst onto a war-torn world bringing it the gift of comedy, laughter and relief while it was tearing itself apart through World War I. Over the next 25 years, through the Great Depression and the rise of Hitler, he stayed on the job. He was bigger than anybody. It is doubtful any individual has ever given more entertainment, pleasure and relief to so many human beings when they needed it the most."

Oh, and incidentally, in response to queries, I have found these candilejas lyrics to Chaplin's most famous tune....

Entre candilejas, yo the ame;

What Chaplin aimed for in his music.

Charlie Chaplin's music is elegant, romantic and subtle. Musical arrangers often wanted the music to be funny and "knock-about" but Chaplin could see this would undermine the deeper dimension of his films. The tramp was more than just a clown - he had emotional depth and subtlety. To me, in that, he embodies the hopes of the ordinary man to be recognised and loved for who he is.... He didn't want the music to be competition for the comedy, he wanted it to be "a counterpoint of grace and charm, to express sentiment, without which, as Hazlitt says, a work of art is incomplete."

Musicians and orchestrators would become pompous every now and then and talk of technicalities and analysis, restricted intervals of the chromatic and diatonic scales. (He knew and loved Schoenberg's work, but that didn't get in the way of his own voice and personal vision in his music.) He would reply to pomposity with the comment "Whatever the melody is, the rest is just a vamp!"

Charlie Chaplin's music was personal and he took a great interest in its production. He looked over his own conductor scores carefully for over-orchestration, saying "That's too black in the brass!" or "too busy in the woodwinds!" Basically, he worked with musicians but hung on tightly to his own view of elegance and romance.

Charlie Chaplin by himself

I just acquired my own hardback copy of Charlie Chaplin's autobiography. Needless to say I think I am set up for some quality holiday reading over the summer! More later!

When you read criticisms or appreciations of Charlie Chaplin's music in various music forums you would be forgiven for thinking he had little knowledge. In an era when it was common for the famous musicians of Tin Pan Alley to sing a tune to a "pro" and have it specially arranged, this was not unusual (and is no less usual in the music industry now!) However it is not true, Charlie Chaplin's music reflects his keen interest in music and both knowledge and ability at a professional level.

The music of Charlie Chaplin is grounded in practical experience and instrumental knowledge. Charlie Chaplin took lessons from string players in the pit bands whilst on tour and would frequently practice between 4-6 hours a day on violin and cello. As a left hander, he had the bass bar and soundpost reversed on his violin. He knew that he could use the instruments in his vaudeville act at very least, but his secret ambition was to be a concert violinist. He set himself very high standards (hence the practice) but sadly he gave up when he realised he would "never achieve excellence".

Very often musicians, who are a professionally jealous and highly critical species, will assert that Charlie Chaplin simply used professionals to do all the real work. This may or may not be reinforced by the fact that he had many friends among the musical superstars of the time. He dined with Rachmaninov and Chaliapin, the great bass singer, met Caruso backstage and was congratulated by Debussy on his music, for instance, and the picture above shows him with great violinist Jascha Heifitz. In his heyday he will have used all resources available as an actor and director, however in the latter part of his life his love of music came to the fore and he worked on his music anew.


Chaplin's earliest films were made for Mack Sennett's Keystone Studios. The tramp first made an appearance when Chaplin, age 24, appeared in Kid Auto Races at Venice. However, he had devised the tramp costume for Mabel's Strange Predicament.

"I had no idea what makeup to put on. I did not like my get-up as the press reporter (in Making a Living). However on the way to the wardrobe I thought I would dress in baggy pants, big shoes, a cane and a derby hat. I wanted everything to be a contradiction: the pants baggy, the coat tight, the hat small and the shoes large. I was undecided whether to look old or young, but remembering Sennett had expected me to be a much older man, I added a small moustache, which I reasoned, would add age without hiding my expression. I had no idea of the character. But the moment I was dressed, the clothes and the makeup made me feel the person he was. I began to know him, and by the time I walked on stage he was fully born."

Until he began making spoken dialogue films with The Great Dictator, Chaplin never shot from a completed script. The method he developed, was to set a scene and then improvise action and gags. A narrative would gradually emerge which frequently required reshooting any scene that might have contradicted the story. Chaplin's unique techniques became apparent after his death, when rare out takes and cut sequences were carefully examined. He was also a perfectionist and would film dozens of takes to get things just right. An example from the Gold Rush has a scene wherein the Lone Prospector was eating his shoelaces (made of liquorice) Chaplin was not satisfied and so he did take after take eating the shoelaces.

Here are some of the musical credits from Chaplin's career.

Smile though your heart is breaking

The tune is pure Chaplin, the words were added later by John Turner and Geoffrey Parsons. When I hear this song, a gem of Charlie Chaplin's music, with its perfect match of melody and lyrics I am reminded that Charlie Chaplin genuinely paid his dues! His lyricists must have picked up the mournful thread in his music. Alrhough he lived a life of luxury in his later adulthood, his childhood origins in London were poor, bleak and desolate. His life is a living testimony to those words although in fact he did not write them himself!

Here are the lyrics for those who love the song and would like to sing along:

Smile, though your heart is aching,

Smile, even though it's breaking.

When there are clouds in the sky

You'll get by if you

Smile through your tears and sorrow,

You'll see the sun come shining through, for you.

Light up your face with gladness

Hide every trace of sadness

Although a tear may be ever so near

That's the time you must keep on trying,

Smile, what's the use of crying,

If you just smile.

This song makes fun of Charlie Chaplin because of his lack of war service. In fact he volunteered for WW1 service, but was turned down as he was too small and underweight! Retrospectively, all his fans can breathe a huge sigh of relief that he wasn't a little bigger!

A prophet is not without honour.....

On 4 March 1975, when Chaplin was aged eighty-five, Queen Elizabeth II dubbed him a Knight Commander of the British Empire (KBE). The honour had been first proposed in 1931 but controversy prevented it. During World War I, the British press criticized him for not joining the Army. He had in fact been turned down as too small and underweight! However Chaplin raised substantial funds for the War Effort public speaking at rallies and made, at his own expense, The Bond, a comedy propaganda film used in 1918. This did not stop the Press or the satirical song writers from attacking him of course.

He came under fire for his socialist ideals in later life partly because of pro-Russian politics in the final speech from the film The Great Dictator. He was basically hounded out of America in the McCarthy era but when he returned in 1972 it was to a very warm welcome! Knighthood had been proposed again in 1956, but was vetoed by the Conservative government. The reason, they feared damage to relations with the United States during the Cold War and the planned invasion of Suez.

Charlie Chaplins' Music - what Chaplin said about his music.....

Nothing is more adventurous or exciting than to hear the tunes one has composed played for the first time by a fifty-piece orchestra!

At last City Lights was finished:

only the music was to be recorded. One happy thing about sound was that I could control the music, so I composed my own.

I tried to compose elegant and romantic music to frame my comedies in contrast to the tramp character, for elegant music gave my comedies and emotional dimension. Musical arrangers rarely understood this. 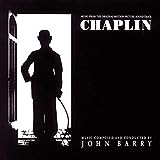 Chaplin (1992 Film)
The 1992 film Chaplin gives a good insight into Chaplin's life story. John Barry's soundtrack of the music from the film is worth hearing.
Buy Now

Thank you for visiting, please feel free to leave your comments!