The annuls of women in music history are extensive. On August 1st, 1981, a New York based television network cunningly composed video footage from Apollo 11 and an audio clip from the countdown of Columbia to launch an all-out detonation of music history and with the premier of The Buggles' "Video Killed The Radio Star" and Pat Benatar's "You Better Run", women and music were never the same.

Born in Nutbush, Tennessee in 1939, Anna Mae Bullock was sent to Brownsville to be raised on a sharecropping farm with her Baptist grandparents where she sang in the church choir and showed off her musical talents. After the untimely death of both her half-sister and grandmother, she moved to St. Louis to live with her mother. She began as a nurse's aide at a local Jewish hospital but it wasn't long before Anna and her sister met Ike Turner and gave in to the local St. Louis nightlife.

Tina was not romantically linked to Ike until 1960, when they released their first single "A Fool In Love". Ike had played the single for Juggy Murray of Sue Records who immediately saw the raw talent in Tina. Ike and Tina enjoyed success throughout the '60s and early '70s. They were well known for covering songs and in 1972 they won a Grammy for their version of CCR's "Proud Mary". The next year, Tina was credited with the solo "Nutbush City Limits" which was actually a collaboration and a grand finally all at once. The song was a hit both in the UK and the US.

A severe cocaine addiction and years of physical abuse led to the now infamous decision of Tina to break free from Ike Turner in 1976. After a nearly two year battle, Tina gained her life, her independence and all of the debt she was subject to as a result of the cancelled tour dates that she and Ike failed to make.

Since their split, Tina Turner has virtually reinvented herself. Rocky at first, it took some time to get off the ground but once she did, she was flying high. By 1981 Tina was performing with acts like Rod Stewart and the Rolling Stones. In 1984 she released Private Dancer after which Ebony magazine portrayed her as an "amazing comeback". She has successfully crossed over into acting and has published her autobiography titled, I, Tina.

In 1991, Ike and Tina were inducted into the Rock and Roll Hall of Fame which Phil Spector accepted on their behalf. Rolling Stone recognized just over a handful of women on their 100 Greatest Artists of All Time and not surprising, Tina Turner made the list.

Tina Turner courtesy of YOU TUBE

Deborah Ann Harry established Blondie in the mid '70s. The new wave and punk styles were popular in the UK and Australia but it wasn't until 1978 and the release of Parallel Lines that Blondie experienced mainstream success in the United States. The band broke up in 1982 and Debbie went on to pursue a solo career. In 1997 the band reunited successfully. They composed "Maria" which topped the charts hitting number one in the UK in 1999. Following the release of the hit, they performed concerts throughout the world and in 2006 were inducted into the Rock and Roll Hall of Fame. Blondie released their ninth studio album in 2011.

Blondie courtesy of YOU TUBE

Dolly Parton is the best selling country artist of all time. Having sold an estimated 100 million albums, she crosses the barrier of country music to entertain as an actress, author, songwriter and instrumentalist. Her career began at age nine on the Cass Walker show in Knoxeville, Tennessee but it wasn't until she was thirteen and appearing at The Grand Ole Opry in Nashville that she was discovered by the man in black himself, Johnny Cash. After graduating high school she moved to Nashville and began writing songs. During this time she wrote a song for Hank Williams Jr. and two top-ten hits with her uncle, Bill Owens. Dolly's first full length album was released in 1967 and was titled Hello, I'm Dolly.

Dolly's first blockbuster hit was "Jolene" followed up by what many consider to be her signature song "Coat of Many Colors".

Dolly Parton courtesy of YOU TUBE

Born Alecia Beth Moore in Doylestown, Pennsylvania, Pink's career began with the girl group Choice. It wasn't until 2000 that she released her first solo single "There You Go" from her premier album Can't Take Me Home. With the release of Missundaztood in 2001, Pink reached financial and captious fame. Four songs on her sophomore album broke into the top twenty on Billboard's Hot 100 making Pink a bonafide pop/rock sensation. In 2003, Pink released her third album, "Try This". While the album didn't do well fiscally, it brought home a Grammy for Best Female Rock Vocal Performance for the single "Trouble". Her fourth album was released in 2006 with a marked rebound debuting at number six on Billboard's Top 200. Album number five broke in 2008 with her first solo number one, "So What" blazing the trail for three additional top twenty hits. In 2010, Pink released her first Greatest Hits album. The album generated two singles. Both songs broke into the top twenty. "Raise Your Glass" rocketed to number one. By the end of 2009, Billboard magazine declared Pink the number one Pop artist of the decade and number thirteen Rock artist of the decade. Pink has accepted three Grammys and five MTV Music Awards.

P!nk courtesy of YOU TUBE 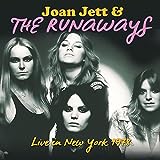 American singer, songwriter and actress, Joan Marie Larkin was born in Philadelphia, Pennsylvania. Her front woman origins date back do the days when she co-founded and sang with the Runaways. Jett wrote lyrics and played both rhythm guitar and lead guitar for the group of women who recorded five albums and toured the world with bands like Van Halen, Cheap Trick, Tom Petty and the Heartbreakers, the Ramones, the Sex Pistols, Blondie and Generation X. Joan was fashioning herself after Suzi Quatro, the British-born divinity who paved the way for female bassists. To the dismay of many punk/glam rock enthusiasts, the Runaways dissolution came to a head and they split in 1979.

Out of the rubble of the Runaways and from the stage of the Whiskey a Go Go came Joan Jett and The Blackhearts. Both Europe and the US welcomed the semi-mavericks with open arms. Several top forty hits followed including, "I love Rock and Roll" which stayed at number one on Billboard's top 100 for seven weeks in a row. The song remains at #56 of Billboard's best songs of all time.

Joan Jett has since created her own label dubbed Blackheart Records. The label is proprietor to such names as Metal Church, Big Daddy Kane, Girl in a Coma, The Eyeliners and of course, Joan Jett and the Blackhearts. With a total of fifteen albums from the Runaway days until her last album was released in 2004, she has been christened the "Godmother of Punk." She's worked with bands like Aerosmith, Alice Cooper, Bruce Springsteen, Queen, The Police, Paramore and Green Day and after more than forty years of rocking, Joan Jett still loves Rock and Roll!

Joan Jett courtesy of YOU TUBE

Aretha Louis Franklin was the first female artist to be inducted into the Rock and Roll Hall of Fame. She's given twenty Grammy acceptance speeches and managed to make it into Rolling Stone's coveted top ten Greatest Artists of All Time.

Her road to fame began in Detroit, Michigan in her early teens when she began recording gospel songs. Mowtown's Berry Gordy passed over Franklin fearing she was "too local" to be lucrative for the label. When Columbia Records signed her at the age of eighteen, they believed she would be the replacement for Billie Holliday. Her career at Columbia was short and in 1966, Atlantic Records became Aretha's home. The move landed her the famed "Think", "Chain of Fools", "(You Make Me Feel Like) A Natural Woman" and "Respect" which became her trademark song. Her musical genius came into the world at a time when civil rights needed a strong voice to help the cause and her voice was just that. She had gumption in her spirit and constitution in her voice, and many believed she compromised nothing along the way. Some argue that it was her Baptist upbringing and others say it was her sheer brilliance that determined the pattern of nearly perfect song choices. Either way, she has spanned more music genres in her lifetime than most people have on their IPODs.

Aretha Franklin courtesy of YOU TUBE

In the prime of her career Miss Joplin was known as the "Queen of Psychedelic Soul." As a beatnik with an auto-harp, Janis stood out amongst her peers. Her raspy voice and rock attitude made her a crowd favorite in California and eventually onto the stage of Woodstock. She grew up in Texas and later transplanted to the notorious Haight-Ashbury district.

Known to her friends as "Pearl", she developed a lethal addiction to heroine and died on October 4, 1970. At the time of her death, she had a slue of published songs but surprisingly only one number-one hit, "Me And Bobby McGee". In 1995 she was inducted into the Rock and Roll Hall of Fame and In 2005 was awarded a Grammy for Lifetime Achievement.

There remains much controversy over the specific cause of Janis' death. Some speculate as to whether or not the heroine was injected by Janis or perhaps administered by someone else. Nevertheless, her music lives on and is widely covered.

Janis Joplin courtesy of YOU TUBE