Christopher Marlowe was an English dramatist, the so-called "father of English tragedy", and the "inventor" of dramatic blank verse. He was the eldest son of a shoemaker at Canterbury and was born in that city on the 6th of February 1564. His father survived by a dozen years or so his illustrious son.

Christopher received the rudiments of his education at the King's School, Canterbury. He later on went to Cambridge and the Benet (Corpus Christi) College.

Francis Kett, the mystic, burnt in 1589 for heresy, was a fellow and tutor of his college, and may have had some share in developing Marlowe's opinions in religious matters. Marlowe's classical acquirements were based for the most part upon a minute acquaintance with Roman mythology, as revealed in Ovid's Metamorphoses. His spirited translation of Ovid's Amores (printed 1596) does not show a very intimate knowledge of Latin grammar and syntax. Before 1587 he seems to have quitted Cambridge for London, where he attached himself to the Lord Admiral's Company of Players. He began almost at once writing for the stage.

Of Marlowe's career in London, apart from his four great theatrical successes, we know hardly anything. But he evidently knew the well known dramatist Thomas Kyd, who shared his unorthodox opinions. His verse was criticized and his atheism and homosexuality brought him in great danger. Fortunately, Marlowe was intimate with the Walsinghams of Scadbury, Chiselhurst, kinsmen of Sir Francis Walsingham, who was a personal friend of Sir Walter Raleigh. The dramatist is said to have been friends with the poetical earl of Oxford also, with mathematicians as Walter Warner and Robert Hughes and with the notable astronomer Thomas Harriott.

The licentious character of some of the young dramatist's tirades and his morals that left "everything to be desired", as nineteenth century poet Algernon Swinburne says it, have set hem "outside the pale of civilized humanity".

As the result of some depositions made by Thomas Kyd under the influence of torture, the Privy Council were upon the eve of investigating some serious charges against Marlowe when his career was abruptly and somewhat scandalously terminated. The order had already been issued for his arrest, when he was slain in a quarrel by a man variously named Archer or Ingram. It all happened in Deptford, at the end of May 1593. Christopher Marlowe was buried on the 1st of June in the churchyard of St Nicholas at Deptford.

The following September he was referred to as "dead of the plague." The disgraceful particulars attached to the tragedy of Marlowe in the popular mind appeared only four years later. Thomas Beard, the Puritan author of The Theatre of God's Judgements, used the death of this playmaker and atheist as one of his warning examples of the vengeance of God. There were made also some embellishments of this story: someone stated that Marlowe came to be "stabbed to death by a bawdy servingman, a rival of his in his lewde love", and another man said that when the poet tried to prevent an assault upon an innocent man, his dagger was thrust into his own eye. But we don't really know the circumstances of Marlowe's death for sure. There is for example some evidence that Marlowe worked as a spy and it is even possible that his death was a set-up.

A few months before the end of his life, Marlowe transferred his services from the Lord Admiral's to Lord Strange's Company, and may have been brought into communication with Shakespeare, who in such plays as Richard II and Richard III owed not a little to the influence of his romantic predecessor. Some say that Shakespeare could not have possibly written all those magnificent plays... and Christopher Marlowe in fact, who survived his "death", was writing under his name.

"With many and heavy faults, there is something of genuine greatness in Tamburlaine the Great," says Swinburne. "And for two grave reasons it must always be remembered with distinction and mentioned with honour. It is the first play ever written in English blank verse, as distinguished from mere rhymeless decasyllabics; and it contains one of the noblest passages, perhaps indeed the noblest, in the literature of the world, ever written by one of the greatest masters of poetry in loving praise of the glorious delights and sublime submission to the everlasting limits of his art. In its highest and most distinctive qualities, in unfaltering and infallible command of the right note of music and the proper tone of colour for the finest touches of poetic execution, no poet of the most elaborate modern school, working at ease upon every consummate resource of luxurious learning and leisurely refinement, has ever excelled the best and most representative work of a man who had literally no models before him and probably or evidently was often if not always compelled to write against time for his living."

Goethe passed a just and generous judgment on the Faustus of his English predecessor (they treated the same subject), that is considered as Marlowe's masterpiece. "Few masterpieces of any age in any language can stand beside this tragic poem - it has hardly the structure of a play - for the qualities of terror and splendour, for intensity of purpose and sublimity of note," Swinburne notes. The first two acts of The Jew of Malta "would be sufficient foundation for the durable fame of a dramatic poet (...) The figure of the hero before it degenerates into caricature is as finely touched as the poetic execution is excellent; and the rude and rapid sketches of the minor characters show at least some vigour and vivacity of touch."

Swinburne again, on the poetry of Christopher Marlowe: "One of the most faultless lyrics and one of the loveliest fragments in the whole range of descriptive and fanciful poetry would have secured a place for Marlowe among the memorable men of his epoch, even if his plays had perished with himself. His Passionate Shepherd remains ever since unrivalled in its way - a way of pure fancy and radiant melody without break or lapse. Marlowe's poem of Hero and Leander (...), closing with the sunrise which closes the night of the lovers' union, stands alone in its age, and far ahead of the work of any possible competitor."

"The place and the value of Christopher Marlowe as a leader among English poets would be almost impossible for historical criticism to over-estimate," Swinburne concludes. "He first, and he alone, guided Shakespeare into the right way of work; his music, in which there is no echo of any man's before him, found its own echo in the more prolonged but hardly more exalted harmony of Milton's. He is the greatest discoverer, the most daring and inspired pioneer, in all our poetic literature. Before him there was neither genuine blank verse nor a genuine tragedy in our language. After his arrival the way was prepared, the paths were made straight, for Shakespeare."

Julian Glover reads Christopher Marlowe's famous poem "Come live with me and by me love". Introduced by Sir John Gielgud: 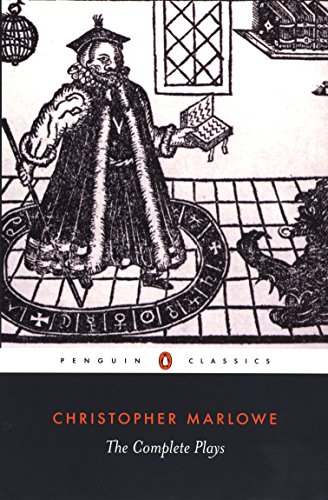 Come Live with Me and Be My Love, also known as The Passionate Shepheard to His Love

Christopher Marlowe's most famous poem was first published in 1599, six years after his death in a tavern fight in Deptford, aged 29. The full text of the poem is below, with the extracts included in the video enclosed in quotation marks "". Note that this version of the text varies slightly from many other versions which you might find:

"Come live with me and be my love,

And we will all the pleasures prove

That hills and valleys, dale and field,

And all the craggy mountains yield.

There we will sit upon the rocks,

By shallow rivers to whose falls

And I will make thee a bed of roses

With a thousand fragrant posies,

A cap of flowers, and a kirtle

Embroidered all with leaves of myrtle;"

A gown made of the finest wool

Which from our pretty lambs we pull;

Fair lined slippers for the cold,

With buckles of th purest gold;

"A belt of straw and ivy buds,

With coral clasps and amber studs:

And if these pleasures may thee move,

Come live with me and be my love."

The shepherds' swains shall dance and sing

For thy delight each May morning:

If these delights thy mind may move,

Then live with me and be my love. 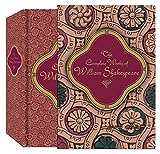