I watch them just about every year, and I am always impressed. After reading the 1897 book, Dracula, by Bram Stoker, I can honestly say that I much prefer the movie with Bella Lugosi. Although the book is truly excellent, and absolutely classic in the plot of a vampire relocating from Transylvania to London, it lacks one great thing, the charm of Bella Lugosi. The image of Bella, the voice and the unforgettable accent are the intriguing ingredients that make this character forever embed in the mind.

Frankenstein- the exciting and yet sad story of a rather timid giant, is forever in our minds in the image of Boris Karloff, lumbering, grunting, and smiling. Karloff aroused fear with his enormous size, scars, and bazaar flat head, while at the same time stirring pity with his shy, and timid smile.

I read The Strange Case of Dr. Jekyll and Mr. Hyde and found it to be clever and imaginative, however, seeing Fredric March in the part has ingrained the story into my consciousness. I frequently battle with my own Mrs. Hyde who wants to throw away responsibility to run amok.

The great novel by Gaston Leroux, Phantom of the Opera ,was released as a movie in 1925 with Lon Chaney as the phantom. Chaney fit the role like a glove. He did all he could to fit the written description of the phantom. The book described the face of the phantom as skull like and the skin being stretched tightly over the bones, with bulging eyes. Somehow Lon Chaney, "The Man of a Thousand Faces," was able to pull off masterfully.

Bela Lugosi in His Classic Role

Dracula was released in 1931 as a B movie, with Bella Lugosi playing the part that he had been playing on the stage. Whenever one emulates Dracula today, they are actually impersonating Bella Lugosi. This man was not acting, he was living the part, and this B movie that was released with the idea of making a little money and being otherwise uneventful, become a huge sensation that nobody could have predicted.

There was a spanish version of Dracula being filmed simultaneously with the English version. The cast would come into the studio at night to film on the exact same sets. This version actually is better in many ways because it was being filmed just behind the English version, and the cast were able to watch the rushes and use it as a guide for their own performances. As a result, they figured out better camera angles and some superior props. Over all the results of the Spanish Dracula is a higher quality, and more artistic movie.

But, the main successful ingredient, Bella Lugosi, is missing and therefore the English version better. Carlos Villarias did his best, but he was simply an actor playing Dracula. How can that compare with Bella Lugosi, who truly was Dracula?

The big lumbering ox with the gentle, timid smile. Boris Karloff's interpretation of Frankenstein's monster has inspired numerous other monsters over the years, but this monster remains king. 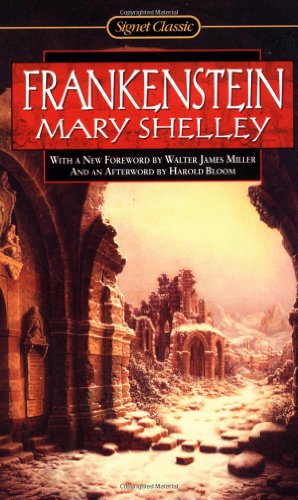 So many versions of this movie exist, but the very best one is the Fredric March version. It is cleverly filmed, historically accurate in costume, and scenery, and the beast, - Mr. Hyde, is true to the book description. As I recall, the writer, Louis Stevenson, described Hyde as "monkey like" in appearance and gestures. Frederic March nailed it to a tee.

Also, the contrast of Mr. Hyde was Dr. Jekyll; being handsome, moral, and respectable. This was effective in the beautiful, well mannered, and well dressed image of Fredric March. The later version with Spencer Tracy lacks this. Tracy is a fine actor, but he lacks the good looks and gentleman qualities to sharply contrast with Mr. Hyde.

The close second best version is silent, with John Barrymore in the lead role.

The Phantom of the Opera (1924) (Silent Film Classic)
Buy Now

Lon Chaney as The Phantom

Phantom of The opera

One of the most hideous monsters ever to grace the screen was Lon Chaney's version of Erik, in The Phantom of the Opera. Even after seeing this 1925 movie a couple of times, it is still frightening and shocking to see the Phantom being revealed for the first time while playing the organ. Fortunately, it was a silent movie, because I just don't think any voice could have acted better than Lon Chaney's whole body did, when he went from the lightly moving, and gentle gestured movements to the abrupt, and aggressive dramatic presentation after his mask was removed.

Lon Chaney was Nicknamed "Man of a Thousand Faces"

Lon Chaney was the son of deaf mute parents. He learned to pantomime as a child in effort to communicate with his parents. He was perfectly suited for silent films because his face and body were so expressive. He became a stage actor and and married in 1902, and in 1906, Lon Chaney Jr. was born. Lon and his wife divorced in 1912 and Chaney was so distraught that he attempted suicide by consuming mercuric chloride. He survived the suicide attempt but his voice was permanently ruined. This was to blemish his career on the stand and Lon tried his talent in silent movies. He worked for Universal Studios in 1913, gradually carving out his path. Chaney was a superb actor and was leaving a mark for himself as the man who was able to transform himself into any character imaginable.

Some of his most famous parts were Quasimodo, The Phantom of the Opera and numerous other in which Lon created elaborate ways to bring to life, disturbed and disfigured men out to reap vengeance on society.