Crazy cats and their antics

I have owned cats for over 60 years. Between them and their vets, I have learned a great deal about how they tick.

Why I love cats

I figured out a very long time ago that I didn't need TV or games or anything like that because I had a front row seat in the funniest circus ever. I have taken pictures of my felines over the years and found that they have such a huge range of facial expressions and movements that, well, I couldn't resist putting them on display. Take Dusty, the gray tabby shown here, he always appears to be high on something. I love watching him as he roams around the house trying to keep up with the other cats. I expect him to smile and talk about the colors any minute. In the photo he is looking up at me as if I'm supposed to be feeding him or something. Of course you know that all cats rule, right?

Then we come upon Salty who growls and hisses one minute, as if challenging you to a duel, and then rubs against you for attention (and to put his smell on you, of course). Here he sits as if he owns the spot and I guarantee that if I were to try to make him get up he would challenge (that's his challenging pose, as if you couldn't tell). But Salty can be as loving and adorable as all other cats. Generally his growls are much worse than his claws and teeth. He generally feels over-whelmed if you challenge him. I think he believes that he is the King of the Realm and no one can change that.

This sleek black lady is Dakota who is perpetually a fraidy cat, literally. (She got caught in the engine of a Dakota truck as a kitten, thus the name--no permanent damage except that she is terrified of her own shadow). Today, she has decided to stick up for her rights and has confiscated the ottoman for her own purposes. However, you can guarantee that if anyone were to challenge her she would be a "flash" cat who would disappear right before your eyes and no one would see her for the remainder of the day. I don't get many pictures of her so I took advantage.

This cute little guy is Mittens. He could win just about anyone over with his gentle nature and playful attitude. Pick him up, put a coat on him, wrap him in a blanket--it's all good to him. Of course he is also the biggest trouble maker we have. He opens the fridge for a quick peek. He crawls into the tiniest spaces, of course moving everything; generally onto the floor. He purrs on you now and then jumps down to get into mischief. That's our Mittens. But don't worry, no matter what he does, we can still count on his purrfect loving. That means, of course, that we can't be mad at him for long.

Two cuties with lots of power

The first photo is of a pretty, very proper lady called Charlie (Charlene, if you please). She is 19 years old in this pictures. Where she went, the others could not go because it was her's. She ruled the roost until she developed Kidney disease. And when I say ruled the roost I mean it. No one took her spot. No one ate at her favorite feeder, unless of course she already had her fill. She wasn't even afraid of dogs, she would just sit there and look at them like they were crazy or something. And you could pet her for hours and she would just want more.

The next picture is of a rather large brute called Louie. He's probably the biggest cat I have ever owned weighing in at 23 pounds. He didn't rule, but he let the others know who he was. No one bothered Louie too much, I wonder why (hehe). We believe that one of his parents was a bobcat. Louie was a very mellow cat who loved pets and sleeping and not necessarily in that order. When he got it into his head to get on, in, or under something, you can bet he did it. Then we wouldn't know where he was for hours. 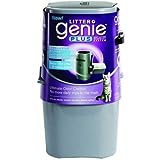 He was no Tigger like in the Pooh stories. He didn't bounce, sing, or live in a tree. He weighed about 20 pounds. But unlike the other cats, he is pretty much a big scaredy cat just like Dakota, except we don't know why he is afraid. He's been in the family since his mother abandoned him as a very young kitten. He is about 18 in these pictures. Tigger has big eyes that he uses to get you to pet him. He just looks and tilts his head, I would melt and so would others. By others I mean those who had been deemed special enough to be in his presence. Others would cause him to disappear until the 'coast' was clear. I picked him up one day to move him off my spot, a favorite of the cats, and he was suddenly gone. Startled, I looked around to see my grandson standing there. "High ho Silver, away!"

This sleepy fellow is Tiger, Mittens' brother. He weighs in at 19 pounds and is all solid muscle. He makes sure everyone knows that he is the Alpha (of course the others let him know that he isn't which makes for a very loud house at times). Tiger had been put outside by his owner after he had been inside most of his life. When the owner wanted to get rid of him, we took him in and, well, you can see he isn't worse for the ware. He is, however, very lovey and puts his giant paws out to 'catch' you as you move by because he wants pets. He will also sleep in the tub. Why? We don't know. We also don't know why he likes to eat snow. A very strange cat. We have to leash him up now and then and take him outside for a walk. He purrs and rubs and walks all around dragging us from one place to another to 'check things out'.

This black wonder is no innocent beauty, though he would like you to think so..

His name is Cocoa. He is large, cuddly and mischievous just like the others, all though he will try to cuddle up like he is the innocent one. Then he'll jump up at some sound he heard and is off and running. Forget the pets, forget the cuddles, there is something going on that he isn't involved in. He will pull out the claws in his effort to get there faster than the others. Of course he doesn't move as fast as the others so he has to take advantage whenever he can. He has a habit of lying on someone and then rolling and curling his head on you while putting out his paw to get your attention. He will even use his paw to pull your hand to his head.