I've been an Elvis fan for many years and have collected a wide variety of photographs of the King! Magazines have been my primary source for finding great shots of him, but sometimes newspapers have nice ones too. Every year on his birthday January 8th, and the anniversary of his death on August 16, 1977 more articles are published along with photographs in memory of Elvis of his life's achievements.

I was so excited to see the twenty nine cent postal stamp of Elvis wearing that gold suit against a hot pink background in 1992. I'd received a letter from Nashville, TN with one of these stamps on it postmarked July 29, 1993. It sits nicely in the upper left hand corner on the front of the bookmark shown here.

On July 8, 1997 I toured Elvis Presley's Graceland and kept my ticket stub. It fit easily on the lower half of the back of the bookmark.

It was the summer of 1997 that I had the opportunity to visit Graceland with my husband. Walking through the home of Elvis was a very unique experience. At first I expected the rooms in his home to be larger probably because Elvis was such a huge star. Then it was fun imagining him walking through the same doorways or relaxing on a sofa in one of the rooms we were looking at. I could almost picture him eating a sandwich at the counter in the kitchen and talking to friends.

The most moving part of the tour for me was to stand in the Meditation Garden where Elvis Presley is buried. Their weren't many dry eyes among those of us seeing where he was laid to rest. I remember standing there thinking of all the great music he'd sung in such a short amount of time. Luckily for those of us who love his music and others who are hearing his voice for the first time we have his recordings and movies to keep his memory alive for years to come.

Singing from the Heart

One of my favorite songs Amazing Grace was sung by Elvis. I found this wonderful recording of it to share here. Sit back and enjoy it.

Elvis's car collection is something to see, but I'd have to say my favorite of all of them would have to be the pink Cadillac. The gift shop across the street from Graceland had every kind of Elvis memorabilia a fan could want. I found this fun pink Cadillac key chain after my trip to Graceland and still carry with me. 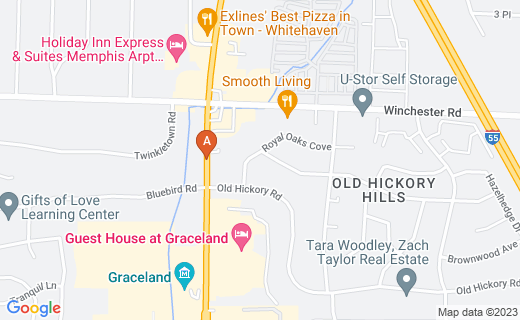