The popularity of "Dancing With the Stars" proves the public has an interest in dancing.

Still going strong in its 6th season, the reality show "Dancing with the Stars" has caused me to ponder what it is about the art of dancing that has maintained the interest of the American public.

"Dancing with the Stars" is a competitive show in which a celebrity is paired up with a professional ballroom dancer. Each week the couples are required to master and perform different ballroom dances in front of a studio audience and panel of judges.

The viewers at home participate by voting for their favorite dancer of the night, each week eliminating one or more couples from the competition. This show has brought ballroom dancing into the spotlight, instructing the average viewer on the variety of dances that are prominent in that arena.

Dancing can be seen in many different forms.

When contemplating the word Dance, one conjures up images that generally refer to movements of the body, usually combined with rhythm and music. Dance can be used as a method of non-verbal communication, or a way of creative expression.

There are many different forms of dance to choose from such as, Ballet, Ballroom, Contemporary, Square Dancing, Line Dancing, Folk Dancing, Polka, Krumping, and Hip Hop, to name a few.

Are you just Chicken?

Dancing is fun and is a good form of exercise. It can be a social activity, wherein you can interact with a partner, or it can be an act of individual expression.

With all the benefits associated with the art of dance, one might ask just what would keep someone from participating.

Could it be for the simple reason that they are "chicken"? If that is the case I have found three incredibly "cool" dances just for you my friend, dances for the chicken.

"How to do the Chicken Dance"

The Polka called The Chicken Dance

The polka known as "The Chicken Dance" was originally written in the late 1950's by a Swiss accordion player named Werner Thomas. People started moving to the melody of the song and soon the dance was born.

Originally called "Dance Little Bird" when it migrated to America, it had lyrics that never really caught on like, "Hey you're in the swing, You're cluckin' like a bird (pluck, pluck, pluck, pluck) You're flappin' your wings, Don't you feel absurd."

Stanley Mills, an American publisher who had acquired the rights to the song, convinced Jimmy Sturr to include it on his album, "Hooked on Polkas" in 1982. The song however was a sleeper until the late 1980's were it began showing up at Oktoberfests and other events. The name was changed to "The Chicken Dance" and became the craze of every dance party event in the 1990's.

Rufus Thomas was the inventor of the Funky Chicken.

Rufus Thomas, a rhythm and blues, funk and soul singer was the inventor of the dance craze in the early 1970's called the "Funky Chicken." He performed at the 1972 Wattstax to a crowd of 40,000 people, where he invited them to get up and dance to the music.

The dance involves acting like a chicken, flapping your wings and flailing your legs around. Although not seen on the dance floor today some people view it as highly "retro" and see the probabilities of a come back as positive. 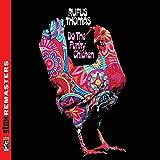 Do The Funky Chicken
Buy Now

Chicken Noodle Soup with the Soda on the Side

Another more recent dance craze that involved chicken is the dance that originated on the streets of Harlem called "Chicken Noodle Soup". Originally recorded by DJ Webstar and Young B, the song tells you how to do the dance and how to eat your soup "with a soda on the side." With the availability of the internet and sites such as YouTube, the new dance craze spread like wildfire. 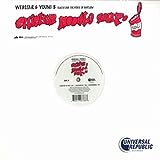 How do chickens dance?...Chick to Chick

Now that you know that even a chicken can dance, what are you waiting for get out there and "shake your tail feathers!"

You might not be quite ready for "Dancing with the Stars", but next time Carrie Ann and Bruno are looking for participants in their new show, "Dance War: Bruno vs. Carrie Ann" it might be your turn to shine.

"So you think you can dance" but you still might need some more practice before you hit the big time, try taking on the Chicken himself. After all, it couldn't hurt, now could it? You might just start a "Dance Dance Revolution!"