The extremely outspoken Dr Cyril Wecht has personally performed over 18,000 autopsies. He has also consulted on over 38,000 autopsies. Dr Wecht has given expert evidence into (to name just a few) the deaths of:

Dr Wecht is America's most controversial forensic pathologist. He was himself the subject of a prosecution by the federal government in 2008. It was alleged he misused the resources of the Allegheny County Coroner's officer for personal gain. The charges were discontinued in 2009.

Even as a relatively young man he was controversial and never afraid to voice his views. Dr Wecht went up against the Warren Commission into the death of President John F Kennedy. His was the lone voice against the single gun theory.

'Cause of Death' by Cyril Wecht - the JFK Assassination

Cause of Death
Buy Now

In 1972, nine years after the assassination, Dr Wecht became the first non-government pathologist to look at the pathology report on President Kennedy. Dr Wecht, as we know, is not shy. He has always held a belief that there was more than one assassin.

Dr. Wecht served on a House committee's investigation into the assassination of JFK in 1978. Dr.Wecht concluded that one of the greatest failures of the Warren Commission was that they accepted a poorly performed autopsy of JFK. Dr Wecht scathingly said the autopsy was deficient, inept and incompetent. And further, the autopsy of President Kennedy was done by two navy pathologists, neither of whom had ever previously done an autopsy involving a gunshot.

In 1993 Dr Wecht published, "Cause of Death," in which he described the Warren Report as "absolute nonsense" and the single-bullet assertion "an asinine, pseudoscientific sham at best."

The video's show just how passionately Dr Wecht speaks about the bungled autopsy with regard to the assassination of JFK, then and now.

From Crime Scene to Courtroom

From Crime Scene to Courtroom: Examining the Mysteries Behind Famous Cases
Dr Wecht reveals details about the deaths of Casey Anthony and Michael Jackson.
Buy Now

Cyril Harrison Wecht was born to a Lithuanian father and Ukranian mother in a tiny mining town (Dunkard Township) in Pennsylvanian on 21 May 1931.

His parents moved to Pittsburgh where they ran a grocer's store.

As a young boy living in Pittsburgh he and his friends used to sneak into the local morgue which was near their neighborhood to satisfy their childish curiosity. On occasions they even got into some rooms where bodies had already been autopsied. Cyril's association with death came young.

Young Cyril Wecht had an interest in music. He played the violin. As an undergraduate at the University of Pittsburgh he was concertmaster of the Orchestra.

His first degree was a Bachelor of Science in 1952. The he went on to get a degree in Medicine from the same university in 1956. He obtained his law degree, also at the University of Pittsburgh in 1962, and finally his Juris Doctor from the University of Maryland School of Law.

Dr Wecht served in the military (the US Air Force) during peacetime for two years. 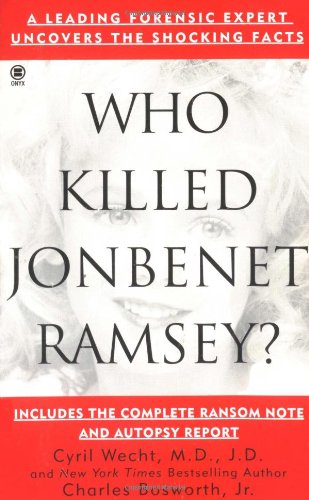 After his military service, Dr Cyril Wecht became a forensic pathologist, serving at St. Francis Hospital in Pittsburgh before becoming the Deputy Coroner of Allegheny County in 1965.

He has pursued his career as a pathologist, educator and author throughout his life.

Dr Wecht, a vibrant speaker, has lectured in over 50 countries. He has published more than 530 professional publications.

His positions have included:

Dr Wecht has received many awards and honors from diverse educational, professional, community, and governmental organizations, including:

Dr Wecht is an Honorary Life Member of the National Academies of Legal Medicine of France, Spain, Belgium, Yugoslavia, Mexico, Columbia, and Brazil.

He has written or co-authored more than 44 books and is an editorial member of more than 16 legal and medical publications.

In short he is among the top 10 most distinguished forensic pathologists of all time. It is difficult to imagine a more productive and active career.

Tales from the Morgue 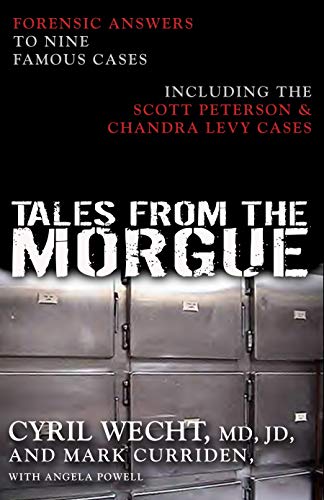 Cyril Wecht is currently 82 and still practicing as a forensic expert with no intention of stopping any time soon. He and his wife Sybil have four children and eleven grandchildren.

Dr Wecht and wife Sybil after his charges were dismissed

Is Cyril Wecht too outspoken?

The Prosecution of Dr Cyril Wecht

In 2008 he went to trial, pleading not guilty on 84 charges including theft of wire and mail services and theft of honest services. The prosecution alleged that Dr Wecht had misused the resources of his coronial office and staff in order to promote his private pathology business. If he had pled guilty to even one charge Dr Wecht would have lost his professional licenses to practice medicine and law. He is quoted as saying, "Some may have considered me to have been stupidly obstinate, but there was no alternative".

His trial ended on 8 April 2008 when the jury became deadlocked, unable to reach a verdict. Then Federal Court Judge McLaughlin made a suppression order over much of the evidence against Dr Wecht. This made a re-trial fruitless and the prosecution filed a motion to dismiss the charges in 2009.

Dr Wecht hired former Attorney General Dick Thornburgh and the law firm K&L Gates as his legal representatives. The cost of his representation was so high that he and his wife lost a lifetime of assets, "All that I built up, and all that my wife and I saved, is gone, and I am very much in debt".

However, with his usual top gear energy, Dr Wecht released a new book during the trial.