How David Archuleta Rose to Fame

David Archuleta rose to fame, in 2008, on the immensely popular singing competition known as American Idol. He was the youngest contestant on the show and showcased unbelievable, natural talent that made him a favorite with the judges. David's singing and his personality also made him a fan favorite and he took on the nickname of Archie during the show.

While Archie lost the American Idol crown to rocker David Cook, he still came out a winner. Making it to the Top 10 on the show, he secured a spot for himself on the American Idol Summer tour. Making it to the Top 2, he was gifted a vehicle from Ford. Also, shortly after winning the show, he landed a recording deal with Jive Records and while participating in the American Idol summer tour, he was working with top producers and songwriters, like Max Martin and Kara DioGuardi, on his much anticipated debut album, which was released on November 11, 2008. It was titled David Archuleta. The album has done extremely well, selling millions of copies and has made it to the Billboard charts, showcasing and proving just how talented David Archuleta really is.

David Archuleta's self-titled debut album consists of 12 emotional and catchy songs that range from pop to ballads to R&B to a bit of rock, showcasing just how versatile David is as an artist. The songs on the album cover topics such as love, crushes, and relationships - topics that people of all ages can relate to and connect with.

David puts himself into every song and we can see that he connects to every lyric that he sings. His voice is angelic and mesmerizing from beginning to end, no matter what song he is singing on the album, no matter what musical style it happens to be.

There are only two songs that David Archuleta co-wrote on the album. Perhaps he was not allowed by the label or the producers to write more for the album. Or maybe there was another reason. Still, I wish he had co-written, if not solely written, most of the songs on the album. And of course I am referring to the lyrics here and not the music part of it. Still I give him credit for at least co-writing two songs. That is better than nothing after all.

I think that David Archuleta's debut album is a must-have album for people of all ages. That's right. You don't have to be a teenage girl, with a huge crush on David, to enjoy his album. I love his album and it has become one of my favorites. I even wish I had bought it much sooner than I did and I can't wait for him to release his next album and many more that will follow. I believe that David Archuleta will be around for a very long time on the music scene and we will be able to indulge in him and his music for decades to come. 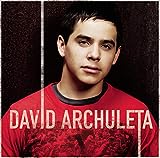 Other Albums by David Archuleta

I have The Other Side of Down in my collection and love listening to this album. David co-wrote ten of the songs on this album, which is fantastic. He is a great songwriter and deserves to showcase his talent to the world.

I don't have the Christmas album or Begin but I am sure they are wonderful albums that showcase David's talent and passion for music and make him shine.

Which album released by David Archuleta is your favorite?

Do you think David Archuleta should have won American Idol?