David Bowie on the Isolar Station to Station World Tour in 1976.

My seventeen year old daughter cried when when she heard that the legendary, enigmatic, and dazzling pop star had passed away. Why would a young person today cry over the death of an aging pop celebrity?

Why? David Bowie's music reaches out to the alienated, to the different, to the marchers to a different beat... to the young; ergo, my daughter's tears were not merely superficial.

So, at fifty-something, as I heard the news of his passing, I sat stunned and saddened and looked back through time to the years when Bowie turned my world...watched time run forward through Bowie's ever-changing persona and heard the music that was ever distinctly... Bowie.

Note: This is a partial list...albums that I wore out listening to.

The Rebels and Ziggys That We Were

David Bowie, had then, what he has now; the ability to lean in and speak to the inner parts of people that disdain the ordinary and to chord the parts in a person that reach the Rebel Rebel, the Ziggy, the Aladdin Sane, and the Diamond Dog (and weren't parents thrilled to see that album cover; just what he and we wanted to a statement!).

What statement was it that reached us...that drew us in...children of the 70s that we were?

Androgynous sexuality (or at least the appearance of ambiguous gender)

ANY sexuality (see above)

Glam (Predominate in the late 60s to early mid 70s and Bowie was the master of it!)

Nonconformity (Outrageous and mostly of the in your face type)

Unpredictable (Bowie was ever that)

Ever changing and new (You never knew what alter ego would turn up next in Bowie...only that we would love it and embrace it, in him and in ourselves.)

How could the folkies, the hippies, the peace activists of the Sixties ever have imagined the pop/rock impact of Bowie strutting onstage as Ziggy Stardust or Aladdin Sane? Jaw-dropping. Insane. Stunning. That was Bowie. That was us in the Seventies. We own it...it's ours. 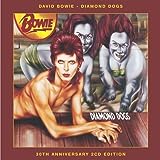 I Got the Roses!

I count myself special and had the privilege to attend a concert on his iconic (Isolar) Station to Station World Tour in the mid-Seventies. I not only attended, but was lucky enough to be the recipient of an armload of yellow roses Bowie handed to me.

Wait...he didn't just hand me the roses; he made eye contact...he smiled THE BOWIE smile... and he was looking right- at -me! I was sitting on a friend's shoulders, stage front and center...what the kids today call the mosh pit (Mother would have died!) I haven't forgotten that amazing life event and I'm not likely to forget it.

Did I take a photo? No...afraid not (The only things I know of that kids brought into that concert with them was a lighter and some grass; and, the quickest way to be labeled a dork was to carry a camera.).

For me, that moment is frozen in time and my memory of it is clear, indeed. I loved him with a passion only the very young can carry off and the moment he looked at me I was dizzy with it. Me. Age fourteen years.

He Led Us to the "Heros" in Ourselves

To some, it may not be much; but to me, it was momentous and indelible and permanent. An event so tremendous during those tender years that it takes me back almost physically to that night. David Bowie and I had a moment. It's true. Others may make a similar claim, but to me I am the only one.

David Bowie transcended generations; hips thrusting through different alter egos whereby we marked moments in our own life and times...Bowie as Ziggy...Bowie as Star Man...Bowie as the White Duke.

The Seventies held my own alter egos; though they were quite less marked than were Bowie's. As I made contact with the “Heroes” in myself through Bowie and his music, I found a place, not alone, where there was understanding and camaraderie.

Through his music, and simply being who he was; he spoke to us. Today he speaks to my daughter.

By the way, Mr. Jones, thank you for the roses. 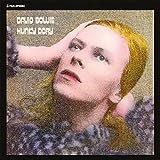