The Wisdom of A Wise Man...Deep Thoughts by Jack Handey

Jack Handey has written several books, and has been was featured Saturday Night Live for several years. He has recently written articles in The New Yorker. Jack Handey is an amazing philosopher - much like Confucius in his life changing and profound quotes, except less life changing and less profound.

"Consider the daffodil. And while you're doing that, I'll be over here, looking through your stuff."

"I wish I lived on a planet that had two suns---regular sun and 'rogue' sun. That way, when somebody asked me what time it was, I'd say, 'Regular time?' And they'd say, 'Yeah.' And I'd say, 'Sorry, all I have is rogue time.' It'd be fun to be a stuck-up rogue-time guy."

"I hope that someday we will be able to put away our fears and prejudices and just laugh at people."

"I wish I had a kryptonite cross, because then you could keep both Dracula AND Superman away."

"After I die, wherever my spirit goes, I'm going to try to get back and visit my skeleton at least once a year, because, 'Hey, old buddy, how's it going?'"

What I'd Say to the Martians: And Other Veiled Threats 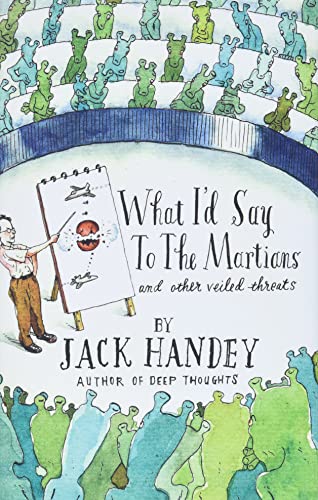 "If you ever reach total enlightenment while you're drinking a beer, I bet it makes beer shoot out your nose."

"I wish a robot would get elected president, that way when he came to town, we could all take a shot at him and not feel too bad."

"Most of the time it was probably real bad being stuck down in a dungeon. But some days, when there was a bad storm outside, you'd look out your little window and think, 'Boy, I'm glad I'm not out in THAT.'"

"To me, clowns aren't funny. In fact, they're kinda scary. I've wondered where this started, and I think it goes back to the time I went to the circus and a clown killed my dad."

"If God dwells inside us, like some people say, I sure hope He likes enchiladas, because that's what He's getting!"

“If you ever catch on fire, try to avoid looking in a mirror, because I bet that will really throw you into a panic.” 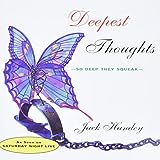 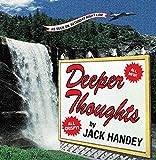 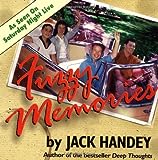 “If trees could scream, would we be so cavalier about cutting them down? We might, if they screamed all the time, for no good reason.”

"If you think a weakness can be turned into a strength, I hate to tell you this, but that's another weakness."

"To me, it's always a good idea to always carry two sacks of something when you walk around. That way, if anybody says, 'Hey, can you give me a hand?,' you can say, 'Sorry, got these sacks.'"

"For mad scientists who keep brains in jars, here's a tip: Why not add a slice of lemon to each jar, for freshness."

"If you're a boxing referee, it's probably illegal to wear a bow tie that spins or changes colors."