Doctor Who - The Seventh Doctor

The Seventh Doctor Who

After the sudden departure of Colin Baker's Sixth Doctor, a new regeneration appeared in 1987. The Seventh Doctor, played by Scots actor Sylvester McCoy, plays a very different sort of Doctor and has the dubious distinction of being the only Doctor to have been cancelled.

Sylvester McCoy as the Seventh Doctor

Continuing away from ever younger actors, Sylvester McCoy was 44 when he was given the part of the Doctor – older than both his recent predecessors.  Born Percy James Patrick Kent-Smith, the actor took up the name Sylveste McCoy while performing in a one-man comedy show.  It was his physical style of comedy that landed him the role as a relative new-comer who had performed in several television roles since the mid-1970s.

He went on to complete three full series as the Seventh Doctor, before the show was cancelled.  Later, McCoy recorded “Dimensions in Time,” shown in 1993 as part of the Children in Need charity programme.  It would not be until 1996 when he would reprise the role during the single TV movie appearance of the Eighth Doctor undergoes a particularly difficult regeneration.

McCoy's career since has included several more television appearances in a variety of roles and continues to be a working actor.

How did Sylvester McCoy play the Seventh Doctor?

In his first appearance as the Doctor, he wore a wig and donned the clothes of his predecessor to play an abbreviated regeneration scene Sixth Doctor. His face was made unrecognisable for a few seconds, and then the curly hair disappeared and Sylvester McCoy appeared.

Like other Doctors before him, the Seventh Doctor abhorred violence and avoided it whenever he possibly could, but didn't seem to have a problem with other people taking violent acts out for him. While he starts out as a very comic figure, his bumbling style makes way for a darker and more complex character than ever.

Again, a very clever, clever man, the Seventh Doctor is increasingly driven to seek out those who would do evil. He becomes methodical in what he now seems to consider his business of righting wrongs.

This Doctor's dress is toned down but still unusual, often carrying an umbrella and a hat when venturing out of the TARDIS. His jumper vest belied an academic standing, but the Seventh Doctor is clearly still an eccentric.

What was the most recognisable trademark of the Seventh Doctor?

This Doctor has a penchant for hats, almost always being seen with a beige Panama-type hat.  He also donned a very normal-sized scarf, a jumper vest and an often loose tie.

But his umbrella, with a pronounced question mark-shaped handle, is perhaps his most recognisable accessory.

Who were the Seventh Doctor’s assistants?

The computer programmer and fitness aficionado Mel remained with him through several serials, leaving in the serial “Dragonfire,” at the end of the 24th season in late 1987.  She has a photographic memory and maintains an upbeat front to the Seventh Doctor's increasingly brooding personality.

The waitress who tells the Doctor of the treasure in “Dragonfire” is none other than Ace.  She joins the Doctor on his travels and stays with him until the end of the show in 1989.  This amateur chemist and troubled youth and is played by Sophie Aldred.

Many of the adversaries faced by the Seventh Doctor were making repeat appearances.  His tenure begins with the renegade Time Lady, the Rani.The Master also makes another appearance in the ironically-named final episode, “Survival.”  The Daleks and Davros also make an appearance, while the Cybermen return to threaten Earth in “Silver Nemesis.”

Among the new enemies faced by the Doctor were Bannerman, Lady Peinforte, the Kandy Man, Light, the Gods of Ragnarok, and Morgaine.  An ancient evil force known as Fenric is a particularly dangerous foe that is older than the Time Lords themselves.

The Seventh Doctor relied upon very little technology other than the TARDIS itself.  He was certainly capable of manipulating others' technology when it was necessary, but this incarnation travelled light.

Though the Doctor did not rely upon it (often telling her to leave it behind) his companion Ace carried a home-made explosive she called “Nitro-9” in her backpack, which we find can blow up Daleks.  This compound was used on several occasions and seemed a fascination of hers.

When the show was abruptly cancelled, Sylvester McCoy had no reason to think that he'd ever film a regeneration sequence, but his chance came nine years later in the 1996 film (referred to by some as “Enemy Within,”) with Paul McGann playing the Ninth Doctor.

The Seventh Doctor is shot after landing the TARDIS in San Francisco.  He dies in hospital and actually regenerates inside the morgue after being pronounced dead.

Doctor Who - The Seventh Regeneration

For the full story you need the ultimate guide...

About Time 6: The Unauthorized Guide to Doctor Who (Seasons 22 to 26, the TV Movie) (About Time series)
Buy Now 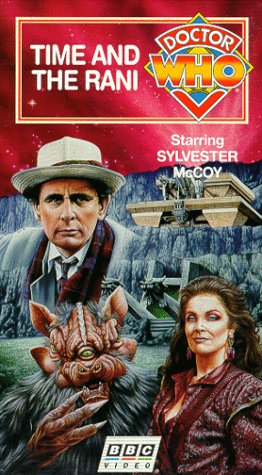 Doctor Who: Time and The Rani [VHS]
Buy Now

Filmography of the Seventh Doctor