Ireland has always been referred to in the feminine tense, from the days of mythology right up to its present scholars. If she could choose a voice to sing her history, she would choose Dolores O’ Riordan’s amazing, Amazonian, primal, banshee voice that has rocked fans worldwide for a generation.

Lead singer of ‘The Cranberries’ and an acclaimed solo performer, She is the greatest female rock star in the world, packing arenas every night and wowing them with mantric ballads and anthems that have become embedded in rock folklore. Her rock persona is ever changing, whether she is a Celtic pixie, or a dark punk, she stands on the stage, petit in form, a large electric guitar strapped around her, looking out over a sea of people, and putting them into a trance with a voice that can open the heavens, before cranking into a rock number that causes the arena to lift its roof.

She was born on the 6th of December 1971, the youngest of seven children, and grew up on a struggling farm in Ballybricken, 8 miles outside of Limerick City. Her mother christened her Dolores, meaning the seventh pain. A devout catholic, she wanted Dolores to be the typical little girl, to grow her hair long and wear dresses and say her prayers, but all Dolores wanted to do was to play with her 5 older brothers, in a pair of ripped jeans and a muddy t shirt, she was a rebellious child, and on the times her brothers refused to play with her, she went for long walks in the forest with her dog, letting her imagination run wild, making up songs and stories and telling secrets to her dog. This sparked the beginnings of her creativity and honest song writing and from an early age she could sing and play the piano. Growing up she continued her rebellious nature, remaining distant from the attention of boys and becoming more punkier in her appearance. She still attended mass every Sunday, singing hymns in a church choir, forming the basis of her mantric style choruses.

In 1990 she auditioned for a rock group called 'The Cranberry Saw Us', comprising of Noel Hogan on guitar, Mike Hogan on bass and Fergal Lawler on drums. She was hired thanks to her unique singing voice and her song writing skills, which were still raw at the time. The band soon changed their name to ‘The Cranberries’, and recorded demo tapes that included a rough version of their hit single ‘Linger’, sending them off the record labels to see if they could generate any interest. They toured the Limerick pub rock scene, an Irish scene that was buzzing with rock vibes at the time, thanks to acts like U2 and Sinead O Connor gaining massive fame, and the success of the film ‘The Commitments’ . Pretty soon after, representatives from record labels started to attend their gigs to hear this unique voice never heard before in rock music. It wasn’t long until they were signed to Island records and released their first album entitled 'Everybody Else is Doing it so Why Can't We?' in 1993, this was followed by 'No Need To Argue' (1994), 'To The Faithful Departed' (1996), 'Bury The Hatchet' (1999) and 'Wake Up and Smell the Coffee' (2002) with MCA records, which was then followed up by a greatest hits album. Their rise to the top was quick and glamorous, a drawback for the young 22 year old Dolores, who had never stepped foot outside of Limerick before the bands success. Her voice became instantly recognisable, and American TV shows that had themes of teenage angst quickly paid top dollar to use any Cranberries songs to generate a cool soundtrack, making her and the band a massive hit in America. Songs like 'Dreams' and 'Linger' were never off the air, but it wasn’t until 1994 that they took off into the stratosphere with their anti war anthem ‘Zombie’, a song to stop the shattering violence and murder that was tearing the north of Ireland apart at the time. She read an article of a young boy who died in her mother’s arms after an I.R.A bomb ripped a street in London apart and said enough was enough. The band recorded their video in Belfast and Dublin, a video that included soldiers on patrol on the streets of Belfast and Dolores painted in gold, standing in front of a crucifix, surrounded by golden children, to signify she was there to protect the kids from the death and violence, for people to stand up and take action. ‘Zombie’ is a song that rips the soul and fills you with raw emotion; and it can still be heard sang by groups of drunken people on nights out in cities and towns around Ireland. It is the greatest Irish rock anthem of the 1990’s.

More hits soon followed, all of them hitting high in the charts, songs that float in the memory; they include ‘Just My Imagination’, ‘Ode to My Family’, ‘Promises’, 'Free to Decide', 'Salvation' and 'Ridiculous Thoughts', to name but a few. Her songs include themes of religion, love, forloning, war and personal conflict. Throughout her career she continues to ask questions about herself, what tortures her mind and her soul, and answers these questions with strong lyrical answers and tuneful melodies. She is often compared and confused with Sinead O Conner, but where the latter ripped pictures of Pope John Paul the Second in public and blasted anybody that got in her way, Dolores has remained placid throughout her career, letting her songs do the talking, and battling her own conflicts by converting them into unforgettable songs. The Cranberries took a Hiatus in 2002 and she concentrated on her solo career, releasing 2 albums, 'Are You Listening' in 2007 and 'No Baggage' in 2009, with haunting singles like 'Black Widow' and 'Ordinary Day'. She has never shied away from her problems, which include her battle with depression from constantly touring the world. But she is a warrior; she has maintained a marriage and raised 4 kids, a subject matter to one of her most profound songs 'Animal Instinct’, one of the best rock songs about motherhood ever written, and a song that any mother can relate to. It’s about the stress of raising kids, and the crippling fear of the thought of losing them, vowing to do anything to protect them, letting her animal instinct rage inside of her.

In January 2009 The Cranberries reunited, much to the delight and relief of their millions of fans. They did a world tour performing their classics, and on February 2012, they will release their hotly anticipated new album ‘Roses’. At the age of 40, Dolores O’ Riordan has it all, looks, talent, persona, presence and a voice that will never be forgotten. 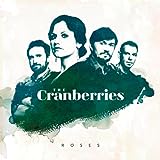