How amazing it was to discover Elliott Smith and be so deeply touched by him only to move mere blocks from the tribute wall set up for him on Sunset Boulevard.

The wall keeps getting defaced by people who probably have no idea what the point of it is. A MySpace page has been created to bring some level of awareness to the point of the wall.  The wall gets reviewed on sites like Yelp! and noted in articles form time to time.  It's an LA indie rock landmark.

For those who are unaware, Elliott Smith was a singer/songwriter who was either murdered or committed suicide in his home on October 21, 2003 in Los Angeles's Echo Park neighborhood. Elliott was an amazing (and oddly unknown) talent, whose music and words resonate deeply with people and will for years.

I stop by the wall frequently and pass it numerous times a week. Last week, my obsession with Elliott reached new heights as I rode my bike up a few Echo Park hills to see the house where he died. I feel like a mix of loser/jerk for doing this, but the location of the house has already been published in several places online... and frankly, those who might criticize my actions probably have never felt the sort of connection I do with Elliott's music and in turn, the man himself. Plus, I don't think his case should just be left open. I really don't think he killed himself. Anyhow, here are a few photos I took on my recent trip. 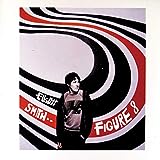