Hi everyone! Today I decided to write about a band that has just won the Eurovision semi-final in Hungary, the Compact Disco. They have a song with a very important message, which the world needed in 2012 (and it's still actual). I think they have an awesome song, and I hope that the world will understand what they want to say. Enough from the band for now , but what is the Eurovision?

In every year, since 1956, a song contest takes place in Europe, called Eurovision. In this contest participates (almost) all European country. Singers (or bands) can enter for the competition only with a brand-new song. Each country organises a semi-final to decide which song is the best to represent it’s country in the European final. On 11, February Hungary selected it’s competitor, the Compact Disco, for the big challenge, the final of the Eurovision Song Contest 2012. They are going to Baku, the capital of Azerbaijan, because the previous winner was the Azeri team, Eldar and Nigar ) the name of their song was Running Scared) With their song, the Sound of our Heart, the Compact Disco won the heart of Hungary, but what can they show in Baku?...Let’s see some information about the band: 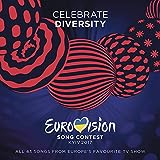 The Compact Disco was found in 2008 as an electro-pop band. The members:
Behnam Lotfi - loops, grooves, additional tracks, effects
Attila Sándor – bass
Gábor Pál – keyboards
Csaba Walkó – vocals.
Their first bigger album was the Stereoid, published in 2009. The band won 3 awards in 2011: The Fonogram Award (for the Best Performance in Electronic Music), the Antropos.hu Award (for the Album of the Year 2010 - ’II’), and the MTV Europe Music Awards (Best Local Artist – Hungary).
They’re giving a lot of concerts, and thay published some albums too, but the real popularity was given by this competiton. After they heard the song, one of the judges said that it could be up to any Coldplay song. ’Since this, we’re the Hungarian Coldplay…’ said Csaba, the vocalist in an interview. They promised that they will do everything to show Europe that Hungary’s got talent…

Anyway, I love them, I love the song too, and I hope Europe will too.