Just for fun, I like to go out to YouTube and listen to old songs. I usually try to find ones that make me feel good. I call them Feel Good songs. They are usually songs from my past that have a good uplifting beat or songs that I associate with fun.

Whenever you're feeling down or have a lot of housecleaning to do, click onto this hub and listen to the songs. Listening to "feel good" songs can even make chores seem more fun and the time passes by more quickly.  It's really hard to feel depressed or down when your feet want to get up and dance.

I spent a few hours calling up videos tonight assembling some of my favorites. I hope you enjoy them. Look at the links at the bottom of the page for more similar hubs by me.

"Walking on Sunshine" by Katrina and the Waves

2015 marks the 30th Anniversary of "Walking on Sunshine" by Katrina and The Waves. Even Dolly Parton recorded a version of this song in her 1996 album called "Treasures".

"Walking on Sunshine", or parts of it have been featured in lots of Hollywood movies.

The song was widely played in the aftermath of Hurricane Katrina because of it's uplifting nature and the irony of it being by Katrina and The Waves. Lead singer Katrina Leskanich has stated that she would hate for their song to be associated with sadness.

"Stayin' Alive" by the Bee Gees 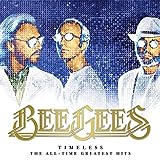 "Stayin' Alive" by the Bee Gees

Pick any song from the "Saturday Night Fever" soundtrack and you'll find an energetic uplifting beat. I absolutely love the Bee Gees. "Stayin' Alive" was released as a single in December 1977 even though it had not been originally intended to be released as single. The song was so popular from the movie soundtrack, that people were calling in to radio stations requesting it.

"Stayin' Alive" has been featured in 20 other Hollywood films besides "Saturday Night Fever". Some of them include: "A Night at the Roxbury", "Chicken Little", "Airplane!" and "Madagascar".

"YMCA" by the Village People

"YMCA" by the Village People

The Village People got their name from New York City's Greenwich Village that is known at the time for having a substantial gay population.

They are a concept group and the original members were:

Lady Gaga is the Madonna of this generation. Born in 1986 as Stefani Joanne Angelina Germanotta, she got her name from Rob Fusari who always addressed her singing "Radio GaGa" by Queen. He typed in Radio Gaga but his auto-correct feature changed it to "Lady Gaga". She told him "that's it, don't ever call me Stefani again".

She loves to shock with her attire. She is an incredible singer as well.

"Just Dance" is a song that's hard to sit still while it's playing. I love the energy in this song.

"Boogie Shoes" by KC and the Sunshine Band

THE BEST OF K.C. & THE SUNSHINE BAND
Buy Now

"Boogie Shoes" by KC and the Sunshine Band

KC and the Sunshine Band were incredibly successful in the late 70s. "Boogie Shoes" is a 1975 release and one of my favorites. It's included in the 1977 "Saturday Night Fever" soundtrack .

Harry Wayne Casey (KC) is the lead singer and they are known for other singles that include: "Please Don't Go", "(Shake, Shake, Shake)Shake Your Booty", "Get Down Tonight", "I'm Your Boogie Man" and "That's the Way (I Like It)".

Kenny Loggins' "Danger Zone" is one of those songs I simply can't listen to in the car. It makes me drive way too fast. The tempo of the song makes me want to put the pedal to the floor. What a great song!

Kenny Loggins is also known for other soundtrack hits such as "I'm Alright" from the movie soundtrack for "Caddyshack", and "Footloose" and "I'm Free" from "Footloose".

"I Will Survive" by Gloria Gaynor

"I Will Survive" by Gloria Gaynor

"I Will Survive", released in 1978, is one of those girl-power anthem's and another karaoke favorite among semi-drunk women. I've been one of them out with a group of female co-workers.

"I Will Survive" received the only Grammy Award ever given for Best Disco Recording in 1980.

"Grease" was released in theaters in 1978. It's filled with a large number of catchy tunes, but this is one of my favorites.

This song popularized the word "hateration" which is found in the Urban Dictionary as:

Hatred. Intense negative emotion and energy directed out at others or inward to self. Destructive and malevolent form of energy causing substantial destruction and suffering. The opposite of Love, Truth and Light. To dislike something, or something. The act or process of hating on someone/something.

"Crash and Burn" by Savage Garden

"Crash and Burn" by Savage Garden

"Crash and Burn" was released in 2000 just a year before they broke up. I love his use of American sign language at the end of the song.

"Believe" is Cher's biggest-selling solo single. The Auto-Tune pitch correction to alter her voice used in the song is now often referred to as the "Cher effect". They weren't initially sure if she'd like it or be upset about it. She actually loved it and when her record label told the producers to take it out, she told them "over my dead body".

The Go-Go's made history as the first all-female band who wrote their own songs and played their own instruments to hit the Billboard charts.

Belinda Carlisle was the lead singer.