Spandau Ballet; Bananarama; Rick Astley and all: My Favorite Five Hit Songs of the Eighties

Recently, I have been going back to my CD collections for songs from the 1980's.

The decade of the 1980's was pretty hard in some parts of North-West England. Riots in Toxteth, Liverpool and Moss Side in Manchester. The long Miner's Strike. Millions being tossed out of work or not even getting work as school leavers, being told to "Get on your bike, like my father did in the 1930's" By Government Minister Norman Tebbitt.

It was tough under Thatcherism at the time. But today looking back much of the frustration of the time disappears as I listen to the music, I enjoyed then.

These are five of my favorite songs of the decade.

The songs are favorites, the fashions you may see can be either frightening if you wore them, or hilarious if you imagine granny or grandad wearing them. The videos too can be pretty attrocious to the extent you may lose conciousness, laughing at what we as an age group once thought cool.

Have fun with this top five. 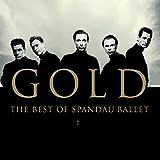 I was pretty much the "Dandy" in the 1980's. I loved nothing better than a nice suit and thin tie. Short, brushed and parted hair and pointed shoes. I was a "New Romantic." The band of the New Romantic movement had to be Spandau Ballet.

Some of their more famous songs "True" and "Gold" are still played daily here, in California, on local radio, But I won't be boring and pick either of those as a favorite.

My favorite is "Work till You're Muscle Bound." It is quite a different song to the slow dance romantic ballad type and was a bit of a shock to the system for those who liked the other style. I loved the heavy rhythm of the song.

As a spoiler alert though, this video for the song is pretty awful and should be watched with a well carpeted area near by, in case one loses the power to walk due to laughter.

China in Your Hand - T'Pau

I fell in love with my first serious girlfriend to this song.

T'Pau was a band from northern England, Carol Decker, the red haired lead singer was from Liverpool. My sweetheart was also a red haired, blue eyed Liverpool beauty.

My heart still misses a beat on some portions of this video.

The band was formed in the early 1980's in the town of Stoke on Trent. Possibly that is why the reference to China, the name for English Porcelain is so striking in the songs lyrics. Stoke on Trent is the collective name for the five pottery towns on the Staffordshire-Cheshire border. From the late eighteenth century Stoke on Trent was the home to many major pottery and China companies such as Wedgewood, Royal Doulton, Spode and Burgess and Leigh (Burleigh).

My first girlfriend and I did not last out the eighties.

Ironically she wanted to move to the US, California in particular. She was a good artist and wanted to work for Industrial Light and Magic, the special effects company owned by George Lucas. I was a home body who wanted to stay in England.

Now I live in California and she still lives in England.

China in your Hand- T'pau 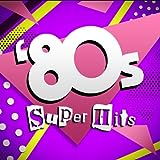 Love in the First Degree - Bananarama

Bananarama, were perhaps the first "Girl Band", they emerged in the early 1980's and produced by Stock, Aitken and Waterman had a long run of hits.

Most of Stock, Aitken and Watermans hits were strong dance music for the club scene. Other artists who entered their stable were Rick Astley and Kylie Minogue.

This song reminds me of Friday or Saturday nights in the clubs and bars of Warrington, north-west England. My friends, Ron and Chris and I would be out most weekends. Our favorite haunt for the early evening would be the pubs along Bridge Street, by 9pm we would move on to "Times Square" behind Warrington Market.

For some reason this song always seemed to be starting as we walked through the door.

Never Gonna Give You up - Rick Astley

OK. Settle down you have not been 'Rickrolled'.

As I mentioned earlier. Most weekends were spent around the clubs and pubs of Warrington. As such I actually knew of Rick Astley, before he became Rick Astley, singing superstar and internet practical joke. Rick was from another small town just to the North of Warrington.

Being 'Rickrolled' meaning to send someone to a link for one subject only to really send them to this video.

Rick was actually a great live singer, a likeable lad, but too shy for the superstar singer game. And really far too nice to be seen as an internet joke.

Rumour has it that the barman in this video was actually drunk when he received a call from his agent to dance on the video, he had supposedly returned home after a long night of clubbing and was climbing into bed as the phone rang telling him to be on set within the hour. If the rumour is true, that guy was a remarkable dancer.

Never Gonna Give You up - Rick Astley 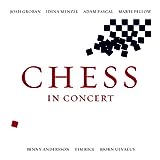 OK. Before everyone tells me Josh Groban was not around in the 1980's. I know that.

But this song was.

And Josh Groban's version is the best version that I have heard. So that is my reason for adding this video.

"Chess" was written by Bjorn Ulvaeus and Benny Anderson, the writers of the music and lyrics for Swedish pop group, ABBA and Tim Rice, lyricist for several hit musicals with Andrew Lloyd Webber.

"Chess" is set amid the Cold War world of international chess tournaments. Anyone remember the epic battles of Anatoly Karpov or Bobby Fischer for the World Chess Championships?

Chess is a wonderful musical filled with some really great music and lyrics, but to me this one song is so wonderfully sung by Josh Groban that it moves me to tears and I believe should be more widely heard.

A must for patriots of all nations.

This is not a definitive list. There are just too many songs from this period. These though bring back particular memories and emotions, even now.