For almost four years, my favorite television show has been Supernatural, the little cult-hit-that-could. Supernatural stars Jensen Ackles and Jared Padalecki (about whom more in a moment) as Dean and Sam Winchester, two ghost-busting brothers on a cross-country road trip in search of their missing father (Jeffrey Dean Morgan, of Grey's Anatomy and Watchmen fame).

There are lots and lots of reasons to love Supernatural. Here are five of mine:

Learn More about the Music 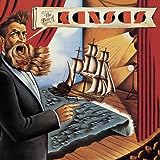 #5 - The Greatest Hits of Mullet Rock

Supernatural creator Eric Kripke is a Zeppelin fan and the show's choice of music was so important to him that in the original draft of the Pilot he wrote: "Cue music. And you can take your anemic alternative pop and shove it up your ass."

As a result, the show has the best soundtrack on network television, full of classic rock and heavy metal, with some great country and blues thrown in for good measure.

The "Pilot" is wall to wall great music, including the Allman Brothers, AC/DC, and The Eagles of Death Metal.

"Salvation" features the first use of the song that has become the show's unofficial theme song: Kansas's "Carry on My Wayward Son."

After "Devil's Trap," no Supernatural fan can listen to CCR's "Bad Moon Rising" without getting chills down their spine.

In "Bloodlust," Metallicar hits the road to the strains of AC/DC's "Back in Black."

"Nightshifter" makes the best damn use of Styx's "Renegade" ever filmed.

And "A Very Supernatural Christmas" breaks hearts with Rosemary Clooney and "Have Yourself a Merry Little Christmas."

Yeah, I'm not going to lie. Jensen Ackles, Jared Padalecki, and Jeffrey Dean Morgan are HOT and so, if you're not really of that persuasion, are many of the female guest stars, who have included well-known hotties such as former model and Battlestar Galactica actress Tricia Helfer, cult favorites such as Amber Benson and Amy Ackers, and up-and-coming stars such as Friday Night Lights's Adrianne Palicki and Life's Sarah Shahi.

Would I watch the show even if they weren't so attractive? Yes.

Do I appreciate very much that they are? Oh, yeah!

Learn More about the Boys

Dean Winchester's beloved mint condition 1967 Chevy Impala, dubbed the "Metallicar" by fans, is practically a third character on the show. She takes care of her boys, and they take care of her. Metallicar is pretty much the closest thing to a home Dean and Sam have ever known.

Metallicar's theme song is AC/DC's "Back in Black" and even non-car people like myself appreciate the show's loving shots of her gleaming black sides and shining wheels.

All drool aside, Supernatural is a show based deeply in the heart of working America. As a lifelong Midwesterner, one of the things that drew me to the show initially was its emphasis on small-town, backroads America. The characters in the show, major and minor, look and talk like people I knew growing up, and could relate to, even as incredible things happened around them. Supernatural is notably short on mysteriously well-dressed and perfectly coiffed groups of friends with supposedly crappy jobs that nevertheless manage to pay for designer lofts in New York.

Supernatural is and always has been a horror show, however, and its real interest is not the friendly small town waitresses and librarians the boys meet on the way, but the dark underbelly of backroads America. The show makes great use of creepy urban legends from Bloody Mary and the Hook Man to the I-4 Dead Zone and the inbred, cannibalistic rednecks in the woods. It also strays into international mythology sometimes. Supernatural has featured legends from the American Indian wendigo to the Hindu rakshasa and Baltic shtriga, among many other vengeful spiris, monsters, and assorted psychic phenomena.

In season four, fans have been especially enthusiastic about the introduction of a new supernatural species to Supernatural's mythos: angels, and pretty damn badass angels at that. None of these namby-pamby, harp-playing cherubs for Supernatural, no. Supernatural's angels are warriors of God, with the body count to show for it.

Castiel (Misha Collins) has been a particular favorite.

#2 - Eric Kripke Explains It All

The "Monster of the Week" plots are lots of fun and make it relatively easy just to jump right in and start watching, but a show like Supernatural rises or falls based on the quality of its mytharc, and Supernatural is lucky to have a good one.

In an era when shows such as Lost and The X-Files often raise more questions than they answer, Kripke and his staff writers believe in throwing their viewers some bones. They have a rare ability to resolve major plot points in satisfying ways, while at the same time raising new questions to keep viewers hooked.

A clip from the season three episode Mystery Spot highlighting the boys' ... brotherliness. Spoilers for the episode.

#1 - The Epic Love Story of Sam and Dean

For many fans, however, the best hook of all remains what Sera Gamble, a staff writer and producer on the show, describes as "the epic love story of Sam and Dean": the show's first-class family drama.

Despite the Winchester brothers' extraordinary lives and circumstances, they remain one of the truest portrayals of a sibling relationship ever portrayed on the small screen. The fantastic chemistry of Ackles and Padalecki, who play the brothers onscreen and are friends off, plays a major role in this, but so does the work of the writers and directors, who really make you feel the decades of in-jokes and memories and petty frustrations that build up between adult siblings.

Supernatural's writers are far from flawless (their handling of exposition, in particular, often makes me want to bang my head against a wall) but they do extraordinarily well with the complexities of long-term codependent family relationships.

And there we have it

After a somewhat shaky and inconsistent third season, thanks to the writer's strike, the writers of Supernatural have regained their groove in season four and the show's ratings are higher than ever. There's never been a better time to get hooked on Supernatural!

Fellow fans, do you agree my reasons? Disagree? Have anything to add?

Why not join HubPages and write a "Five Reasons" article of your own? It's easy, it's fun, and you can earn money for your writing!

Check out my HubPages for Fans article for tips on how to get started.

This hub was written for the HubMob project theme: Write a hub about your favorite entertainer.

Come join in the fun!