Shoegaze may have been ‘invented’ in the UK but it’s spawned a small but devoted following worldwide. Japan in particular has produced a number of great shoegaze bands - some throwbacks to the classic shoegaze sound, some charting new and interesting sonic territory. Here are five of the best:

Sugar Plant: Soft, sweet and covered in honey – that’s how Sugar Plant sound. If you want to be pedantic you could call them dream pop and I won’t hold it against you. Soft electronics and Chinatsu Shoyama’s gorgeous vocals are the mainstay of their sound. Their songs tend to be fairly lengthy but you won’t mind. I’d recommend the album Happy / Trance Mellow as the place to start although the others are good too. If you need a track to convince you I’d suggest ‘Happy’, the title track of aforementioned album or ‘Impure’, which is heartbreaking without being relentlessly downbeat.

Boyfriend’s Dead: Awesome fuzzy rock noise. Boyfriend’s Dead make the theme tunes to the best summer indie romance films that never were. Their songs are anthemic, tuneful and shamelessly nostalgic. Everyone in the band also has an awesomely absurd name, namely (pun intended): holy-m, such, chibinova and bobbie gillespie hairstyle(!). They haven’t released any albums yet but they have just released a split with Japanese power-pop throwbacks, Civic, entitled ‘Anorak Shoegazer’ which is good, wholesome fun.

Dive: Dive would have a great band name were it not for the fact that there are at least two other (lesser) bands with the same name. Their (only?) album, Freeze Frame EP++, is the best place to start. They make dreamy and beautiful music and deserve to be heard by more people.

Oeil: I’ve no idea how you pronounce their name but they make awesome music. Very reminiscent of My Bloody Valentine and with awesome and genuinely interesting chord progressions. If you’re a shoegaze fan it’s difficult not to love their thick, swirling, swooning sound. They have an EP entitled Urban Twilight already out and they have one track on the Quince Records Asian Shoegaze compilation ‘Half Dreaming.’

Clams: I’ve already spoken of my love of one the Clam’s songs P-Nut Butter Irony elsewhere, but their self-titled album is worth getting hold of too. They have a lazy, fuzzed-up sound topped off with beautiful female vocals.

Some of these Japanese bands might be a bit more obscure than more well-known modern shoegazers from America and Europe but they’re every bit as good and definitely worth checking out. Enjoy! 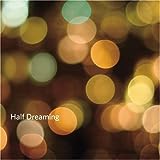