For The Experience Of The Beatles, Queen, Abba And Stevie Nicks ~ Check Out Tribute Bands

Tribute Bands Put On One Heck Of A Show ~ At A Very Reasonable Price!

We've Seen Excellent Tribute Bands In Las Vegas, At A Fraction Of the Price Of The Original Band

Here in Las Vegas, there is an amazing variety of entertainment options. Whether you are visiting Las Vegas, or like us living here, there is something to keep you busy every weekend. It doesn't have to be expensive, either.

Sure, you can go see Cirque Du Soleil shows, or a famous entertainer like Celine Dion or Garth Brooks, but I don't know of anyone that could afford to pay the prices they charge for tickets every weekend. Some of those shows charge up to $250 per ticket. In fact, most of the big name entertainers have ticket prices beginning at $100 or more.

We've found that there is another option that is cheaper and VERY entertaining. If you do some homework before you arrive in Las Vegas and try to find tribute bands who are putting on shows at various venues here, you can have an experience just like going to a big name concert at a fraction of the cost. Many times, tribute bands play at lesser known casino's that are located off the strip in Las Vegas.

The LVH Hotel has been known for featuring a lot of shows by tribute bands. For about six weeks in the summer of 2012, we were able to see a different "famous" tribute band every weekend. At prices of about $15 to $40 a ticket, it was a bargain as well. That spring and summer, were able to see such tribute bands as Abdacadabra, which was a tribute to the Swedish band, Abba. We saw that show in April of 2012.

Another weekend, we were able to see a "Queen" tribute band known as "Queen Nation" that put on an excellent tribute show to the mega-famous band "Queen." Not long after that, we went to see "Fab Four Mania," which was, of course, a tribute to the Beatles. All of these shows were at the LVH Hotel (formerly the Las Vegas Hilton) here in Las Vegas.

Not long after that, we saw an excellent tribute to Stevie Nicks and Fleetwood Mac performed by a tribute band known as "Bella Donna." That show was at a casino on the north side of Las Vegas known as the Cannery. And how does $5 each sound for a ticket? Hmmm... it sounded great to us, too! Where else in Las Vegas can you hear two hours of EXCELLENT music for such a reasonable price? Not many places, especially in a tourist destination like Las Vegas!

Most of these bands are based in California, and they seem to perform pretty often here in Las Vegas. I'm guessing the biggest reason they choose Las Vegas is because of its proximity to Southern California. A band can put on a show and be home again in a few hours, or they can stay for several nights and put on several shows before heading back home. One of the bands, the Fab Four Mania tribute to the Beatles is based right here in Las Vegas.

ADBACADABRA ~ A Tribute To Abba

This amazing "Abba" tribute band is based out of Reno, Nevada. Comprised of four excellent singers and musicians, each with extensive experience in the business, this Abba tribute band is definitely worth seeing if you ever get the chance to see them! Many of the mannerisms and the high energy of the group Abba are reconstructed very well by this group and they put on an extremely high energy, brilliant show covering twenty of the original group Abba's hits.

The cast members (which is what group members are often referred to when they are playing the parts of the original singers) include: Sandra Shelby as Agnetha, Christine Shelby as Frida, Fred Sampson as Bjorn, and Gary Kaffanelli as Benny.

Some of Abba's best known songs covered during the show included S.O.S, Fernando, Take A Chance On Me and Dancing Queen. Each performer is an excellent performer in his/her own right. When these four get together to portray the group "Abba"... it's ***MAGIC***.

The Fab Four Mania ~ Tribute To The Beatles

I have to say I have never seen the REAL Beatles, I'm too young! Ok, not totally, but I was too young when they were experiencing their heyday. I was too young to go to a live concert, lets put it that way! But I did hear and enjoy their music on the radio. I would imagine that the experience we had seeing this group here in Las Vegas was about as close to a "real" Beatles concert as you could possibly get today.

The concert starts out with parts of it being emceed by clips from the old Ed Sullivan show. These clips are used brilliantly throughout the show, and they are almost as entertaining as the performers themselves. I do remember the Ed Sullivan show, even though I was pretty young when it aired. Showing clips of screaming and hysterical young girls brought back memories of that early black and white television footage of the original Beatles!

It was a fantastic show, beginning with the early days and songs like "I Wanna Hold Your Hand" and going through all of the "changes" the Beatles went through in the 1960s, 1970s and beyond. Everything from the crazy costumes during the St. Pepper days to the psychedelic days of Yellow Submarine and Abbey Road.

Complete with costume changes to reflect the period of music the group was performing, this is an exciting and rewarding trip through the heyday of the Beatles. They also show film clips of what was going on back then, including a VERY funny Excedrin commercial as one of the highlights... this show was absolutely worth getting tickets to for any Beatles fan. We saw people of all ages in this audience at the LVH Hotel here in Las Vegas and everyone seemed to enjoy the experience and this fun trip down memory lane.

It was so much FUN to be there for this Queen concert experience (which is what these bands strive to re-create). They do their best to preserve that integrity of the original band, along with re-creating their unique persona. They did so many songs that really got the audience going, with the most memorable songs being "We Are The Champions," "Bohemian Rhapsody," "We Will Rock You," "Under Pressure," "You're My Best Friend," "Fat Bottomed Girls," and "Bicycle" - complete with a bell sound used traditionally as a bicycle horn.

Queen Nation is based in California, and has performed at many festivals, fairs, casinos and at private shows as well. If you close your eyes for a moment while they are singing, you'd almost swear you were at a REAL Queen show at the LA Forum back in 1980.

Bella Donna ~ A Tribute To Stevie Nicks And Fleetwood Mac

Everyone in this tribute band is exceptionally talented, but the standout in the group is Michelle Tyler, the lady who plays the part of Stevie Nicks. I came across a story when I decided to write this that Stevie Nicks herself saw Michelle one night, and said to her that she could "fill in any time" for her! What higher compliment could a performer possibly get from the original performer?

Other outstanding players in the group Bella Donna include Shari Rhone, playing the part of Christine McVee, Bob Weitz on lead guitar, Ken Dayton on Keyboards, Rick Thibodeau on Bass, Steve Gibbs on drums and Bruce Lawrence on guitar. The instrumentation in this band is amazing as they form a cohesive unit to bring the songs of Stevie Nicks and Fleetwood Mac to life.

If you are a fan of an original group, then maybe going to see a tribute band won't quite be the same as seeing that original group - IF the group is still out there performing today. But to have the opportunity to see groups that no longer perform like Abba, or the original Beatles with the original members who were called the "Fab Four," seeing these tribute bands really does give you the feeling of what a concert must have been like back in the groups heyday. Seeing these tribute bands makes the experience priceless. 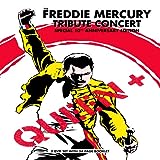 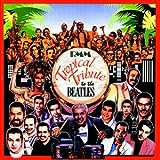 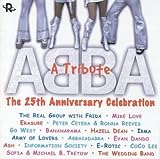 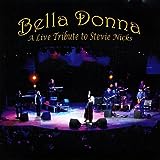