Frank Sinatra, The Life of a Legend

Frank Sinatra started out as one of the original teen overnight singing sensations but with great talent and personality he quickly showed that he was a permanent figure and he uniquely became important in practically every entertainment medium of the twentieth century: as a live singer, a recording artist on radio and  TV and as a movie actor. He developed into the most famous entertainer in the world; he was a true show business phenomenom and is undoubtedly one of the 20th Century's major influences on popular music.

Born to a poor, first generation Italian immigrant family in New Jersey, the young Frank was originally inspired to become a singer when he saw Bing Crosby perform live. Crosby was one of his earliest heroes and strongly influenced his musical style.

Frank formed a group called the Hoboken Four before joining the Harry James band in 1939 as solo vocalist. He toured with James for most of that year and came to the attention of trombonist and band leader, Tommy Dorsey. Dorsey and Sinatra got on well and Frank needed no persuading to leave the Harry James Band to become solo vocalist for Dorsey's nationally known orchestra.

This was a major breakthrough for Sinatra and he took full advantage. During his first year with Dorsey he released many songs and had a chart-topper in July 1940 with "I'll Never Smile Again". As his name became known nationally, there developed a new phenomenom - 'bobby soxers' - hordes of teenage girls who would scream and mob the young crooner wherever he appeared.

The next logical step for the rising star was to go solo and this he duly did in the fall of 1942. He began to give live concerts at different venues on the West coast and he broadcast two radio shows a week. He also got a role in the movie 'Higher and Higher'. With this national exposure his fame increased dramatically and it was around this time that he began to be known as 'The Voice' and had established himself as and American idol and respected solo artist.

A punctured eardrum gave him exemption from military service and he was able to work hard during the war years to further his recording career. Some of his most famous classics such as 'Beguine the Beguine' and 'I've Got A Crush On You' were recorded at this time.

Sinatra's reputation as a singer made it easy for him to break into acting. His first movie roles were, naturally, in musicals, such as 'Anchors Aweigh' in 1945 and 'On the Town' in 1949. It was around this time that he met and very publicly romanced the tempestuous actress, Ava Gardner. His marriage to Nancy Barbato, whom he met as a teenager in Long Island, had been rocked by his previous many infidelities but this was one time too many and too public and she divorced him in 1950.Later in the same year he and Ava got married but it was a marriage of conflicting egos and in this one Ava's triumphed. They separated in 1953 and after leading separate lives they divorced in 1957. Sinatra always said she was the love of his life and after losing her he started to drink heavily and his career started to spiral downwards. And it was not only his marriage that was causing him serious problems.

Through much of his career Sinatra was linked in the Press with high ranking mobsters. It started in 1947 when he was said by a newspaper to be connected with  Mafia boss Charles "Lucky" Luciano who had recently been deported. Sinatra lost his Nevada gambling license in 1963 after a Mafia leader, Sam Giancana, was seen in the Cal-Neva Lodge gambling casino in which Sinatra then held a major interest. Other newspapers ran items describing the high-handed, bullying attitude he and his associates adopted. If this wasn't enough he was branded a Communist sympathiser - a Red - by  the House Un-American Activities Committee. This was serious at he time of 'Reds under the bed' paranoia. Sintra went in person to Washington to plead his case but the damage was done. MGM cancelled his movie contract and he lost his lucrative radio shows.

Sinatra developed physical signs of the strain he was under. His weight dropped, his drinking increased and he developed serious throat infections. However, at this low ebb, he showed his mettle. He determined to fight his way back up the ladder, and he started his comeback in Hollywood.

Sinatra's earlier movie successes had been in musicals and he was not known as a 'serious' actor. He had to lobby hard for the role of the martyred Private Angelo Maggio in 'From Here To Eternity' in 1953, and he made sure that studio boss Harry Cohn knew he wanted the role. His constant letters and phone calls to Cohn worked and Sinatra proved his point with a superlative and sensitive portrayal of the character, for which he won an Academy Award for Best Supporting Actor. He emerged from the movie as a major character star. An instinctive performer, often dubbed 'One Take Charley' for his approach to film acting, Sinatra continued to play in high-profile musicals such as 'Guys and Dolls' and 'High Society' as well as taking more dramatically challenging roles in 'Suddenly' as a would-be assassin, (1954) and The Manchurian Candidate (1962).

Sinatra's recording and singing career were also resurrected on the back of his movie success. As he aged, his voice changed, most would say for the better. It was mellower and the timbre richer. He was able to project himself as the mature sophisticate, expriencing and enjoying life's ups and downs and still at heart a romantic.

One aspect of his work never changed - he always insisted on the top arrangers, orchestras and conductors to complement his work. After Tommy Dorsey, he worked with top talents like Nelson Riddle or Billy May and he made some of his most successful and long-lasting albums with them, works such as 'Songs for Young Lovers' and 'Only the Lonely'. His recording success continued after he founded his own recording company, Reprise Records, and produced such outstanding albums as "Moonlight Sinatra," and "Strangers in the Night". He was able to look back with satisfaction at his work during this most fruitful time of his career. He had climbed back. He was now an international superstar and one of the most famous men in the world.

'New York, New York' from On the Town

During the late 1950's and early 1960's, when his fame had reached its peak, Sinatra's self-destructive tendencies re-surfaced and he began a period of partying, boozing and womanizing self-indulgence at the head of a group of show business pals who became known as the Rat Pack. Well known names such as Sammy Davis Junior, Peter Lawford, Dean Martin and others accepted Sinatra as their party leader. As well as wild drunken sprees in Las Vegas, they sang on stage together and made movies too, such as Ocean's Eleven in 1960 and Sergeants 3 in 1962. Their offscreen antics dominated showbiz news for much of the period 1958 to 1963.

During and after this period Sinatra continued to record impressive singles, many of which have become classics. In the mid-1960's he had hits with 'Strangers in the Night,' 'It Was a Very Good Year' and 'That's Life', and he won five Grammys. Then in 1969 he topped it all with 'My Way', the record with which he is most closely associated and which he called his 'National Anthem'.

His personal life continued to be as interesting as his meteoric career and as complex as some of his songs. He married another two times, first in 1966 to the young actress Mia Farrow. They divorced after 17 months. Then in 1976 to Barbara Marx, former wife of Zepo Marx of Marx Brother fame. This time the marriage lasted for the rest of Sinatra's life. He had at last found emotional stability.

Sinatra retired in 1971 but no-one quite believed it and it proved to be the first of several retirements. He continued to record and make television appearances throughout the 1970's and early 1980's.
As the years caught up with him he slowed down his performing side and also his lifestyle became more sedate. He devoted more time to worthy causes including a new wing at the Atlantic City Medical Center. Even so he was still able to win two more Grammys for 'Duets I & II,'  with recording stars of the past and present. He also received many prestigeous awards, including the United States's highest civilian accolade, the Presidential Medal of Freedom.

With old age came more public interest and accolades. In the 1990's it was once again fashionable to be 'hip' and 'cool' and the Press, radio and television were flooded with articles about Sinatra and The Rat Pack's hard-living culture. The market was flooded with books and films of Sinatra concerts, movies and recordings.

It was his last hurrah and he made his last ,and this time final, retirement, in 1995, aged 80 years. He suffered a heart attack in 1997 and passed away on May 14, 1998 at the Cedars-Sinai Medical Centre in California. The list of mourners at his funeral in Beverly Hills was like a who's who of Hollywood, including Liza Minnelli, Tony Curtis and Gregory Peck. He  was supposedly buried with a bottle of Jack Daniels, a pack of Camels cigarettes, and a Zippo lighter.

Sinatra's big band debut in 1939 marked the beginning of an astonishing period of popular song recording, quality movie performances and radio and television successes which is unlikely ever to be equalled.

There is a danger of letting the highs and lows of Sinatra's personal life overshadow his artistic achievements. His career successes were based ultimately on his talent, and specifically, his voice, as well as his unerring ability to choose the right songs. His voice changed as he got older, it matured and deepened. When we think of Sinatra, we can still hear the voice, rich, caressing, and tender. The voice will be immortal. 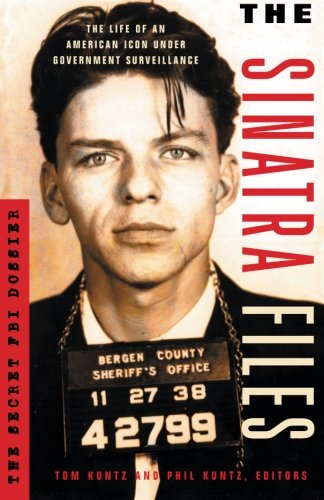 Come in, its lovely!