Audrey Hunt, author of "Anyone Can Sing," explains how we make sounds. Develop a better singing/speaking voice.

He was known as "The Voice", "Ol' Blue Eyes", and "Chairman of the Board". The greatest Pop singer of his era and maybe all time. This is the continuing story of Frank Sinatra, the Singer.

For over forty years Frank Sinatra defined popular music in America. The breadth and depth of his body of work boggle the imagination: Tens of millions of recordings, nine Grammys, and two Academy Awards, some 60 films, worldwide tours, television specials, hundreds of millions of dollars raised for charities. In sheer productivity, few popular artists could touch the hem of his tuxedo jacket.

The Start of a Frank Sinatra's Singing Career

The very popular and successful Bandleader and Trumpet Player, Harry James, hired Sinatra, giving him a one year contract which earned him $75 a week. The young singer released his first commercial record, "From the Bottom of My Heart" in July 1939. The recording sold fewer than 8,000copies which made the record a rare find and record collectors worldwide were interested in adding it to their collections. The record business is unpredictable. The song "All or Nothing at All" started off with weak sales, but a few years later, it sold millions of copies when Columbia Records re-released it at the height of Sinatra's popularity. If not for Harry James, Sinatra may have never realized his dream, to be a singer, performer and recording artist.

A turning point in Sinatra's career came when he signed with bandleader Tommy Dorsey who's band was one of the hottest bands at that time. Singing with Dorsey, increased Sinatra's visibility with the American public. Harry James, graciously let Frank out of his contract with him, realizing that to sign with Dorsey would be a great opportunity for Frank. Sinatra never forgot James' kindness and gave him the credit for his (Sinatras') rise to fame.

In his first year with Dorsey, Sinatra released more than forty songs. In today's market, not one other recording star can equal that number. The hit song, "I'll Never Smile Again", topped the charts, (this is one of my favorites).

Meanwhile, the relationship between Sinatra and Dorsey had definite problems because of the contract between the two. A greedy Dorsey was awarded 1/2 of Sinatra's lifetime earnings in the entertainment industry. That is pretty hard to believe, but it is well documented. Still, it was with Tommy Dorsey's orchestra that the classic Sinatra crooning began and the idol started to take form.

By the early forties, Sinatra had made a name for himself and he bought out his contract with Dorsey to pursue a solo career which he wanted badly. Success followed him and so did swarms of adoring teenage girls just to hear his unique phrasing and emotional performances." As his name became known nationally, there developed a new phenomenon - "bobby soxers" - hordes of teenage girls who would scream and mob the young crooner wherever he appeared. Frank soon became tired of this and wanted his privacy. His hands would ache after tireless autograph sessions with his fans. His tie, hat, and shirts were literally ripped from his body. 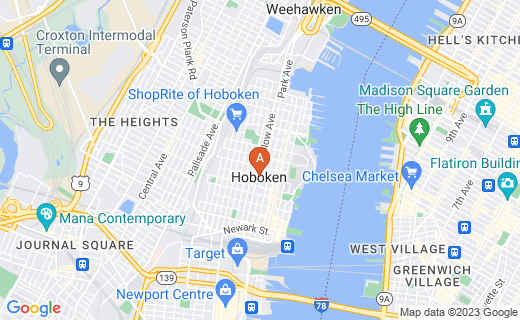 Sinatra's big band debut in 1939 marked the beginning of an astonishing period of popular song recording, quality movie performances, and radio and television successes which is unlikely ever to be equaled. He most definitely was the first "American Idol".

In May 1941, Sinatra was at the top of the male singer polls in the Billboard and Downbeat magazines and on December 31, 1942, Sinatra opened at the Paramount Theater in New York, a huge event.

Many of his songs have become world classics. In the mid-1960s he had major hits with songs like 'Strangers in the Night,' 'It Was a Very Good Year' and 'That's Life'. Frank Sinatra won five Grammys. Then in 1969, he topped it all with 'My Way', the record with which he is most closely associated and which he called his 'National Anthem'. Even today, it is one of the most played of all the Sinatra songs.

His recording success continued after he founded his own recording company, Reprise Records, and produced such outstanding albums as "Moonlight Sinatra," and "Strangers in the Night". He was able to look back with satisfaction at his work during this most fruitful time of his career. He had climbed back. He was now an international superstar and one of the most famous men in the world.

Frank Sinatra's Oscar Winning Performance in "From Here to Eternity"

It was bound to happen. In 1946, Frank Sinatra, the singer, became an outstanding actor and signed a five-year film contract with M-G-M. His primary focus was now on acting and away from music. Just as he was, on stage, Sinatra's charisma came through on film and he went on to star in a variety of movies that often featured his songs. The most successful of the early films was Anchors Aweigh with Gene Kelly in 1945 and On the Town in 1949.

Sinatra went on to give a riveting performance as a heroin addict in the 1955 Otto Preminger film, " The Man With the Golden Arm." He received critical acclaim for his role in the 1962 Cold War psychodrama, " The Manchurian Candidate." Along with the dramatic roles, Sinatra maintained his involvement in more lighthearted, entertaining musical feature films like Guys and Dolls (1955), High Society (1956), and Pal Joey (1957).

How many Frank Sinatra CD's Do You Have?

Whether a collector of timeless classics or a fan of the great Sinatra, you'll want to include these albums in your library of music:

This list is not a complete history of Frank Sinatra's recordings. There are many more including "All the Way" and "The Main Event".

Sinatra's idol was Bing Crosby. Crosby was his biggest influence and major inspiration as a singer.

Popular band leader and trumpet player, Harry James (once married to film star Betty Grable,) gave Sinatra his big break when he hired Frank to sing with his band.

When Hollywood came calling to cast him in motion pictures, he responded.

Sinatra's life was not all glamour and success. As we explore Part 3, the more personal life of Frank Sinatra - The Man and His Music will reveal how he indeed "Did it His way."