Gaba Gavi, a singer/songwriter hailing from Louisville, Kentucky, can still be considered a true New Orleanian in many ways. He comes to the city frequently, and just finished recording songs for his upcoming album Temporary Hero at NOLA'S Fudge Recording Studio with Tom Drummond of Better Than Ezra fame.

Temporary Hero is filled with songs of love and relationships, some good and as we all know, some filled with heartbreak. Gavi's voice is honest and pure telling the story in his lyrics with the emotion of someone who lives it. Yet the story is universal. Gavi says that "Temporary Hero", while thematically may have been personal, was really something that anyone could relate to by sticking themselves into the song.

In the end, Gaba's songs show us that when it comes to love, at one time or another, we are all temporary heroes. 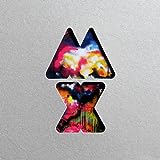