Ghostbusters- A review to celebrate it's 30th Anniversary

Don't talk in her library!

A great classic comedy turns 30! Do you remember the first time that you saw this?

This year, many will think of this movie and remember the theme song that became a number 1 smash hit. Some will remember the crazy and unforgettable one liners. And others will remember how this over the top cast interacted with the paranormal and each other.

Here is the original at a great price!

Who can you call? Don't miss all of the celebrity cameos!

Here is the plot.

A smart mouthed and unethical scientist (Bill Murray) recruits two of his colleagues to start a business. Being that they are experts in the paranormal, the business is named Ghost Busters!

One crazy event after another leads to an end of the world scenario, and the Ghost Busters will be tested like never before. They add some size and brawn, when the hire Winston, (Ernie Hudson) and gear up for an epic battle. An evil, prehistoric demigod named Zeul, a more evil ruler named Gozer and of course the Stay Puft Marshmallow Man team up to wipe out the Ghost Busters and take over our world! But don't worry, Dr. Venkman has a plan. Alright, worry! But then, sit down, relax and enjoy one of the funniest roller coaster adventures to ever come from the Saturday Night Live cast. This was an awesome movie filled with action, scary, edge of your seat moments, and great comedic performances! I hope you watch it again this month, and relive the zany memories! Better yet, try to see it with someone who never has!

Dress up this year to honor the anniversary! Why not?

Some of the better one liners!

Bill Murray as he usually does, had a lot over the top and unsurvivable quotes while trying to save New York from an awful fate. Some of the other quotes were good too. Do you remember these?

There are many others. What were your favorites?

The poster from the original! 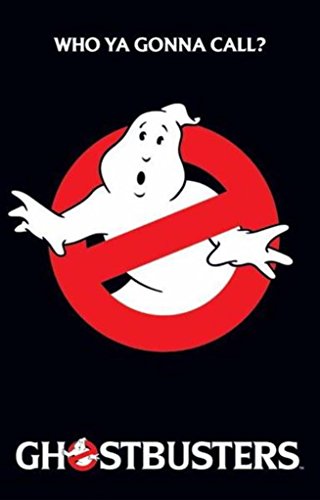 The cast of characters.

The chemistry is this movie was outstanding. This was a great example of how to create a cast for a unique movie, and I have not seen many that did it better.

Bill Murray leads the great team with Sigourney Weaver, Dan Akroyd, the late and great Harold Ramis, Rick Moranis, Ernie Hudson, and Annie Potts, as the disrespectful secretary. Of course, William Atherton plays a stiff, unlikable, jerk, as he always does! He was worse in this than he was in Die Hard!

The reactions to Bill Murray's bizarre actions and statements were perfect. That was obviously one of the many things that makes this one of the best to survive the 80's!

Goofs and other antic dotes.

Goofs are mistakes during the making of a movie that make the final cut. I think they add intrigue and humor to any movie.

When they first tried to zap Slimer, the wall paper behind him got burned just before they discharged their weapons.

-As revealed in an interview with Mix Magazine Online the hit song 'Ghostbusters' was created 4:30 in the morning when after almost 2 long days of trying to create a song Ray Parker Jr. saw a commercial for a drain company that reminded him of a scene from the film. That commercial helped him coin the popular line "Who you gonna call?"

-Very few of the scenes were actually filmed as scripted! Billy Murray "ad libbed" through the whole movie.

- On, the scene, Dan Akroyk referred to Slimer as John Belushi's Ghost!

Vote for your favorite!

Who was your favorite cast member?

Vote for your favorite ghost!

Who was the best ghost/creeper from the movie