Gotan Project hubpage with a video and reviews of their discography.

Gotan Project is a trio of musicians formed by French producer and compositor Philippe Cohen Solal, Argentine guitarist and bandoneonist Eduardo Makarof, and Swiss producer Christoph H. Müller. They have been pioneer in what has been known all over the world as “electronica tango” or “electro tango,” an interesting experiment that put back Tango in the contemporary musical scene. The music of Gotan project is an electronic reinterpretation of traditional tango, with strokes of electronic jazz. This fusion between tango and electronic music reached an amazing resonance and produced an artistic and commercial phenomenon that won over even Argentine tango traditionalists. Definitely, Gotan Project has been one of the more appealing musical proposals in the last few years.

So far, Gotan Project has launched three CD albums and a DVD with a live performance. All of them through “¡Ya basta! Records.” The label created by Philippe Cohen Solal:

La Revancha del Tango (2001): The first CD album of Gotan Project. Even though, it has a theme perfect for the dance clubs: Triptico, the music of the album is more for listening than for dancing, with a downtempo style very close to chill out in many of the tracks. In most of them predominates traditional tango over electronic music, a brilliant fusion between the melancholic sounds of the bandoneon with an impeccable electronic background. This CD started the boom of electronica tango and sold almost a million copies worldwide, a true classic.

Inspiración Expiración (2004): A DJ set by Philippe Cohen Solal of one hour of duration. The idea of the album is to follow the different periods of tango through history, something that Cohen Solal accomplishes with surprising success. He confronts tangos of the forties, with those of Piazzola of the seventies, with electrónica tango by the group itself obtaining an interesting and rounded result. In spite that the CD has only two new themes of Gotan Project: Confianzas and La Cruz del Sur, it will not disappoint Gotan Project fans. 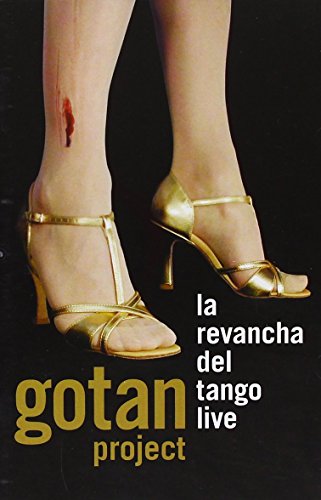 La Revancha del Tango live (2006): the DVD of a live performance of the group

Lunatico (2007): The last album by Gotan Project, perhaps a step below the first one (something understandable considering the quality of La Revancha del Tango) It is, however, a great album. The best: the themes that the trio has remained experimental. Mi Confesión and Paris, Texas are excellent. The first one is a fusion between rap and tango and the second one an interesting reinterpretation of the principal theme of the movie Paris, Texas where bandoneon takes the place of the guitar. The style of this album is more ambient than the first one, perfect for background music, but good for listening too.

Join HubPages, where you can write about a topic you love — for free! Includes potential to earn royalties and commissions. Click here to join!