The most depressing albums ever recorded(Part 1)

Songs about love, happiness, sunshine etc... are all good and well but there are times in one’s life when the sugary 3 minute pop just doesn’t cut it and we long for something....well a little less happy and more miserable. Does the world really need another song which lyrical content can be boiled down to the simple words “I love you baby” , “I’ll be there for you” , “you make me feel so good” or some other minor variation on these basic themes?

Throughout history some of the greatest art has been inspired by tragedy, hardship, sorrow and loss. This is also very true of popular music. Whether it’s a 10 minute rock epic about the end of the world, a lonesome country ballad or worried man blues, there is something about depressing music that can make the listener feel better about themselves. Maybe it’s therapeutic to wallow in self pity or maybe it’s the realisation that there are people out there who have it worse....I don’t know exactly. What I do know is that some of the best music ever written has been inspired by tradgedy and hardship. This hub pays tribute to some of the most depressing, downbeat, dancefloor clearing albums ever written and recorded.

"I guess I just wasn't made for these times"

At some point in the 60s the Beach boys stopped writing about sun, surf, girls and cars and started writing music that sounded much more meaningful and personal. The result was Pet Sounds. On the face of it Pet Sounds doesn’t sound like a depressing album, the songs themselves are for the most part upbeat, however beneath the sunny harmonies is some dark themes and lyrics.

“Wouldn’t it be nice” sounds like a happy little song and has been the soundtrack for hundreds of insurance advertisements since it was written, but underneath the optimistic exterior the song shows an emotionally fragile Brian Wilson dreaming of a better more idealistic world, knowing that in reality this world does not exist.

“If you should ever leave me,

life will still go on believe me,

the world could show nothing to me,

so what good would living do me,

God only knows what I’d be without you"

“I just wasn’t made for these times” gives a glimpse into Wilsons troubled mind, “Here today” is about fleeting love, which is gone tomorrow and “Caroline No” is a paean to lost love.

One critic described Pet Sounds as “sad songs about happiness”, which is a great description for this brilliant album and sums up why Pet Sounds makes the list of great Depressing albums.

"I’m spiralling down, to the hole in the ground, where I hide"

By the time Pink Floyd got around to recording the Final Cut the band was falling apart and it turned out to be the last album the band made with both Roger Waters and David Gilmour in the band. The Final cut was essentially a Roger Waters solo album. It is a collection of relentlessly dark songs about the evils of war which was inspired by Waters disgust against the British Governments involvement in the Falkland Islands conflict. The album starts with "the post war dream", a 4 minute rant against Margaret Thatcher and ends with "two suns in the sunset", a song about nuclear holocaust. The songs that come between are no less depressing.

The Final Cut captures Roger Waters at his most angry, it is a very intense album which sounds quite unlike anything else Pink Floyd released over their 30 year career. The Final Cut earns its place among the most depressing albums of all time.

Neil Young – On the Beach

“I never knew a man could tell so many lies, and had a different story for every set of eyes”

In 1972 Neil Young hit the big time with his most commercially successful album Harvest which featured Young’s biggest hit of his career “Heart of Gold”. Young was uncomfortable with the success that came with Harvest and was struggling with troubles in his personal life. In the same year that Harvest was released Young’s friend and band mate Danny Whitten died of a drug overdose. Young was devastated and took to the road touring with various line band ups, the result was the album “Time fades away” a ramshackle collection of songs about life and loss. “Time fades away” was a commercial failure and the first in a trilogy of albums Young was to release over subsequent years which became known as the “Ditch trilogy”. The name is derived from a statement Young made following the success he had with “Harvest” and “Heart of Gold”

“'Heart of Gold' put me in the middle of the road. Travelling there soon became a bore so I headed for the ditch."

Young followed up “Time Fades away” with two more albums in quick succession. “On the Beach” and “Tonight’s the Night” were stark, gloomy albums which capture Young’s depressed state of mind as well as the disgust he was feeling at the time about the deteriation of America. “On the Beach” was such a gloomy affair that Rolling Stone described it as “One of the most despairing albums of the decade". The album sold poorly and became hard to track down as it was such a rarity. It was only in 2003 that the album was re-released on CD. Since its release in 1974 “On the Beach” is now widely hailed by critics as being one of the greatest albums Young has released. The songs on the album are filled with anger, disgust and sadness. Young sings about Charles Manson on “Revolution blues” and sings about starting over again on “Motion Pictures”. Perhaps the most poignant song on the album is the epic 8 minute “Ambulance Blues” where Young laments the passing of the 60s hippie dream and takes aim at his critics, telling them they are “all just pissing in the wind”.

“On the Beach” is certainly a depressing album, but it captures Young at his most angry, vulnerable and creative best.

“Well hell doesn't want you, and heaven is full, bring me some water, put it in this skull”

Tom Waits describes his music as falling into one of two camps. “Grim Reapers or Grand Weepers”. Bone Machine sits squarely inside the “Grim Reaper” camp. It’s a brutal album about death and destruction, made even starker by minimalist instrumentation and Waits gravel bark. The album opens with “Earth died Screaming” which describes a post apocalyptic wasteland where crows are as big as aeroplanes and army ants leave “nothing but bones”. It’s a truly terrifying song. Things don’t get any lighter in the next song “Dirt in the ground” which as the name suggests sings about Death. The album is full of these dark themes; “The Ocean doesn’t want me” is a creepy spoken word track about walking into the ocean to drown.

“A litte rain” is a beautiful piano ballad which mask some pretty strange and creepy lyrics.

Bone Machine can be an exhausting listen, it is probably not the best album to start with for the casual Waits fan, however it is one of his best and is a worthy entry into the great depressing albums list.

“Famine is a tall tower, a building left in the night, Jesse are you listening?”

As dark and depressing as “Bone Machine ” was it has nothing on this next entry - “The Drift” by Scott Walker. I regret the day I ever bought this album; it scares the life out of me. It sits in my CD collection taunting me to play it. I try to resist playing it but occasionally curiosity gets the better off me and I find myself reaching for this dreaded CD.

I should add that I am forced to listen to this album alone. If my wife were to catch me playing this album it would amount to a marriage ending incident, she wouldn't know what to make of it and assume that I had gone crazy. Friends and family are no use either... put this album on for Friends and family and they won’t come to visit you any more. As difficult as it is, the only way to listen to “The Drift” is alone.

So what is it about “The Drift ” that is so terrifying you ask? To answer that question we need to go all the way back to 1966 when Scott Walker was one half of the duo “The Walker Brothers”. The Walker Brothers were perhaps most famous for their hit singles “The Sun aint gonna shine anymore” and “Make it easy on yourself”. Scott Walker had a golden voice and the girls loved him. Superstardom beckoned but for whatever reason the Brothers only achieved sporadic success and by 1968, the pressures of stardom, creative tensions, and Scott Walkers depression forced the band to split up. Scott Walker then went on to release a number of solo albums under his own name in the early 70s. Walker became disenchanted with the music business and his music became more and more experimental and dark.

It is difficult to put into words just how much Scott Walker’s music changed from those early Walker Brothers records to his later works, so I will present you with a before and after video. The after comes from a 1995 album called “Tilt”.

Fast forward 10 years to 2006 and Walker releases “The Drift”, the darkest and most uncompromising work of Walkers career. The album is one 80 minute nightmare, each song more nightmarish than the last. The song “Jesse” is an imagined conversation between Elvis Presley and his stillborn brother Jesse involving the Twin Towers, the song ends with Walker warbling “I’m the only one left alive!” it is deeply unsettling to listen to. “Clara” is no less disturbing, a song about Mussolini and his wife being strung up and executed. The music on the drift is every bit as chilling as the lyrics, the songs themselves (if that's what they can be called) reject any kind of conventional song structure. The album features strange noises everywhere like hammers hitting boxes, a fist punching a slab of meat, a wailing donkey ...everything about “the Drift” is disturbing and it is without doubt one of the most unnerving, depressing things I've ever heard in my life.

That concludes part 1 of the most depressing albums list, see part 2 here. 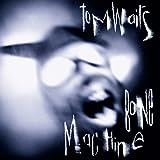