Greatest Singers of All Time - an Alternative List (Volume 1)

How many lists are there about singers? Too many, I know, but most of them always end up with the usual names. There's obviously nothing wrong about it, as all those people are hugely influential, but as I read those lists I'm always left with a bit of a bitter taste, as some names are always, inevitably left out. Now, why don't we try to make an alternative list? The choices here are obviously based on personal taste, but bearing in mind their importance in a bigger picture. So, without further ado, in no particular order, let's see who's there.

Famous for his Crazy World Of Arthur Brown in the late 60s, his single Fire, his theatrical approach and a huge influence in the use of corpse painting, he is often sadly forgotten. That is despite his incredibly soulful voice, with some obvious classical training behind it and the ability to scream that inspired the likes of Ian Gillan. He is still doing concerts and albums today, at 78 years of age.

Being famous for his parodies of famous songs, there is actually much more to him than the general public may imagine. Both his songwriting and his voice are often overlooked, and this is criminal. He may not have a powerful and distinctive voice, but his versatility and technique must be acknowledged. And we musn't forget about his style parodies, like this one of the Smile-era Beach Boys!

Everyone knows who Styx are (I hope), and what was great about them, apart from the wonderful songs, was certainly the great variety and balance of voices in the band. Along with the more common "american rock" kind of voice of Tommy Shaw, it's impossible to forget the crystal clear delivery of Dennis DeYoung. Obviously inspired by musical theatre and with a perfect technique, it may seem a strange fit in a rock band, but I struggle to find anything not to love about him. 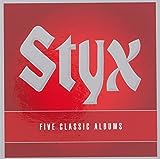 5 Classic Albums
A great way to get into Styx, with five of their most famous and celebrated albums (The Grand Illusion, Pieces Of Eight, Cornerstone, Paradise Theatre and Kilroy Was Here) in a nice little boxset.
Buy Now

One of the most intense and theatrical voices of all time. He has very personal and unique style, not always melodious, or even "musical", but always very intense, ranging from almost classical tracks to the most angry punk you'll ever hear. Between his work with Van Der Graaf Generator and as a solo artist, his discography is very vast and varied, and he is still active today.

A bit of a controversial choice, being Jeff Mangum certainly not the first name that comes to mind when someone talks about great singers. But what he did in what is considered his masterwork, Neutral Milk Hotel's In The Aeroplane Over The Sea, is worthy of consideration. His very powerful voice, his long notes and resonating timbre, along with his unique and intense delivery of his wonderful lyrics, is undoubtly quite something to behold. 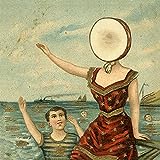 In the Aeroplane over the Sea
One of the most fascinating albums ever released. Everyone should hear it at least once, and then dive deep into the lyrics and get lost in them.
Buy Now

Despite having sold tens of millions of copies of his and Jim Steinman's Bat Out Of Hell, Meat Loaf is rarely recognised as one of the greatest singer ever on these kind of lists. Yes, he may have lost most of his voice in recent years, but what he did in the aforementioned album, in some of the sadly forgotten subsequent albums of the 80s and, of course, in Bat Out Of Hell II, cannot be overlooked. His almost operatic voice takes so much from musical theatre to the point of exaggeration, ranging from a heartfelt soft voice with an over the top vibrato, to some increbily powerful high notes, he is probably a perfect example, while not the only one on this list, of a kind of voice that we won't hear anymore.

Perhaps one of the most unique voices on this list, Robert Wyatt is certainly a one of a kind artist. Starting out as a drummer and slowly developing a peculiar way of singing that takes so much from jazz, it's when he lost his ability to walk due to an incident that he probably reached his highest point as a singer. His frail and both terribly human and inhuman voice shines all through his masterwork Rock Bottom (while not just on there, obviously), which is an essential listen for everyone.

If I had the chance to save only one name on this list, that would be Harry Nilsson. Without a doubt one of the most beautiful, versatile, warm, perfect voices that ever existed. Everything he did up until the infamous Pussycats in 1974 is not only a pleasure to listen to, but also a learning manual for every singer. From the baroque pop of his earliest albums to the indescribable Nilsson Sings Newmann, up until the first cover album based on standards done by a "popstar": A Little Touch Of Shmilsson In The Night. He was respected by all his contamporaries, as well as a huge influence on many of them, and his exclusion from a list with the best singers of all time is nothing short of criminal. 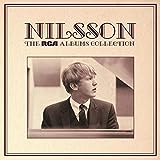 The RCA Albums Collection
17 Cds, most of them an essential listen, all for a reasonable price. What more can one ask?
Buy Now

Quite a big leap both in style and in time from the previous one, we come to probably the only singer on this list that can be considered "contemporary". Justin Hawkins, singer of The Darkness, is probably not the most famous name on here, but his voice surely is one of the most recognizable. Probably most famous for his falsetto, perfectly fitting for the hard rock sound of the band he's in, he is actually a very good singer, very versatile and costantly getting better and better. In my opinion, he is the best rock singer out there today.

Famous for being the lead singer of The Zombies, and also for his heartfelt delivery on Old And Wise by The Alan Parsons Project, he always sticks out when you compare him to any other singer of that era. While many people tried to sound like The Beatles, Blunstone had this "breathy" voice, very warm, that made him istantly recognizable.

Odessey and Oracle: 40th Anniversary Edition
One of the most beautiful albums of the late 60s. A little pop jewel.
Buy Now

Yep, Julie Andrews is on his list. Why you ask? Well, for one, she had undoubtly one of the most pure and beautiful voices ever, and she also was (and probably still is) a huge inspiration to many singers who are not trying to be either Aretha Franklin or Amy Winehouse. There is still a lot to learn from singers like her, despite her style being sadly almost totally out of date today.

Best known for his time in The Move and Wizzard, he actually released quite a few very good albums up until the end of the 70s. His voice is instantly recognizable, being very sharp (not in intonation) and powerful. He also is a very good multi-instrumentalist, which doesn't count on this list, but it's worth mentioning.

Half of Sparks with his brother Ron, Russel Mael's voice is very hard to describe. He certainly took something both from musical theatre, especially operetta, but he also has a kind of a baroque tint in his way of jumping from one note to another. He surely has always been very original, as are Sparks, even nowadays.

The unforgettable voice of Procol Harum. Who hasn't heard A Whiter Shade Of Pale or A Salty Dog at least once? His soulful r&b voice gave colour to many beautiful songs, even Alan Parsons Project's Limelight, and he still goes strong these days!

Another very unique voice, perfect in Supertramp as a counterpart to the more deep voice of Rick Davies, but also perfectly capable of standing on his own, as his solo albums testify. His bright and high pitched tone is istantly recognizable in many of the hits by his band, and he hasn't lost much with age, as he is still around doing concerts.