STAFF From HP Passed On This Video

Just Warm it up And Get On The Mood!

Since the staff from HP didn't want to appear on this video, our 170 college friends from Quebec University stepped forward. They even suggested a Halloween party... after done, but let's get this thing going... or the reason to be here.

From the beginning, the song catches up with your heart beat. Funny intro right? Can you imagine Simone and the rest dancing all over the Headquarters in San Francisco? I don't know about Paul. Maybe a 'Travolta' move. And Jay and Jason doing the side kicking move!As I said, you don't notice from the beginning that Dave Guetta grabs your own heart beat,,,,and from then on he adds the well know intro. Then the black eyes peas catches with you before you even stop the music or move to another hub. "I gotta feeling!!"

Then you are done. Your worries can wait, your bills don't need to be paid soon. There you go, that was a nice smile. What a feeling! The song continues with the youthful crowd following the camera, full of energy. Even grandma could've made the " rock me baby" move going down the steps in the video.

The second appeal from the song and you don't even notice it, is the male-female vocal combination that invites us to the deepest spontaneous friendship interconnection. "Let's do it.. and do it....! Here go, here we come..!"

After that, hell breaks lose. Memories of a girlfriend on past Halloween will arise. Depending of your age, you just scream and holler trying to release that adrenaline that was there inside before you read us.

When we were kids, we wanted to be surprised and surprised again. This song does that effect immediately, once you see friends dancing, you won't believe it but your legs will want to move next to them...just watch again the video. Imagine Simone shaking hips with Paul or the other Deeds. And Maddie being careful that no one violates the 'use of terms' of this 'alive and kicking' hub!

They know better, they used to work for Mongo Music... and yeah! baby!! Music always will be there to keep us going. 70 % of us were born after a well danced song. Just ask your mom using "psychology". Just a tip, you can ask like this;

Mom/dad, there is a study on the Internet that couples "feel better' after a song...do you understand my question? Both will look at each other and will smile. The answer was "Yes!"

Don't ask, don't tell..Lord was right. Back to our song;

The wording keeps the enthralling tune. The song keeps hitting us and reminding us that after Monday, we can do it again on Tuesday, all the way up to Sunday. Poor grandma gee! 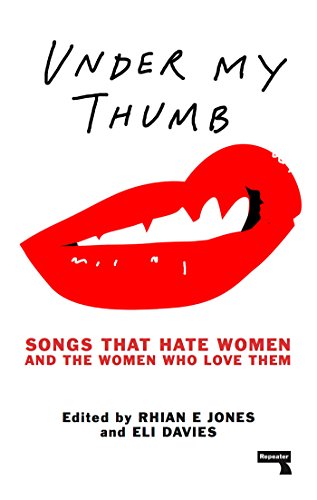 Under My Thumb: Songs That Hate Women and the Women Who Love Them
Buy Now