Professor at the Academy

Poelzig, Hans began his teaching in 1900 - 1916 where he taught at the Breslau Art Academy and Technical Academy in Berlin, during the time period in 1901, Hans Poelzig worked on the Church Spire, Wroclaw. It’s now a historical capital of Silesia. He created a family house with garden pavilion for the arts and crafts exhibition in 1904. Four years later in 1908, he built the dwelling house, corner of Menzelstrasse and Wolfstrasse in Breslau and another dwelling house, Hohenzollernstrasse Breslau. His magnificent architectural work continued in 1911, with the opportunity to infrastructure the Grain Silo and Roofed Market place in Lubon and exhibitation Hall and 51.2 tall upper Silesia Tower in Poznan for an industrial fair.

Furthermore, Poelzig, Hans built a department store in Jukersstrasse, Wroclaw in 1912, of this present time it's now an Ul. Ofiar Oswiecimskich. About a year later, he created an exhibition hall, wine restaurant, pergola for exhibition in Breslau; it is now part of UNESCO World Heritage Site ("Centennial Hall").

Hans Poelzig Reorganization of city Architect of Dresden, 1916 becoming a member of the Deutscher, Werkbund.

In 1919, Grosses Schauspiehaus, Berlin, Hans Poelzig redesigned for Max Reinhardt who was an Austrian born American, a stage and film actor and director. This was a great playhouse, theatre that was the former Zirkus Schumann in Berlin. The stage is connected through an adjustable forestage with an arena surrounded by a horseshoe of seating. It combines a normal stage with a revolving stage and a cyclorama. The structure was originally a market build by architect Friedrich Hitzig and it reserved its external, fabled form.

In 1920 Poelzig, Hans worked on the Festival Theatre for Salzburgnt festival of music and drama, highlight is the annual performance of Everyman (Jedermann) dramatization by Hugo Von Hofmannsthal. Hans was also a designer for UFA film production of the Golem “How he came into the world” and he completed Studio called Peoizig. The following year Hans introduced project Friedrichstrasse Station Skyscraper was the first major open in Berlin, it was designed for triangular site that stretched between the Spree and the Friedrichstrasse station, in allusion to the construction in the form of cells, surrender under the title Mies' Panel.

His inventive ideas has structured the Office Building, Hanover in Breslau in 1924 and a Deli Cinema, Wraclaw in 1927, his accomplishments exhibit international style project Weissenhof Estate in Stuttgart and the German forum for sport, Berlin.

Then, in 1931 the building of I.G Farben in Frankfurt monumental was designed to be conventional. The building was also known as the Poelzig Ensemble or Poelzig Complex and the General Creighton W. Abrams Building. The building design was the subject of a competition which was won by the Hans Poelzig.

Hans Poelzig architectural structure in 1933 was the director of the Vereinigate Staatsschulen fur freie and Angewandte Kunst, a United States School for Fine and Applied Art.

Luban Chemical Factory in 1935, located near Posen and Office Building of Bruslau. It is known as the Expressionist architecture. The style was characterized by a novel material, unusual massing, and natural biomorphic forms. 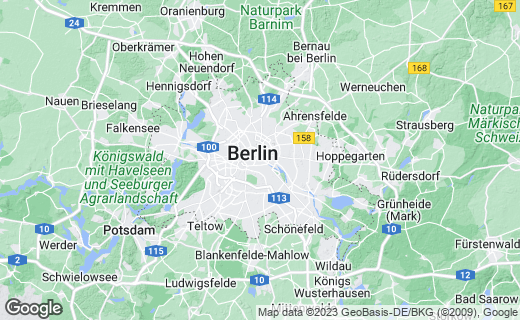