How To Be A Background Movie Extra. 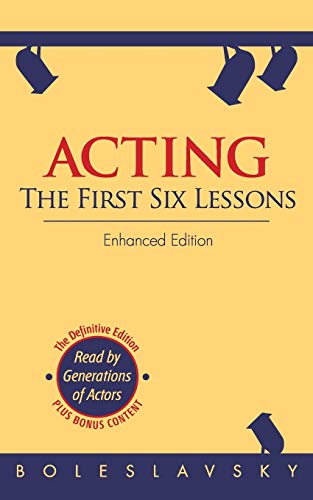 Have you ever wondered how to be a movie extra?

Have you ever wondered how people become extras in the motion picture industry? Well here is how I was able to become a background movie extra. When I was at work one day I was interviewing this gentleman and he suggested that I might be able to get work as a movie extra. He mentioned it because I had a full white beard and he said casting agencies are always looking for character actors to be extras on movies. I really didn't give it much thought, after all only the young and beautiful people make it into the movies. Then one day purely out of curiosity I visited the casting web site he had suggested. I followed the directions on the web site and filled in all the questions they asked. The casting web site, Boston Casting .com has options that you you can pay for If you are really serious about being an actor. But I chose to just add the basic information which is totally free! They asked things like what kind of car did I own, color, year etc. along with questions about my appearance. They also asked if I had any other talents. They give you a list and you just pick the talents that you have or you can add ones not on the list. The web site also needs you to add 2 pictures, if you choose to pay you can add more. The pictures I added were not professionally done and it was easy to down load them. Since I am a part time Santa I added a picture of me dressed as Santa and one in street clothes.

After several months of checking my messages on the web site, I received a message for a casting call for the movie "The Town" with Ben Affleck. I went to the open call and there were a lot of people that wanted to be extras. I did not hear anything for a long time until one day right in the middle of a birthday party for my kids I received a call asking if I still owned a Gold 2000 Jeep Grand Cherokee, I said yes. They said how would you like to work on the movie The Town? I was very excited and without even asking how much do I get paid I leaped at the chance. I showed up on the day that they told me to and basically sat around for about two and a half hours. Then they said "time for lunch break!" The food was great! we had chicken, fish, pasta, rice veggies, and a huge dessert and coffee buffet. after that sat around for another hour and then we were sent to out to our cars and told where to drive. For the next several hours I backed up and pulled forward and drove around as directed. Some of the time I just stood around talking to the other drivers.

After the job was over I stood in line to make sure my paperwork was in order. I was so excited! My car and I were going to be in a movie! I was paid one hundred dollars for me and thirty five dollars for my car. Almost a year later the movie came out. I rushed out to see myself on the big screen! I was not in the movie for even a second, nor was my car. Though I was disapointed, I came to find out that is the way it goes a lot of the time.

Disappointed but not discouraged!

After my experience with "The Town" I didn't hear about many casting calls. I decided to add myself to other casting agency web sites around Boston. I gave my information to South Shore Casting and Sandi Allessi Casting which is out of L.A. but they do casting for movies shot in New England also. You can find them on Google or Facebook. Since then I have worked as an extra on four more movies. I worked on "That's My Boy" with Adam Sandler, Vanilla Ice, and Andy Samberg. I have a good chance of making it to the big screen for a minute in that one coming out June 15th. I also worked on the Mark Whalberg, Mila Kunis movie "Ted", which comes out this summer. I doubt you will be able to see me in that one. "Here Comes The Boom" with Kevin James and Henry Winkler, I probably won't be seen in it either. And "In Your Eyes" that was made by Joss Whedon. I forget who the main actors were for that one. My back was to the camera for that one so, you guessed it. I probably won't be in that one.

The pay is low, usually between sixty four dollars for an eight hour day and one hundred or more for a 10 to 12 hour day. I am a non-union extra, SAG and AFTRA actors and extras get paid a better rate. But you have a chance to get up close to some of the stars although you are not allowed to talk to them or take pictures. You cannot talk about the movie plots or any thing other than you worked on the movies. After you are signed up for a particular film you are then under contract to not reveal anything about the films until they are released. I don't say much about the movies other than who I got to see and about the food which has never been as good as it was for "The Town" but still good.

So I still get e-mails about casting calls, some I go to, some I don't. Usually because they are looking for particular age groups or looks. I must say don't plan on getting rich but it is fun to see how movies are made and all the work that goes in to just a few minutes of filming is incredible. So if they are filming something in your area, and you want to see some stars and get a chance to be in a movie I suggest finding a casting agency in your area. It is fun and they always need people of all ages. Check out the links and Movie trailers below. Good luck to all you future movie stars, I'll be seeing you in the movies!

Here is a photo from That's My Boy"