A review of very sensitive film

Forrest is a lovable character who brings both joy and tears to your heart. He is everything a true gentleman should be, and this film will warm the cockles of your heart. I loved it from day one and it`s still one of my personal favorites. Tom hanks portrayal of Forrest is candid and heart warming. He draws you into the character with immediate empathy. He is slow witted, but somehow manages to understand more about human nature than most with his untainted insights.

His mother taught him many lessons in life. He takes her quotes, with pride and applies them throughout his colourful journey. Their relationship is beautifully portrayed by Sally Fields and Tom Hanks and her untimely death during the film is heart wrenching.. 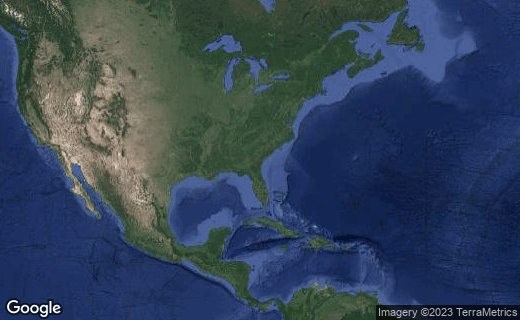 Why I love Forrest Gump..

This movie was first released in America in 1994, It begins with Forrest chatting to some people at a bust stop in Savannah, about his life. As a child he wore leg braces, and found his lifelong friend, and only real love, Jenny. This movie was profound and thought provoking on every level. It touched my heart in such a way that I would rate it amongst my favorites. Forrest, as you soon discover, does not work so much on logic, as he does instinct, and in a way it`s a lesson to us all as his life, is uncomplicated by over thinking. His naivety was truly heart warming. His sense of loyalty as portrayed when in Vietnam. towards lieutenant Dan and Bubba was both scary but humbling. He was certainly not outwardly rewarded as far as trying to save Bubba went, but the business venture that Bubba had constantly proposed (to go into, the shrimping business) paid off ultimately as did lieutenant Dan`s timely turn around. Although at first, Lieutenant Dan was outraged at having been taken by forrest from his men, and unceremoniously dumped on the hard ground, battered and torn, he later came to terms with losing both his legs and in his own way ultimately thanked Forrest for having saved his life. His own way, came as an unexpected bonus to the closing of this compelling film.

Sally field, who played the part of Forrest Gump`s mother did so with believable sensitivity. I felt crushed when she died, leaving Forest with nobody to turn to, but in true Forrest style he was not phased by this for long, and his tireless enthusiasm led him to so many new adventures, and subsequently fatherhood. His one time love Jenny, eventually returned to him after leading a sad and hectic life. She had been bumping in and out of failed relationships due to an horrific childhood.She slowly stops running, long enough to recognize his kindness and strength, and finally turns to him for comfort and assurance. In return, the inevitable happened, and they made love. It was a few years later that Forrest discovered that he was a father, and tragically Jenny died leaving him to bring his son up alone. This was a role he took pride in. Who better that himself to understand just how a child`s mind works? Brilliant film. Definitely worth a box of hankies or two.

Go ahead, disagree. I dare you.

Forrest Gump is the best movie ever. It contains a mountain of mixed emotions, a colourful, full bodied story, A witty drama, punctuated with moments of sadness. A must see..

Iconic film. Left me seeing an open window for a follow up tale about Forrest as a father..

Do you think another film should be produced about Forrest Gump`s son?

Tom Hanks or Jim Carey? who would you pick for the role of Forrest Gump?

Who would win in a fight?

"Stupid is as stupid does" (Forrest Gump)...

I am a true movie buff, from drama to comedy, horror to thriller, I have watched hundreds of them! This is primarily a comedy-drama. It`s well written, and well directed. It`s a classic, and Forrest Gump is the kind of person who creates empathy. He may be a little slow but has a heart of gold. His supportive mother, played by Sally Fields shows strength and pride is her son. Achingly sad, when she exits..

I rate this film highly, it`s a myriad of emotions..