Why did you see this film?

I don’t remember seeing this trailer in the Theatres, so I can’t form an opinion of the film, because that’s what trailers should evoke. Decided to see it, based on that premise, and that I had a free movie ticket (due to point accumulation). If you’ve been one of my many Followers, you already know that I like the “Alpha Male” type, Action/Adventure flicks! Being a newly converted fan of Chris Pine’s, and loving Ben Foster’s performance in The Mechanic, this gave me additional reasons for seeing the film. Add in Jeff Bridges and I think you have a film with great potential.

Briefly, here is the film’s story, if you like Action/Adventure set in modern day. The story is actually a Western (in the true sense). It had all the elements of story: Characters, Action, Nice use of dialogue, Nice use of action happening off-camera letting the Movie Viewer fill-in-the-blank, Scenery, and Plotlines (introduced and resolved).

IMHO, It was better than The Magnificent Seven…so here’s your “Western for the Weekend.” The Howard brothers beat out the Pidgen brothers anyday!

All these Qs are answered by the end of the film!

On a surface note, the phrase “Come hell or high water,” typically means to do whatever it takes to get to the desired outcome. It carries a double meaning in this film, since there is a legal clause “hell or high water,” usually pertaining to a lease, where payments must continue, irrespective of any difficulties which the paying party may encounter.

If you liked the two brothers in this one film, please see The Finest Hours, also released in 2016. I will provide a film review, once I see it.

My take on it

Q: As a story, did it make sense?
A: Heck yeah! I haven’t seen a film like this in a long while. Loved the people they meet on-the-road, as they each had their “say” on life. It’s been a few years since I’ve been traveling in that part of the country, so I absolutely loved it.

Q: Would you have done anything differently, had you been the Director-Producer-Screenwriter?
A: No, it was really good. My hats off to everyone involved in this project. Waiting to see what else this Creative Team can produce as its next film.

Q: Did it deliver?
A: Most definitely. The casting was really good, so thank you to the Casting Department. Plot was excellent, as how the money was “converted,” is how it’s done in the Western states! The Ending was satisfying to me, as the main plotline was resolved, and as both remaining characters walk away, possibly, to meet again in the future, if Antagonist A chooses to do so. Absolutely loved the Music! The Cinematography was done nicely, too, as I didn’t know that Drones could be used in filmmaking.
On a side note, one of my writers and I were discussing The Magnificent Seven’s cinematography, to where he said “Wouldn’t it be nice if they filmed it…?” As it turns out, our Scouting Discussion led us to the filming locations used in this film.

Q: What type of Film Theory did it encompass?
A: With the complexity involved in some of today’s filmmaking (cast of thousands, big budget, lots of plotlines), it was nice to see a simpler story told on-screen, realistically delivered, and in the end, Believable. There were not a lot of characters in the story, so the Acting, different on-site locations (scenery, local people) was what made the story believable. Traveling on the road is a modern day form of the Western.

Its USA working title was “Comancheria.” It was named this, because there were certain parts of the surrounding territory that was occupied by the Comanche before 1860s.

This film was shot externally in Clovis, Portales, Tucumcari, and Albuquerque, New Mexico, during June 2015. Other parts of the USA were used, including a casino along Route 66, with the casino employees being voluntary extras. The townfolk in Clovis also were voluntary extras. Although the film’s story occurs in West Texas, none of the scenes were actually filmed there.

The high speed chase was shot on NM State Road 311, just past Ranchvale.

Production costs are estimated to be $12 million.

During the Ending credit roll, there were two of the Director’s relatives, to whom the film was dedicated. 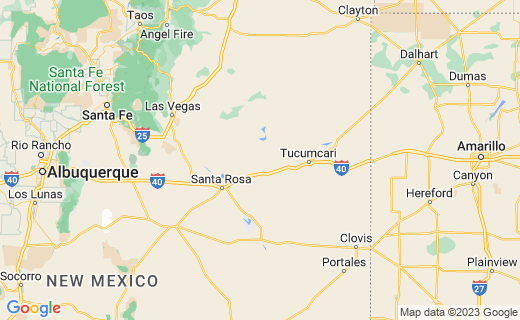 For those followers who chose to see this film, please share…

Yea, Sistah had a good time @ the Movies! Thanks for supporting one of the Movies of the week! & see you next time, Pam