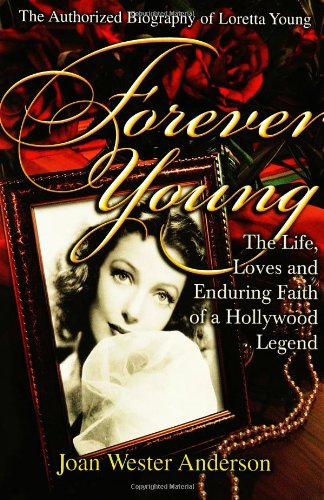 Forever Young : The Life, Loves, and Enduring Faith of a Hollywood Legend ; The Authorized Biography of Loretta Young
Buy Now

Beautiful Loretta Young and her three sisters were all Hollywood stars, but Loretta was the stand out. She was born in 1913 and had a bit part in a movie by 1914. She had numerous supporting roles throughout the 20's and was becoming wildly successful in talkies. In the early thirties she starred in They Call it Sin, Born to Be Bad, Employees Entrance and numerous pre code, racy films.

Loretta was very religious and would battle with her faith and the sinful ways of the film world throughout her life. She went to see a Jesuit Priest in her mid teens and had him come to her house once per week.

Father Ward told Loretta that in her profession she was a public figure and people would look up to her and follow her examples. He explained that young minds could easily rationalize, "If Loretta Young, a Catholic girl, could do these things then its okay for we Catholics to to the same. This understanding would stay with Loretta Young all her life. She never wanted to play evil characters, and did her best to live a clean and respectable life that her public could look upon as a respectable role model. 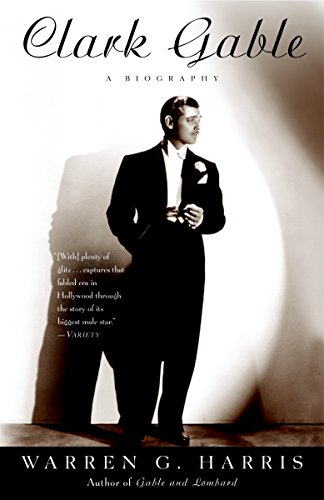 Call Of The Wild

In 1935 Loretta made Call Of The Wild with Clark Gable. The two were in love and the entire movie industry knew it. Many of those who were close to Gable thought that he would divorce his wife Ria, and marry Loretta. But both stars were at the very peak of their fame, and a marriage would have been inconvenient.

After the filming of Call Of The Wild the relationship seemed to cool, and Gable asked his wife for a divorce. Loretta was terrified over the publicity, and the fact that she and Clark had conceived a child. Gable visited Loretta on the set of her next picture and the entire studio was buzzing about Loretta Young being the cause of Gable's marriage problems. Young still viewed Gable as a married man, and was terrified of the negative publicity and she was now beginning to show. She and her mother took a trip to Europe to get the gossip columnists off their backs.

There were outlandish rumors about Loretta possibly being ill, scarred or pregnant. Loretta quietly returned to her home in Venice, where she was in hiding for the remainder of her pregnancy. A doctor came to her home to deliver her baby girl, and a telegram was sent to Gable that read BABY GIRL BORN 8:15 THIS MORNING, which Clark tore up immediately.

After the birth of Judy Young, Loretta had a nurse take full charge of the baby while she made an effort to squelch all rumors that were running rampant. She wanted to look as though she had taken a much needed rest and was back in actin with no sign of a baby.

Although the father is listed as unknown on the birth certificate, the baptismal certificate lists Judy Young as Judy Gable.

Gable was tangled in a bitter divorce, and Loretta was secretly visiting her daughter, and in 1937, two years after her baby was born, she announced that she was going to adopt a girl.

The rumors never stopped, and as the little girl grew up, she looked more like her father than she did her mother.

Loretta admitted to her daughter that she was her real mother and that Clark Gable was her true father. Judy's reality was devastated. Of course she wanted the truth to come out and to bury the deception once and for all. But Loretta Young would never again admit that Judy was her real daughter.

In 1990 while Loretta was giving an interview to Parade magazine, the writer asked if those rumors were true, and Young replied, "I was never involved with Gable. Those were rumors in the 30's and I guess they will always be rumors."

Judy Young now Judy Lewis published a book that she called "uncommon Knowledge," in which she describes the whole deception, and some of the detective work she herself has done. This whole charade has been painful for Judy. As an adult, she wanted the freedom to talk openly about her "real" life and stop the decades old pretending, but Loretta forever held what the Priest told her in the 1920s, "If its something Loretta Young has done, then it is okay for us too."