Ever wondered what the Hollywood top ten movies are? Here's the top ten list of the best Hollywood movies of all time according to IMDB. If you haven't seen some of them, better go and get your hands on the DVD. These are the movies everyone should watch for the cultural enrichment and for the real magical movie experience that seems to be rare now in recent Hollywood movies.

Without further ado, here's the Top Ten Hollywood Movies of all time.

The Shawshank Redemption is a 1994 American prison drama film, written and directed by Frank Darabont, based on the Stephen King novella, Rita Hayworth and Shawshank Redemption. The film stars Tim Robbins as Andrew "Andy" Dufresne and Morgan Freeman as Ellis Boyd "Red" Redding.

The film portrays Andy spending nearly two decades in Shawshank State Prison, a fictional penitentiary in Maine, and his friendship with Red, a fellow inmate. This movie exemplifies the potential gap between initial box office success and ultimate popularity. Despite a lukewarm box office reception that was barely enough to cover its budget, The Shawshank Redemption received favorable reviews from critics and has since enjoyed a remarkable life on cable television, home videotape, DVD and Blu-ray. It continues to be hailed by critics and audiences alike, 15 years after its initial release, and is ranked among the greatest films of all time. 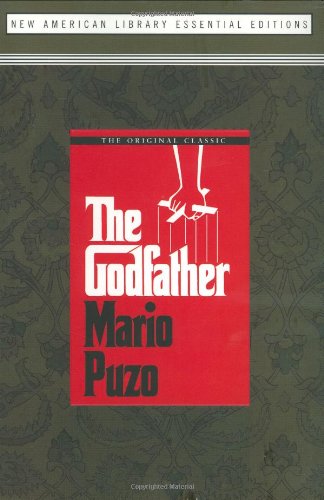 The Godfather is an American 1972 crime drama film based on the 1969 novel of the same name by Mario Puzo and directed by Francis Ford Coppola from a screenplay by Puzo, Coppola, and Robert Towne, who was not credited.[3] It stars Marlon Brando, Al Pacino, James Caan, Richard S. Castellano, Robert Duvall, Sterling Hayden, John Marley, Richard Conte and Diane Keaton, and features John Cazale and Abe Vigoda. The story spans ten years from 1945 to 1955 and chronicles the fictional Italian-American Corleone crime family.

The Godfather received Academy Awards for Best Picture, Best Actor, and Best Adapted Screenplay, and has been selected for preservation in the United States National Film Registry. In addition, it is ranked as the second greatest film in American cinematic history, behind Citizen Kane on the AFI's 100 Years... 100 Movies (10th Anniversary Edition) list by the American Film Institute.

The Godfather Part II is an American 1974 crime drama film directed by Francis Ford Coppola from a script co-written with Mario Puzo. The film is both a sequel and a prequel to The Godfather, chronicling the story of the Corleone family following the events of the first film while also depicting the rise to power of the young Vito Corleone. The film stars Al Pacino, Robert Duvall, Diane Keaton, John Cazale, and Talia Shire. New cast members include Robert De Niro, Michael V. Gazzo and Lee Strasberg.

The Godfather Part II was nominated for 11 Academy Awards and won six, including Best Picture[1] and Best Supporting Actor for Robert De Niro, and it has been selected for preservation in the U.S. National Film Registry.

The Good, the Bad and the Ugly (Two-Disc Blu-ray/DVD Combo in Blu-ray Packaging)
Watch the movie in Blueray.
Buy Now

The Good, The Bad And The Ugly Trailer

Number 5: The Good, The Bad And the Ugly

The Good, the Bad and the Ugly (Italian: Il Buono, il Brutto, il Cattivo) is a 1966 Italian epic spaghetti western film directed by Sergio Leone, starring Clint Eastwood, Lee Van Cleef, and Eli Wallach in the title roles. The screenplay was written by Age & Scarpelli, Luciano Vincenzoni and Leone, based on a story by Vincenzoni and Leone. Director of photography Tonino Delli Colli was responsible for the film's sweeping widescreen cinematography and Ennio Morricone composed the famous film score. It is the third and final film in the Dollars trilogy following A Fistful of Dollars (1964) and For a Few Dollars More (1965). The plot centers around three gunslingers competing to find a fortune in buried Confederate gold amid the violent chaos of gunfights, hangings, and Civil War battles and prison camps.[2]

Opening on December 15, 1966 in Italy and in the U.S. on December 23, 1967, the film grossed $6.1 million,[2] but was criticized for its depiction of violence.[3] Leone explains that "the killings in my films are exaggerated because I wanted to make a tongue-in-cheek satire on run-of-the-mill westerns... The west was made by violent, uncomplicated men, and it is this strength and simplicity that I try to recapture in my pictures."[4] To this day, Leone's effort to reinvigorate the timeworn Western is widely acknowledged:[5] The Good, the Bad and the Ugly has been described as European cinema's best representative of the Western genre film,[6] and Quentin Tarantino has called it "the best-directed film of all time."[7]

Pulp Fiction (1994) is an American crime film directed by Quentin Tarantino, who cowrote its screenplay with Roger Avary. The film is known for its rich, eclectic dialogue, ironic mix of humor and violence, nonlinear storyline, and host of cinematic and pop culture references. The film was nominated for seven Oscars, including Best Picture; Tarantino and Avary won for Best Original Screenplay. It was also awarded the Palme d'Or at the Cannes Film Festival. A major commercial success, it revitalized the career of its leading man, John Travolta, who received an Academy Award nomination, as did costars Samuel L. Jackson and Uma Thurman.

The film's title refers to the pulp magazines and hardboiled crime novels popular during the mid-20th century, known for their graphic violence and punchy dialogue. Pulp Fiction is self-referential from its opening moments, beginning with a title card that gives two dictionary definitions of "pulp". The plot, in keeping with most of Tarantino's other works, is presented out of chronological sequence. The picture's self-reflexivity, unconventional structure, and extensive use of homage and pastiche have led critics to describe it as a prime example of postmodern film. Pulp Fiction is viewed as the inspiration for many later movies that adopted various elements of its style. The nature of its development, marketing, and distribution and its consequent profitability had a sweeping effect on the field of independent cinema. A cultural watershed, Pulp Fiction's influence has been felt in several other popular media.

The Dark Knight is a 2008 superhero film directed and co-written by Christopher Nolan. Based on the DC Comics character Batman, the film is part of Nolan's Batman film series and a sequel to 2005's Batman Begins. Christian Bale reprises the lead role. The film follows Bruce Wayne/Batman (Bale), District Attorney Harvey Dent (Aaron Eckhart), Assistant D.A. Rachel Dawes (Maggie Gyllenhaal), and Police Commissioner James Gordon (Gary Oldman) and their struggles and journey in combating the new rising threat of a criminal who goes by the name of the "Joker" (Heath Ledger). His identity is left a mystery in the film, while Dent's transformation from heroic district attorney to disfigured killer Two-Face is presented entirely. Nolan's inspiration for the film was the Joker's comic book debut in 1940, and the 1996 series The Long Halloween, which retold Two-Face's origin. The Dark Knight was filmed primarily in Chicago, as well as in several other locations in the United States, the United Kingdom, and Hong Kong. Nolan used an IMAX camera to film some sequences, including the Joker's first appearance in the film.

On January 22, 2008, after he had completed filming The Dark Knight, Heath Ledger died from a toxic combination of prescription drugs, leading to intense attention from the press and moviegoing public. Warner Bros. had initially created a viral marketing campaign for The Dark Knight, developing promotional websites and trailers highlighting screen shots of Ledger as the Joker, but after Ledger's death, the studio refocused its promotional campaign.[2][3] The film was released on July 16, 2008 in Australia, on July 18, 2008 in North America, and on July 24, 2008 in the United Kingdom. Before its box office debut in North America, record numbers of advanced tickets were sold for The Dark Knight. It was greeted with positive reviews upon release,[4] and became only the second film to earn more than $500 million at the North American box office, setting numerous other records in the process. It is also the fourth highest grossing film worldwide, and only the fourth film to earn more than $1 billion. Following its critical and commercial success, The Dark Knight has gone to garner multiple awards ranging from Best Picture to Best Special Effects.

One Flew Over The Cuckoos Nest Trailer

Number 8: One Flew Over the Cuckoos Nest

There had been an earlier stage version of the book, in 1963, but the film does not use the script of the stage version.

The movie was filmed at Oregon State Hospital in Salem, Oregon, which was the setting of the novel.

12 Angry Men is a 1957 American drama film adapted from a play. Directed by Sidney Lumet, the film tells the story of a jury made up of 12 men as they deliberate the guilt or innocence of a defendant on the basis of reasonable doubt. The film is notable for its almost exclusive use of one set: with the exception of two short scenes at the beginning and the end of the film set on the steps of the court building and two short scenes in an adjoining washroom, the entire movie takes place in the jury room.

Apart from two of the jurors swapping names while leaving the courthouse, no names are used in the film: the defendant is referred to as "the boy" and the witnesses as the "old man" and "the lady across the street".

In 2007, 12 Angry Men was selected for preservation in the United States National Film Registry by the Library of Congress as being "culturally, historically, or aesthetically significant".

Star Wars Episode V: The Empire Strikes Back is a 1980 space opera film directed by Irvin Kershner. The screenplay, based on a story by George Lucas, was written by Leigh Brackett and Lawrence Kasdan. It was the second film released in the Star Wars saga, being followed by Star Wars Episode VI: Return of the Jedi, and the fifth in terms of internal chronology.

The film is set three years after the destruction of the Death Star. Luke Skywalker, Han Solo, Princess Leia Organa, and the rest of the Rebel Alliance are being pursued by Darth Vader and the elite forces of the Galactic Empire. While Han and Leia are chased across the galaxy by the Empire, Luke studies the Force under Jedi Master Yoda. Vader is secretly plotting a trap for Luke that will lead to a vicious confrontation and a shocking revelation.

Following a difficult production, The Empire Strikes Back was released on May 21, 1980, and received mixed reviews from critics, though it has since grown in esteem to become one of the most well-regarded chapters of the saga and one of the most highly rated films in history.[3][4][5][6] It earned more than US$538 million worldwide over the original run and several re-releases, making it the highest grossing film of 1980. When adjusted for inflation, it is the 12th highest grossing film of all time in the United States.

Did you know that you can watch all these movies for FREE at Netflix? Give it a try.